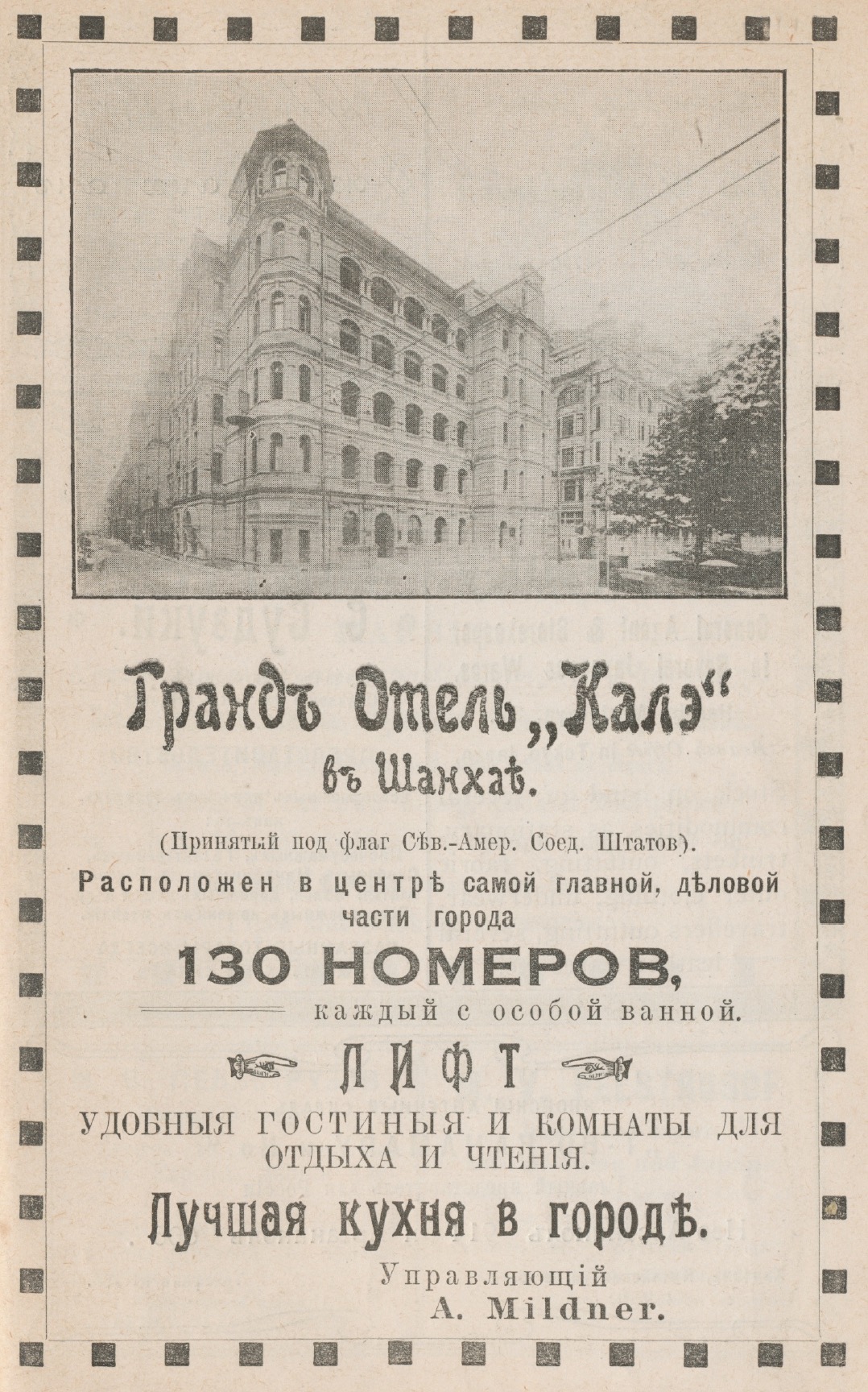 (the image is courtesy of Michael Rank)

The ad reads:
"Grand Hotel Kalee in Shanghai
(under the flag of the North-American States)
Located in the center of the business district
130 rooms,
each with its own bathroom.
ELEVATOR
Comfortable drawing rooms and places for rest and reading.
Best kitchen in the city.
Managed by A. Mildner"

Here's one of the rooms:

And the private bathroom:

The hotel was established in 1887, on the southeast corner of Jiujiang Rd and Jiangxi Rd. Here is another view, behind the little park belonging to the Holy Trinity Church.

Here is another ad for it, from Wikipedia:

In 1930 the American Consulate moved into the building. What happened to the beautiful Kalee? The SMC report from 1937 has the answer:

The last observation is quite in the spirit of Shanghai.

The corner today, occupied by the building of Chongqing's Juxingcheng Bank 聚兴诚银行, built in 1937, the same year the Kalee was demolished. 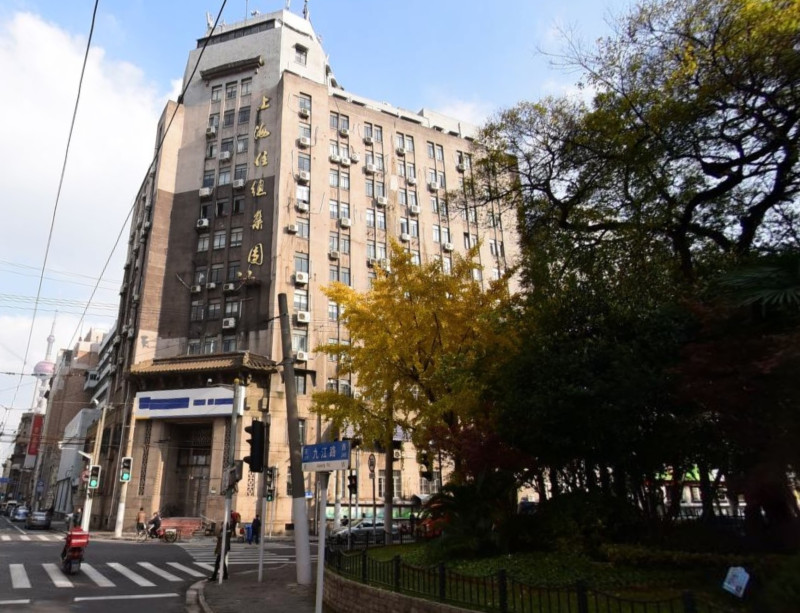