The oldest and most respected sanctuary in Shanghai – the Guangfu Temple – was located at 457 Middle Fangbang Rd. Today there is a five-story antiques and curio market, Cangbaolou 藏宝楼.

Guangfu Temple 广福寺, or the Temple of Extended Blessings, was not only the earliest Buddhist temple in Shanghai, it also survived well into the twentieth century. 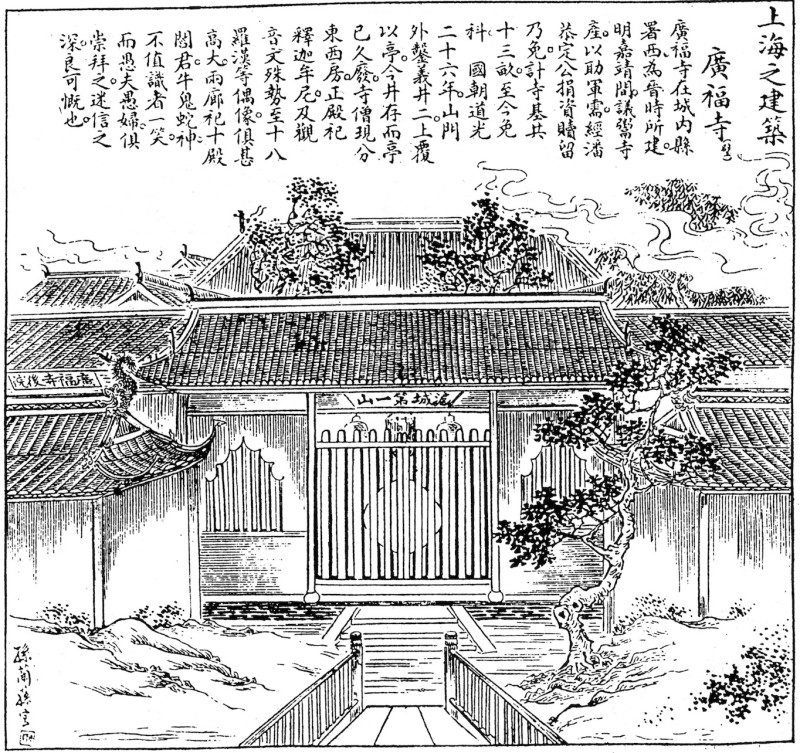 Guangfu Temple was built in the years 942–944 AD in the western part of Shanghai village, on the north bank of Fang Creek 方浜. A bowed bridge across the creek led to the towering ornamental gate proclaiming this to be the “Number One Mountain in Shanghai.” Past the vast courtyard, the Precious Hall of the Great Hero contained a giant statue of Sakyamuni Buddha, various Bodhisattvas and eighteen arhats, always enshrouded in thick incense smoke. Ten rooms around the courtyard housed shrines of Yama the King of Hell and other sinister gods and guardians. In the next six centuries Shanghai grew populous and wealthy; it became a county town. Official buildings, residences, warehouses and other temples appeared on the banks of Fang Creek and other downtown waterways. In the middle of the sixteenth century, Shanghai and other coastal towns suffered from attacks of coastal pirates. Struggling with the deficit of budget for military defense, Shanghai magistrate Yu Xianke proposed to sell the city-owned Guangfu Temple to private landowners. But the mighty Shanghai patriarch Pan En 潘恩 (who was governor of Henan at that time) summoned his son Pan Yunduan 潘允端 and sent him to Shanghai with enough money to redeem “Shanghai’s First Mountain.” In memory of this noble act, when Pan En’s died at the age of 87 the temple added a memorial gallery with his portrait painted on the wall. 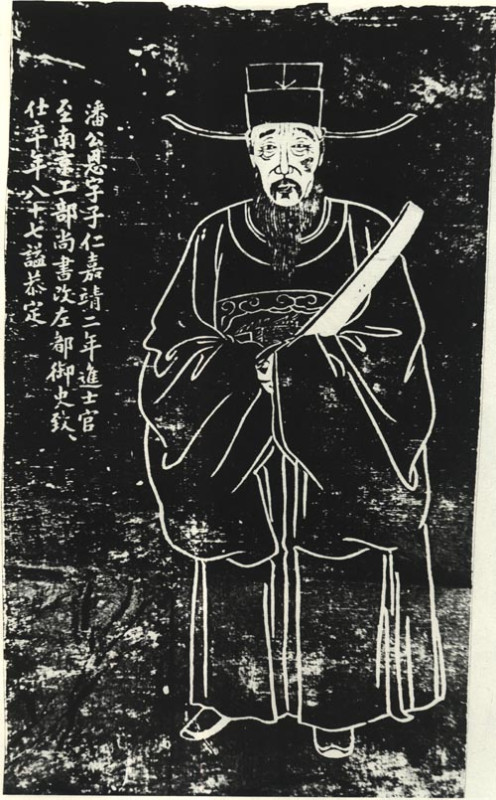 During the Qing era (1644–1911), Guangfu Temple thrived on private donations. In the 1840s a local merchant donated timber worth 10,000 dollars to carry out repairs. After many reconstructions and expansions the temple expanded to almost 9,000 sq meters of land. Some of the original architecture remained: the pillars of fragrant camphor wood supporting the roof were so thick it took two persons to wrap their arms around each of them. In 1846, in return for the community’s largesse, resident monks dug two deep wells right outside the temple gate, to provide a source of drinking water for the neighborhood.

After the Communist rule was established in 1949, ramshackle residences grew on all four sides of the temple. The main hall with the great Buddha became the seat of the local party committee. In the 1960s Red Guards vandalized the temple, tore out every ornament they could find and gutted several halls entirely. This was the end of the functioning temple that had been in use for one thousand years. 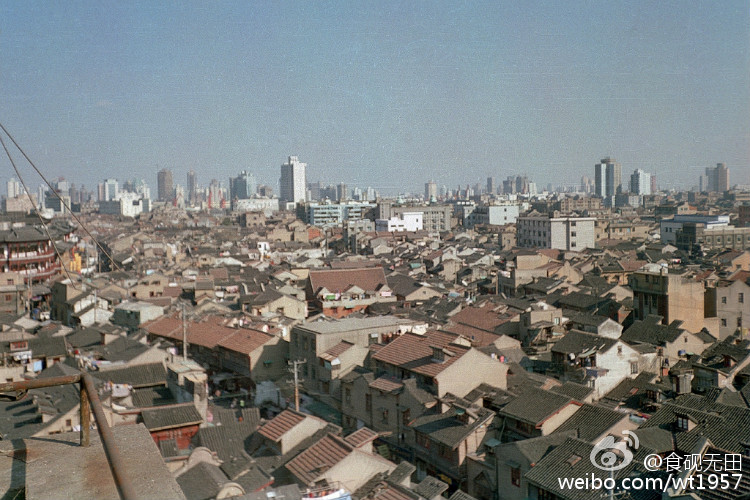 In the 1980s an electric meter factory was built in the place of the temple. The above photo was taken from the roof of the building in 1996 by Juha Loukola. During the construction of “Shanghai Old Street” in the 1990s, employees of the Cangbaolou antique market discovered one of the old wells west of the building. It was filled with groundwater and shut with a lid.

The book Shanghai Old Town. Topography of a Phantom City (2015 and 2018) is available online and in stores.
Collapse