Recently there was a nostalgic exhibition in our building (the Normandie Apartments), followed by the screening of a documentary on the oral history of the Normandie. One of the images used in the exhibition was the floor plan of the "First Bachelor Apartment Floor" of the I.S.S. building, drafted and signed by the associate archutect L. Hudec for the architectural firm of R. A. Curry. The image is clickable. 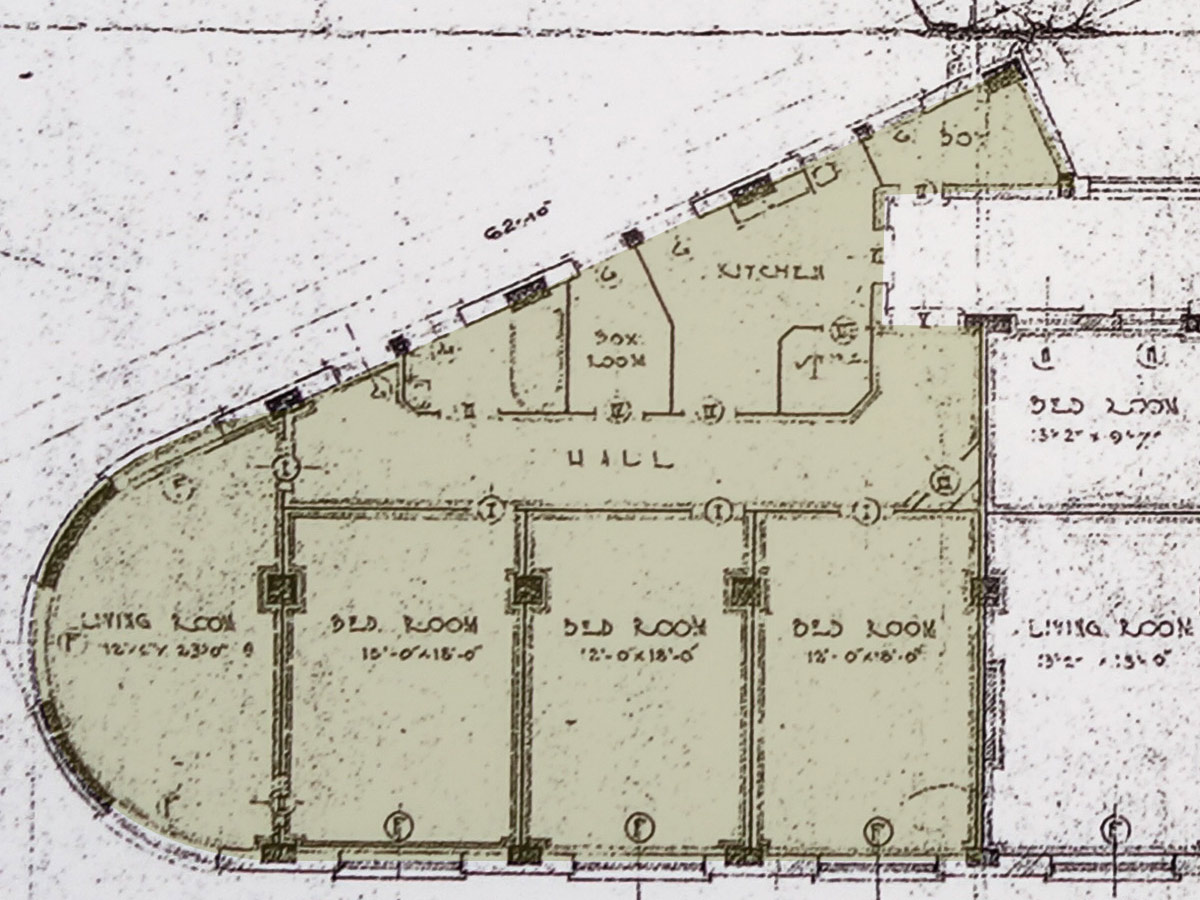 The corner apartment with three bedrooms, the royal pad of the bachelor floor, with a room for the "boy." 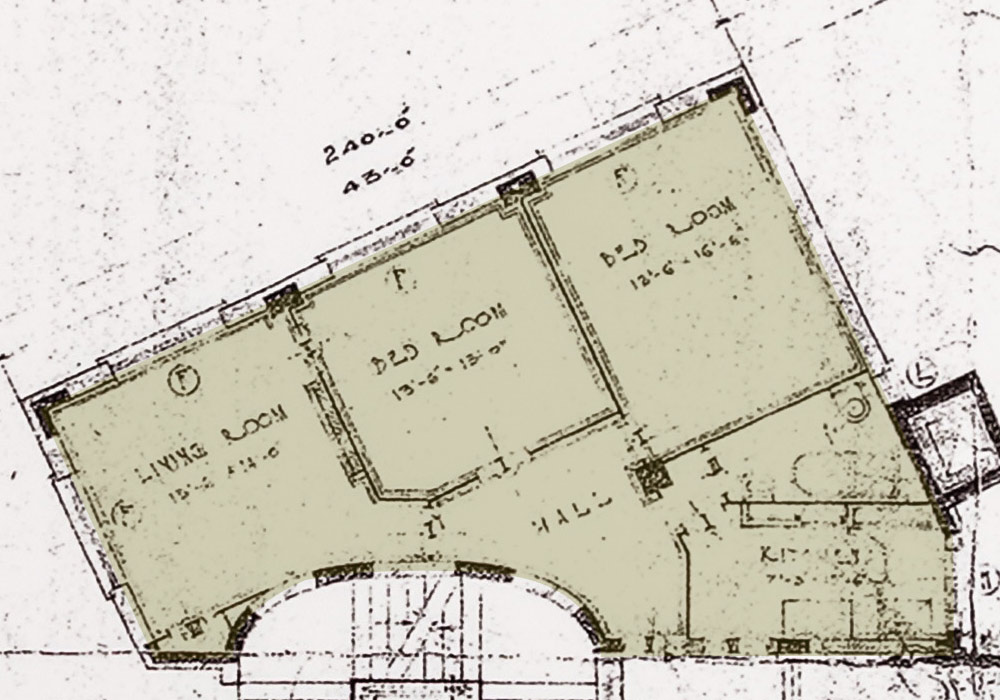 A two-bedroom apartment opposite the staircase, with the most unusual layout; it faces west and has the most sunlight. 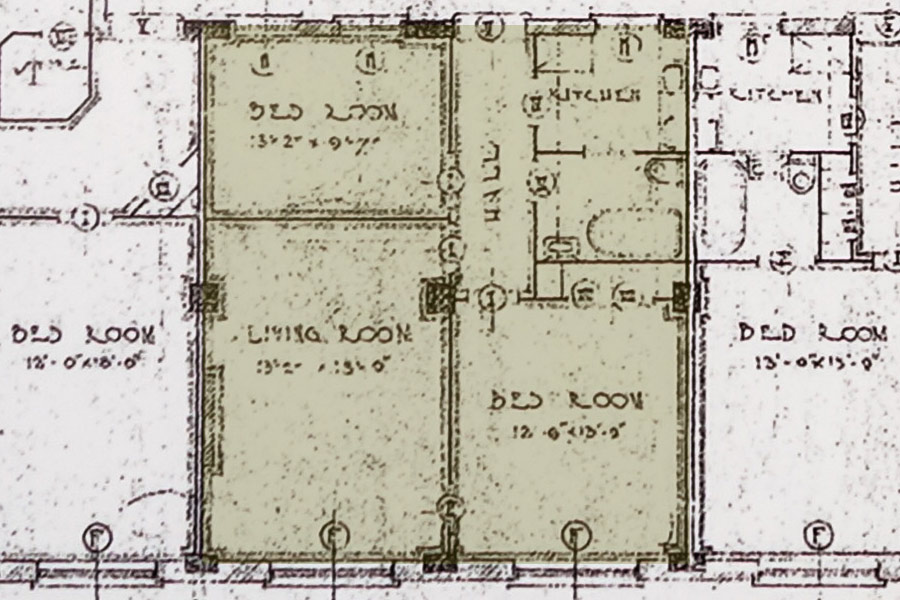 A two-bedroom / one-living room apartment on the Huaihai side. One bedroom is on the side of the public hallway, which is very surprising, because today the noise from the hallway would make it a bad idea. I guess, back in the day, there was much less action in the hallways (or people didn't get up very early). 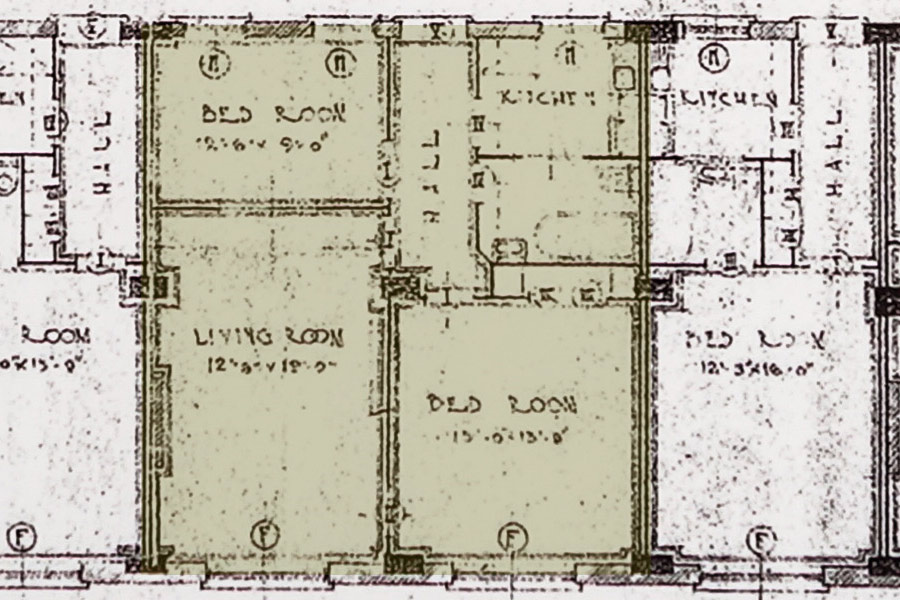 Another, similar two-bedroom / one-living room apartment, less desirable because of the elevator shafts opposite the front door. 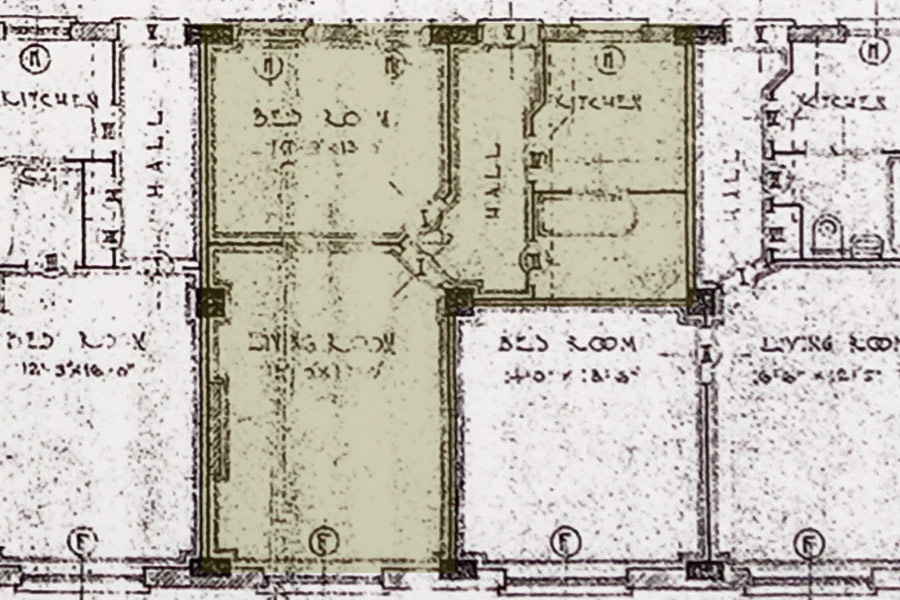 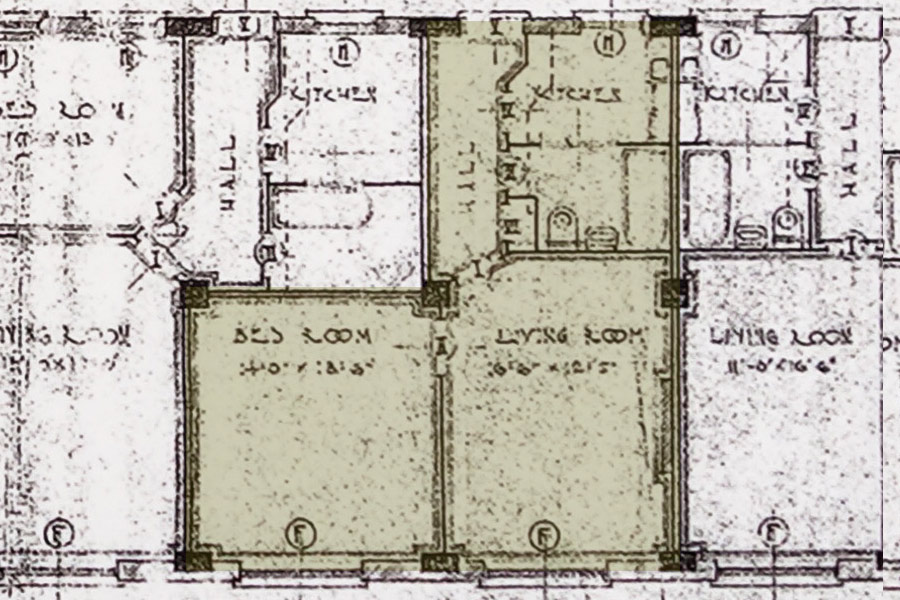 Another small bachelor pad, with a little variation. Truly, no two apartments in the Normandie were alike! 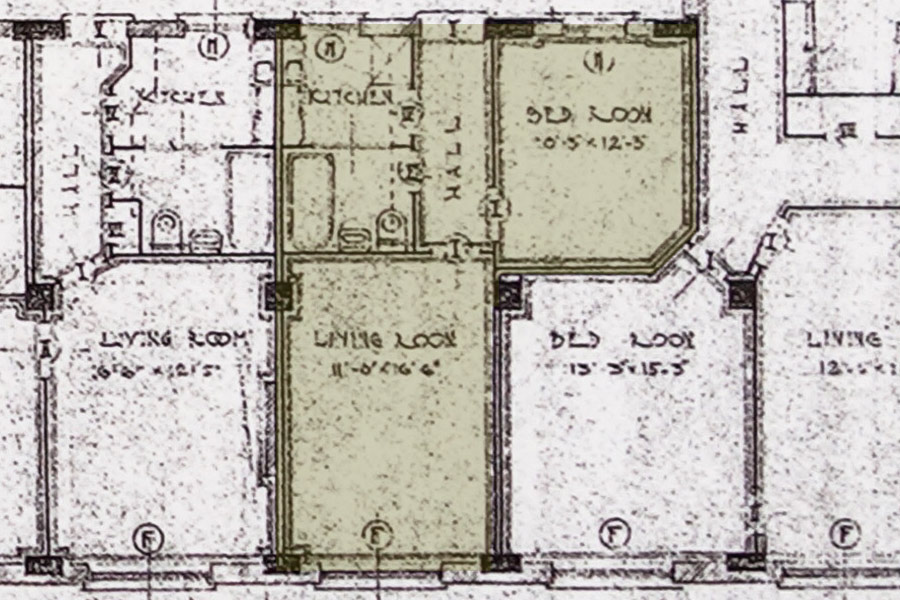 And another bachelor pad, close to the end of the hallway. 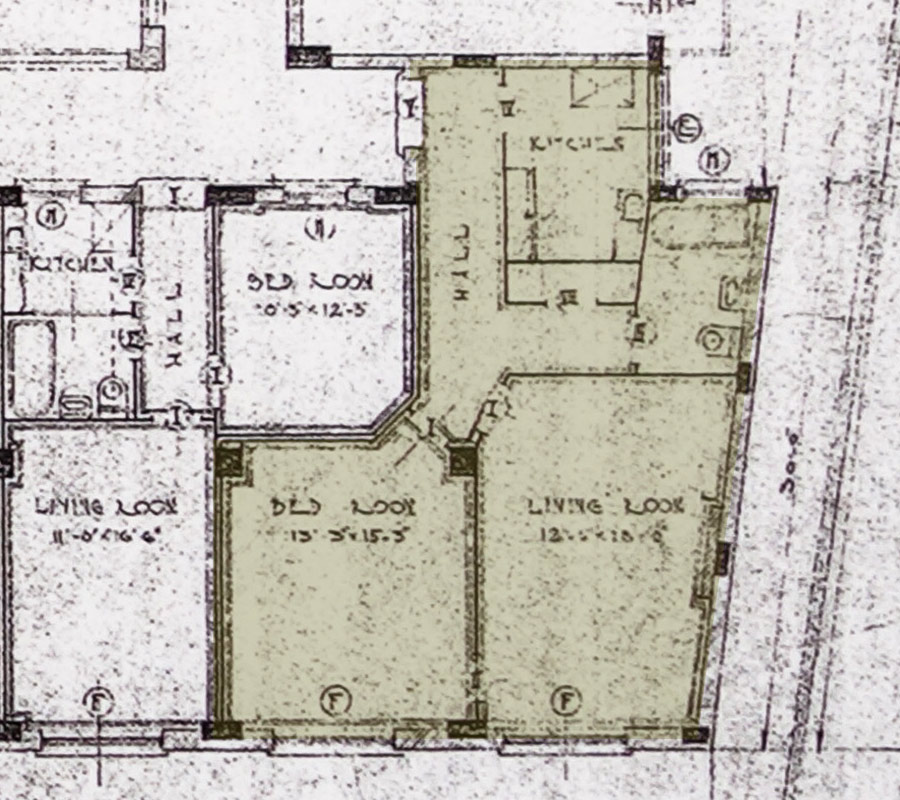 Another bachelor pad at the end of the hallway, with larger service areas. 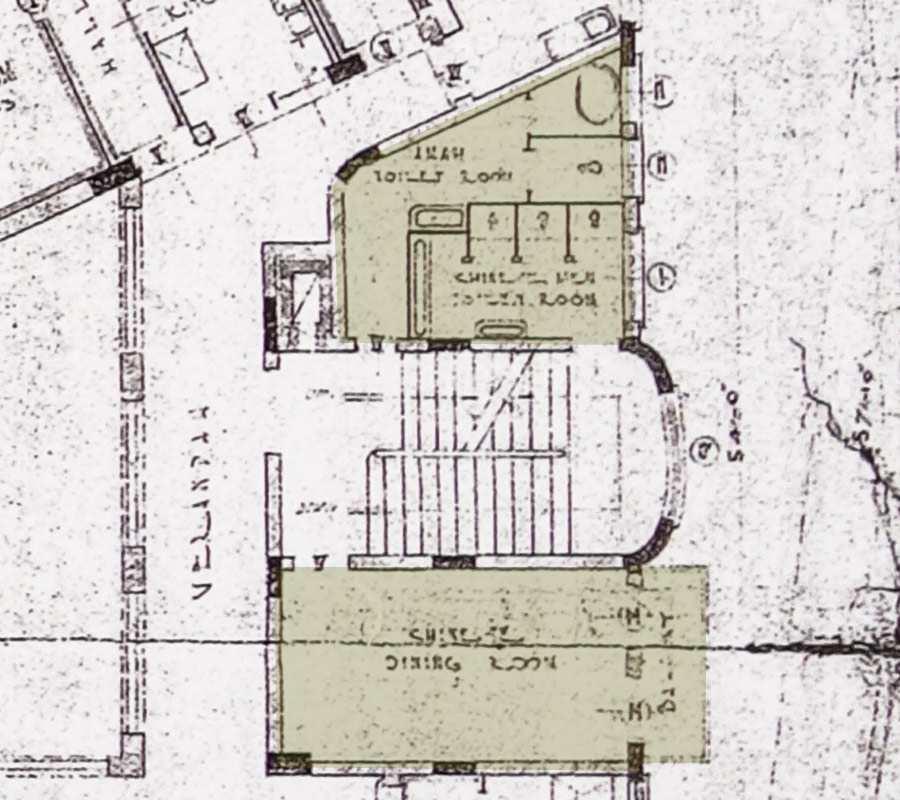 Servants' quarters around the back staircase, marked, bluntly, "Chinese dining room," "Chinese men toilet room" and "Amah toilet room." Today it is used as one aparrment. 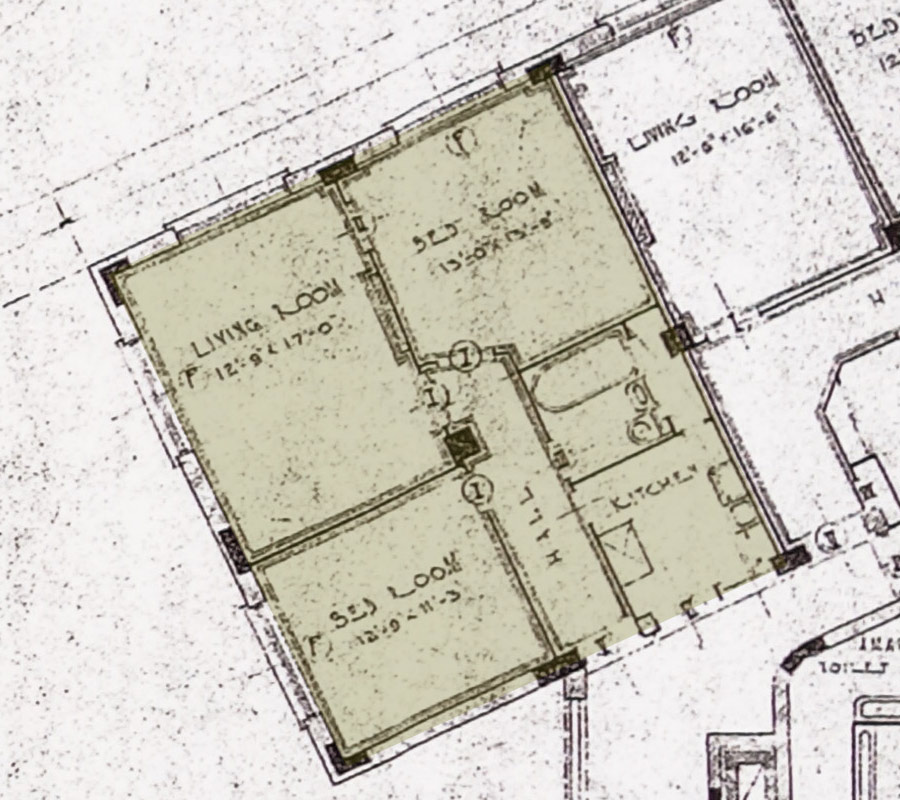 A two-bedroom apartment, at the north end of the building. 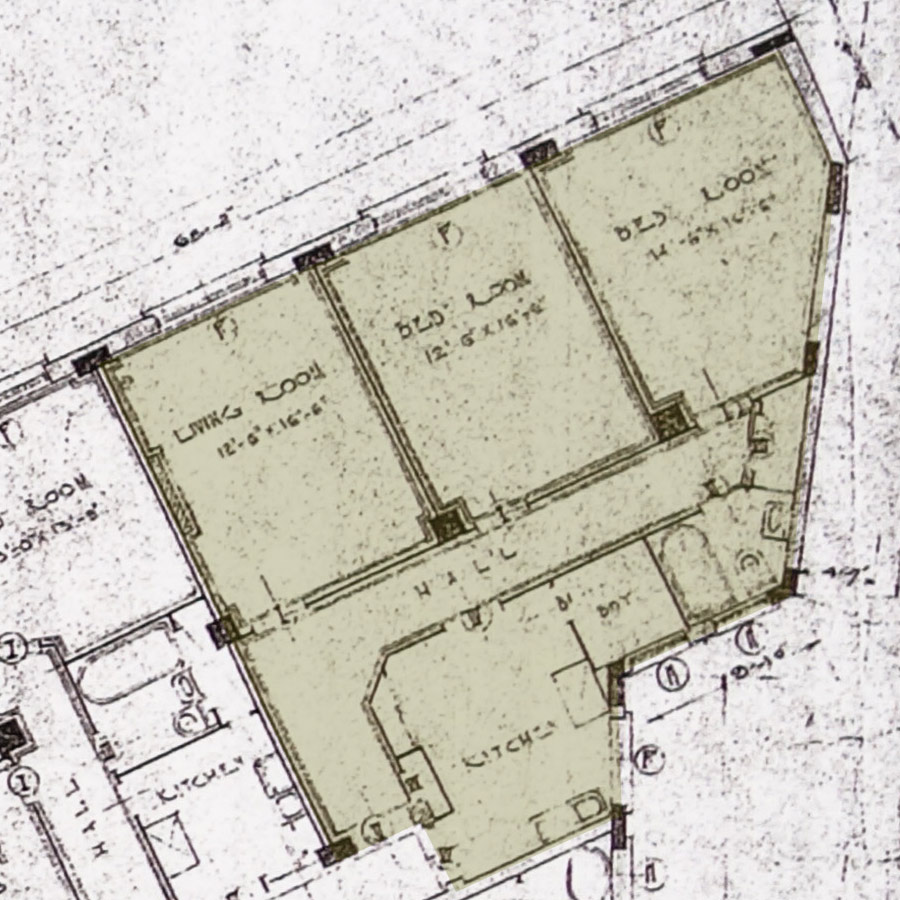 A two-bedroom apartment at the north end, with a little room for the "Boy" adjacent to the kitchen. 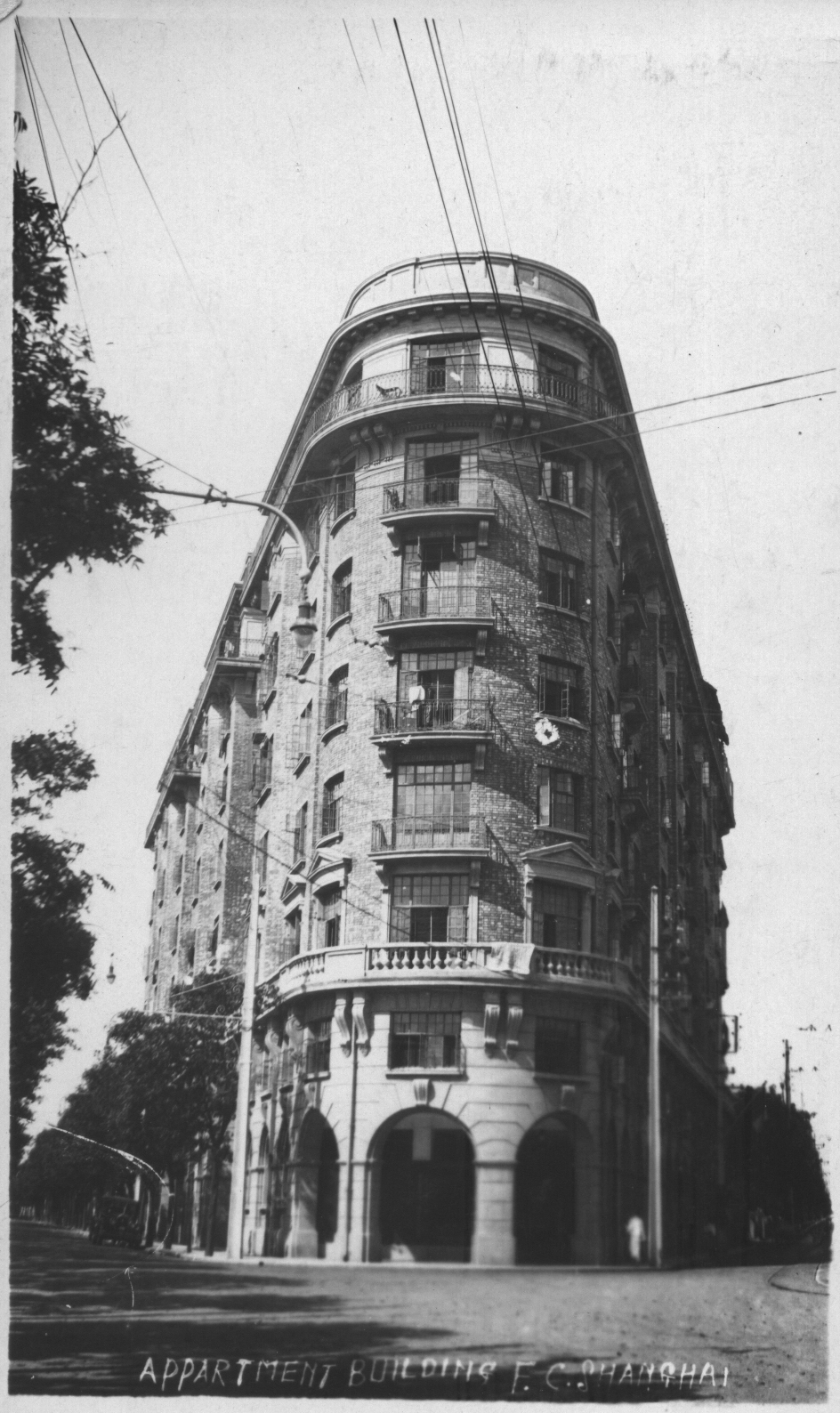 Here it is; the bachelor floor is the one above the arches.
Collapse