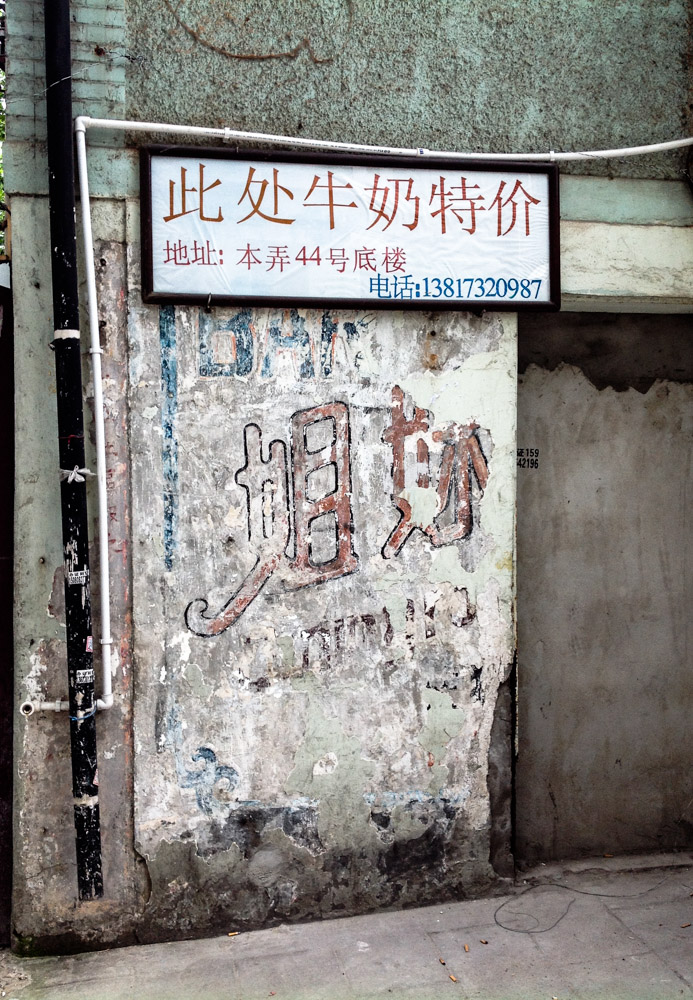 Today I was guiding a tour and noticed an old sign for a BAR 姐妹 at the eastern end of Yanqing Rd. Exciting discovery! it must be from the post-war period when many bars opened around these blocks, hoping to attract American army guys. I was very tempted to try to clean up the lower part and read the word at the bottom.

The sign became exposed because of relentless scraping and brushing this street has been subjected to in the recent weeks. 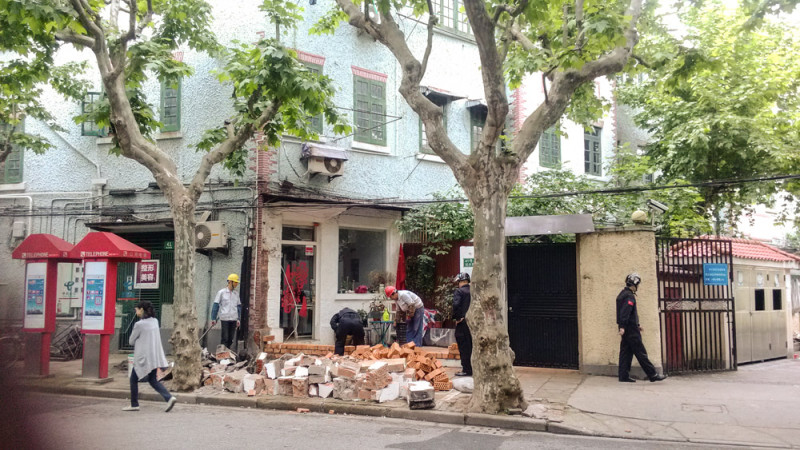 There has been a massive campaign to "demolish illegal structures," which include all the protruding signs, marquees, overhangs, porch extensions, added fences, partial enclosures, and other conveniences that residents and merchants have been adding to their places. 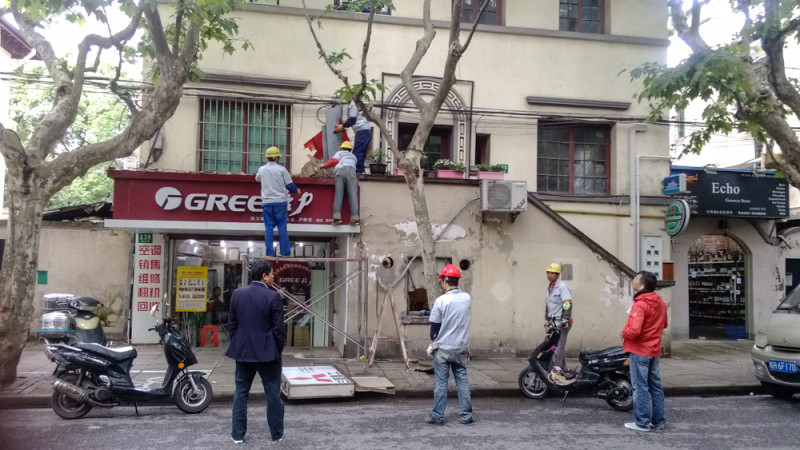 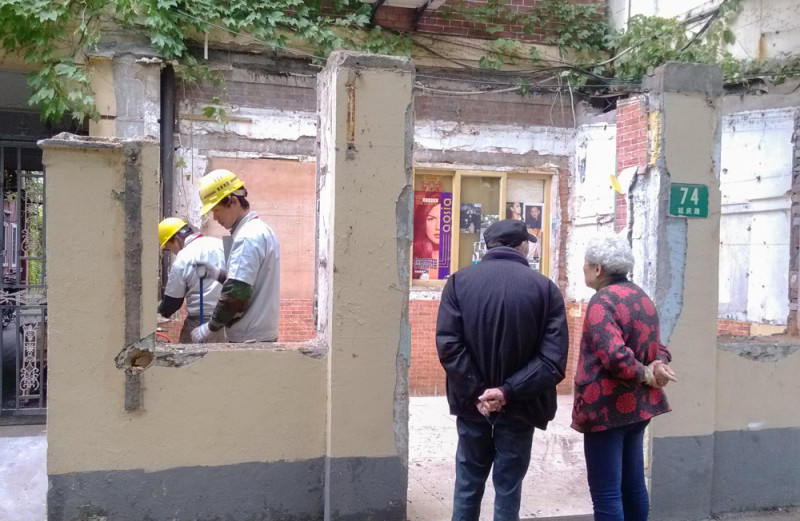 Residents watch how workers destroy the entrance to their neighbors' house. When the workers are done breaking down, walling off and bricking up they paint the resulting uniform wall a dull shade of gray – but not all the way to the top, just as far they arm reaches.