Shanghai's oldest building is about 700 years old; it had many names and many owners. At first it was called Guaranteed Protection Hall (Baodingtang) 保定堂, or alternatively, Agreeable Pavilion (Xianyitang) 咸宜堂. It belonged to the local nobleman Li Shen whose claim to fame was his marriage to a minor princess, which made him the Ming emperor's in-law. In memory of that royal marriage, Li's residence got nicknamed the Consort Pavilion (Fumating) 驸马亭. When the defense wall was built around Shanghai in 1553, the building found itself at the southern edge of the walled city.

The only existing archival photo of the ancient hall focuses on a single relic: a Song-dynasty stone support for a pillar. 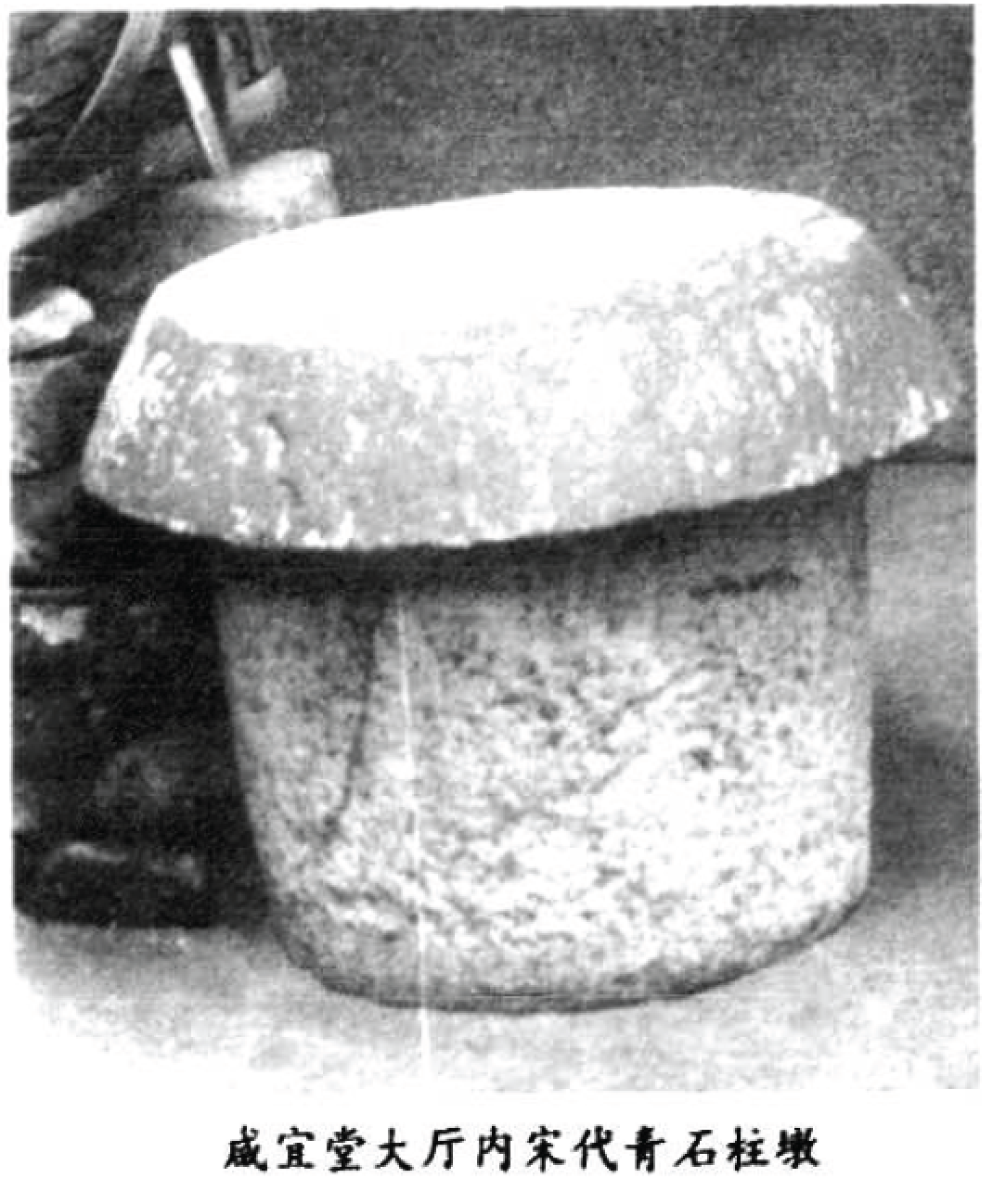 In the seventeenth century, the scholar Cao Chuican became the owner of this huge antiquated mansion. It was a spacious elongated hall, with floor-to-ceiling latticed windows encrusted with oyster shell. Until recently it was still standing, at the southern edge of the old town, hiding in the depth of a housing block at 705 Zhonghua Rd. It had become shared housing, but Cao's descendants were still living inside, alongside thirteen other families.

Despite the crowded conditions and multiple subdivisions, the roof-bearing columns and carved ceiling beams of precious nanmu wood still conveyed grandeur and antique refinement. But in 2001 the hall was torn down. A nondescript residential high-rise called Grand City Magnificent Garden grew in the place of Shanghai’s oldest building. 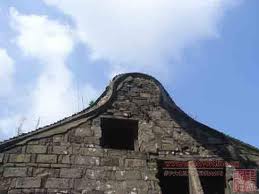 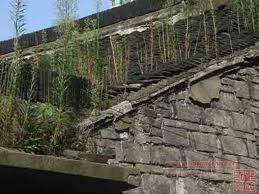 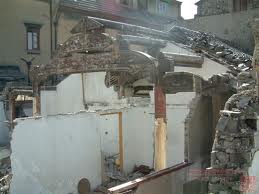 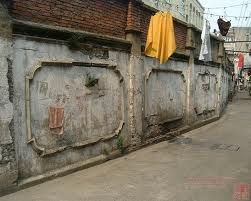 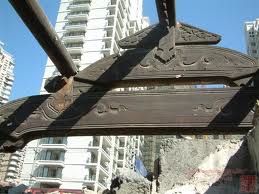 I found a few more photos of the old building before it was demolished. Some of the original wooden pillars, beams and latticed doors were stashed in the storeroom of the Confucian Temple. In this news article from 2013 the reporter was pleased to learn that nanmu wood is magically resistant to woodworms. The Chinese experts act as if the building still exists, in a dismantled state, but claim that the city does not have the money to put it back together.
Collapse