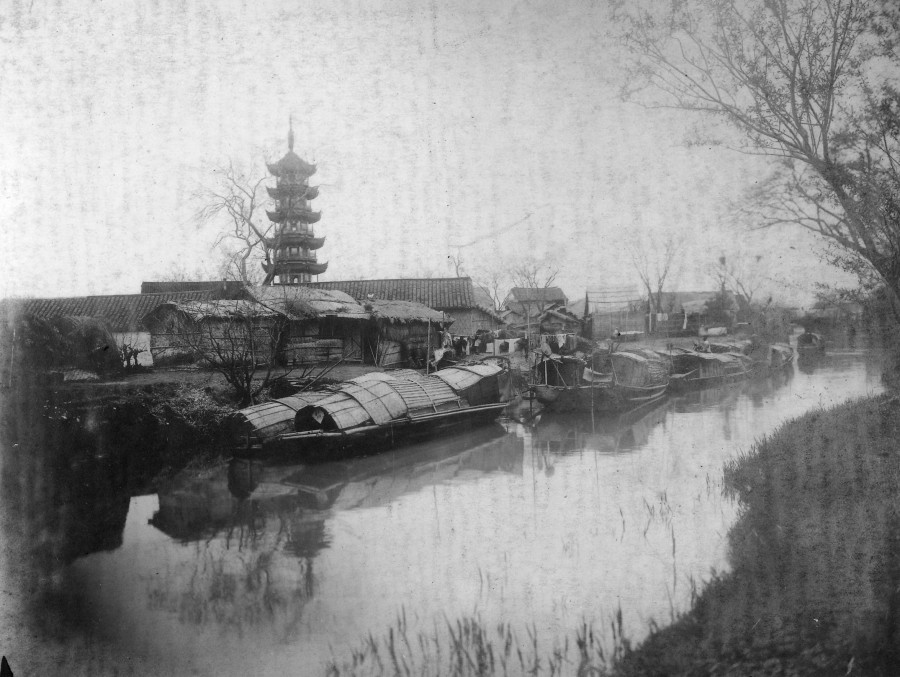 The excellent account by Rev. William C. Milne entitled "Life in China" (1857) has a curious description of dust storms that occured in Shanghai regularly in the 19th century:

"[...] Let us come to a meteorological fact that frequently appears at Shanghai, — a fall of dust. This happens once a year, sometimes twice, and occasionally with an interval of two or three years. In 1852 it fell in the month of December. But more commonly it occurs in the month of March; which agrees with the Chinese observation: "It usually descends during the second moon." It comes with the wind veering between north-east and north-west, continues for a day or two, and varies in intensity. It is an infinitesimally fine powder, — sometimes black, ordinarily yellow. Though no real fog or mist obscures the sun or moon, they are scarcely visible during the sand-shower, and, if visible, only as seen through a darkened glass.

The deposit of this exquisite powder is found to be a quarter of an inch thick in some places, after a fall of a day or two: it can penetrate the closest Venetians; it overspreads every article of furniture in the house; it finds its way into the most secluded apartments; it blows into the tightest wardrobe. In walking abroad, one's clothes are covered with dust, — the face gets dirty, the mouth and throat parched up, the teeth grate, the eyes become irritable, the ears tickle, the nostrils feel itchy; and it is to be feared that for ophthalmic and pulmonary patients these showers are far from beneficial. The fall used at times to extend as far as Ningpo, — also 200 miles out to sea, and (it has been said) inland over the midland provinces Honan and Kiangse."
The origins of the dust were unclear: some suspected desert sand from the northwest, some guessed the volcanic origin. In 1850 Milne sent a packet of dust to a naturalist in England but the analysis was vague. The scientist did not think that it was stardust, "but in order to form a correct opinion as to the source whence it came, many other particulars must be known."