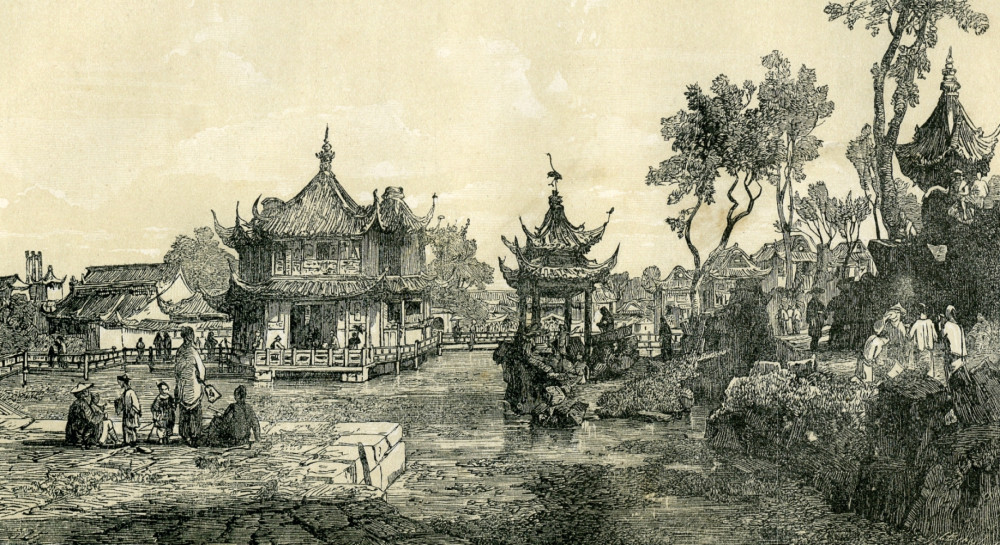 This picture of the Yuyuan Garden has a strange shape on the horizon, on the left. 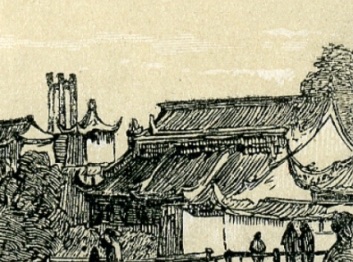 This is the tower of Sung Way Dong 圣会堂, a Baptist chapel built to the east of the Yu Garden, and inaugurated in March 1850 by the American missionaries J. Lewis Shuck and M. T. Yates. The tower was meant to be much taller, but the initial plan was thwarted by Chinese masons who were unable to build such structures. 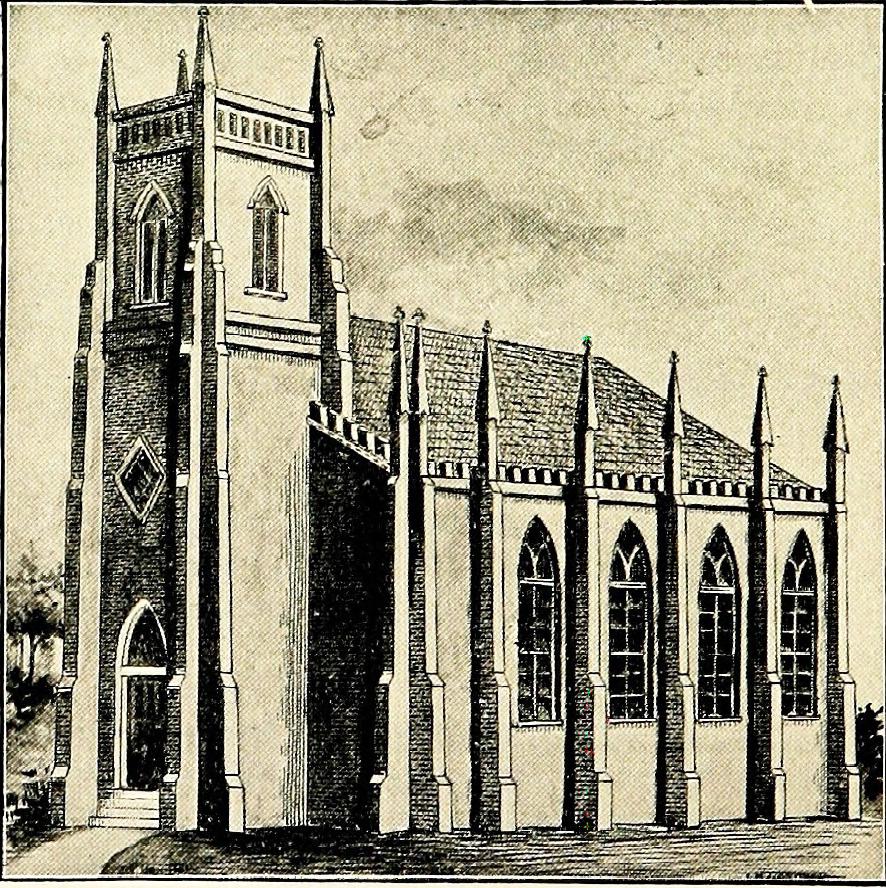 This church was the first western-style building so close to the center of the walled city. The angular brick edifice with spiky buttresses and a 24-meter tower was the tallest building for several miles around. The curiosity it aroused in Shanghai locals bordered on hostility. Many believed the tower disturbed the fengshui of the area and trapped bad energies. When the church was nearing completion, in 1849, a sudden death of the city magistrate Wang Shaofu was blamed on the church tower because it “was due north – the point of evil influence – from the magistrate’s residence.”

With time the tower became a local landmark and a “great civilizer,” while Yates became an expert of fengshui. Thanks to relentless proselytizing, the church attendance was slowly growing, but the parish consisted exclusively of men. Trying to entice Chinese women to visit the church, the missionary wife Martha Crawford would sit in the specially built women's gallery, hoping to draw Chinese women in. "If the missionaries had then known, as they learned later, that respectable women avoid thoroughfares and strange assemblies [...] Mrs. Crawford need not have spent her energies in that direction." Only in 1852 did the missionaries manage to baptize the first Chinese woman. 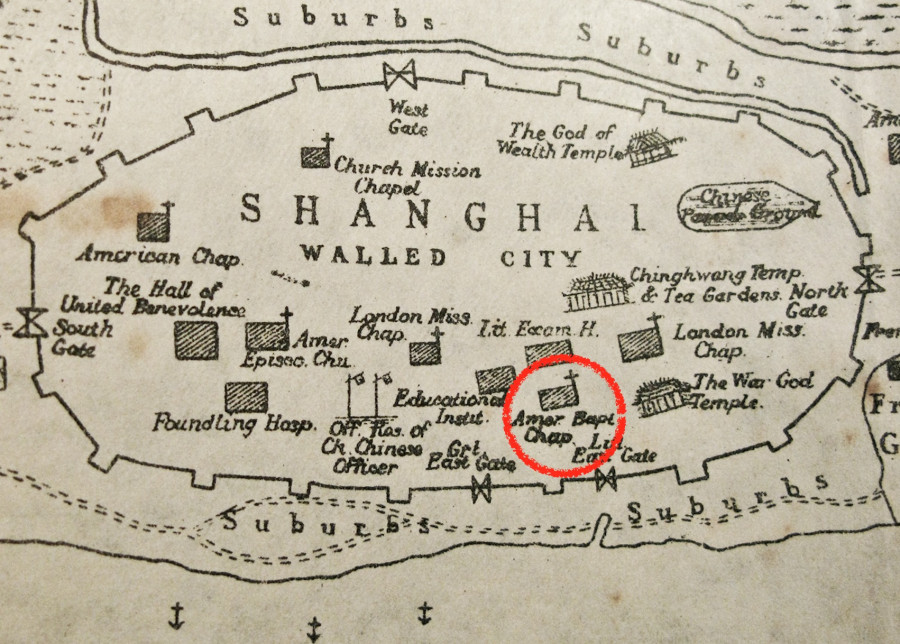