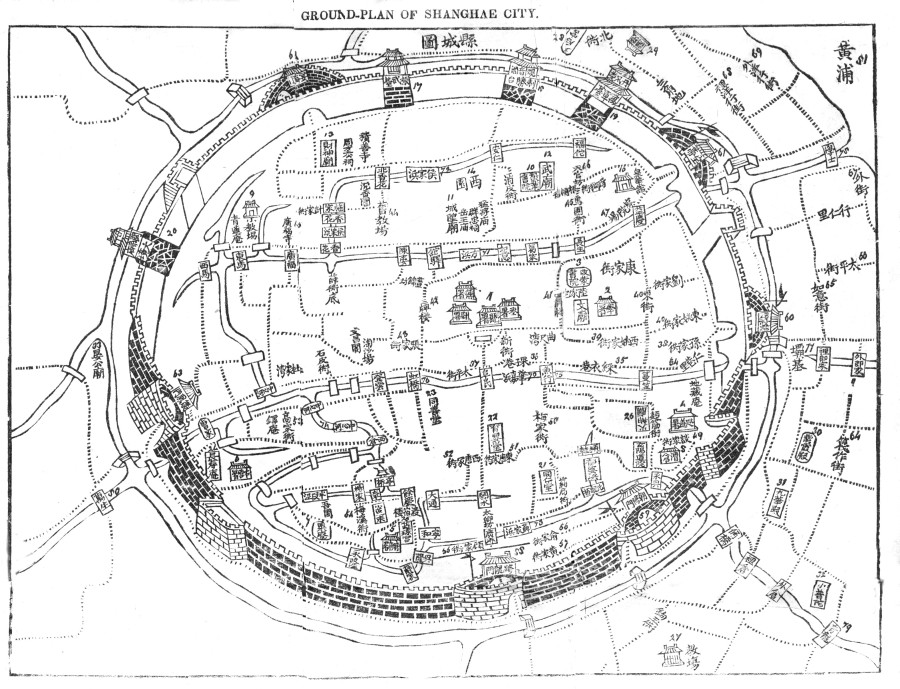 From General Description of Shanghae And Its Environs Extracted from Native Authorities, published in 1850 in Chinese Miscellany. Several versions of the full text are in public domain, but the map usually appears garbled or incomplete. At last I found a good copy and retouched it a little.

The metuculously indexed map used in the "General Description..." dates back to 1814, when the Qing Jiaqing Gazetteer was published. Try publishing a guide to Shanghai now using a map from 1980! 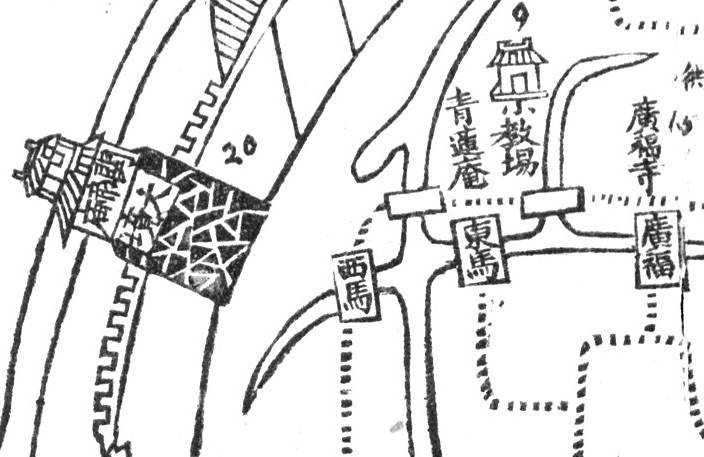 This enlarged sample is showing Dajing Pavilion and Temple of the God of War on the city wall, Green Lotus Nunnery, Qing army training ground, the ancient Guangfu Temple, and multiple creeks, bridges and alleys.

Old maps always misrepresented the relative sizes of four "corners" of the walled city. The eastern half, especially the northeast, always enjoyed much more map space than the west (that wasn't really populated until the end of the nineteenth century). 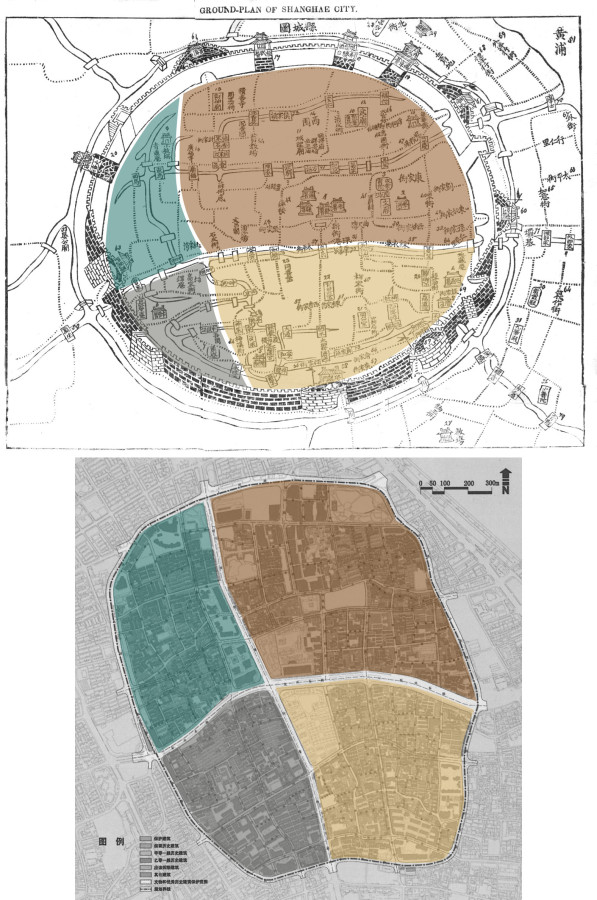 "The thing which excited most surprise was to find that for more than half the circuit of the walls there were scarcely any houses in their vicinity, and nothing to resemble a regular street for above a quarter of a mile in some parts; the neighborhood of the walls being apparently inhabited by an agricultural or horticultural class of people." (A Narrative of an Exploratory Visit to Each of the Consular Cities of China, by Rev. George Smith, 1847) 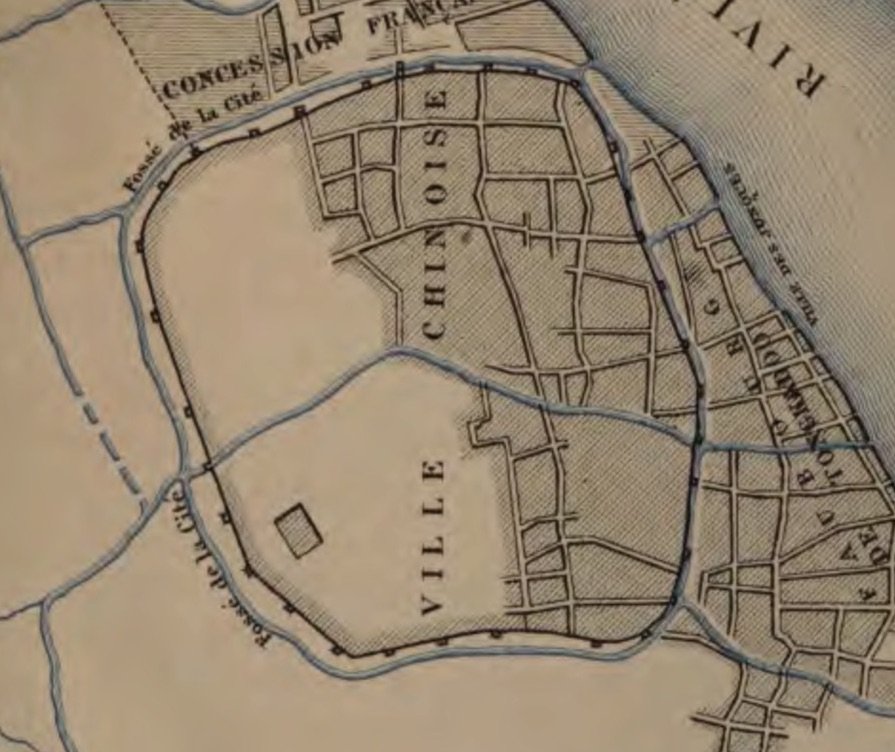 The designers of this French map from 1877 decided to mark only one building in the western half – the Confucian Temple.
Collapse