In 2005, when Luxiangyuan high-rise development was still in its early stages, the builders unearthed the remains of the Ming-era city wall. They were close to the intersection of Luxiangyuan Rd and Renmin Rd.

At the time, relevant authorities supposedly ordered to keep the discovery intact. But six years after the discovery, various news sources published reports that in disregard of the instructions, the developers proceeded with the demolition (or careful disassembly, as they put it) of the sisxteenth-century treasure. 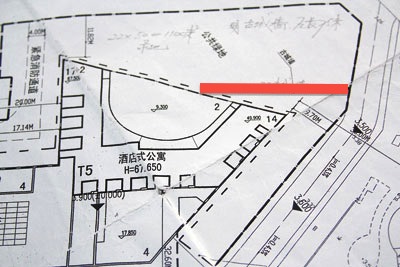 Admittedly, the wall was in a poor condition after being used as props for the low-rise houses that stood on the site prior to its redevelopment. 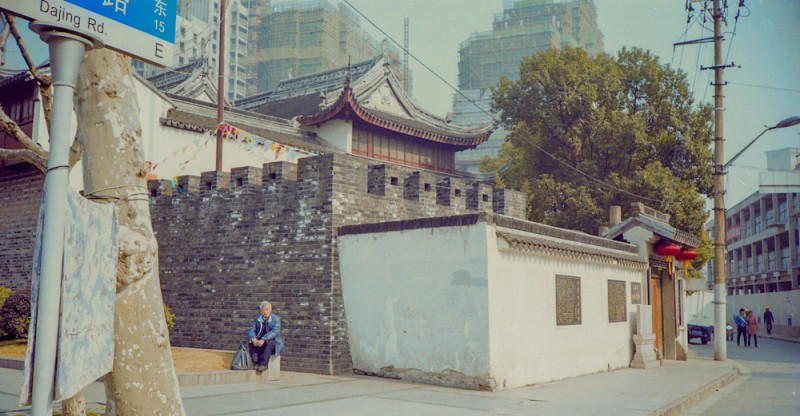 Regardless, fifty meters of the newly discovered old wall were dismantled and stowed away, and the remaining twenty meters were buried somewhere in the middle of the construction site, and press lost all access to them.

The city wall was not just a thin wall. It was a tamped earth construction several meters wide, faced with bricks. The newly discovered section must have been the inner brick layer; however – see the update below. 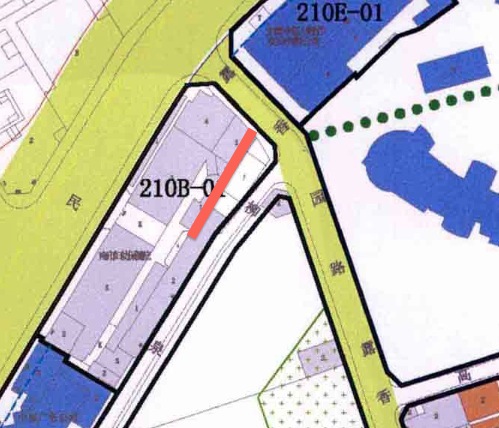 The section must have had houses built right next to it at the time of the wall's demolition in 1912, and so a whole section was spared. For a little less than a hundred years. 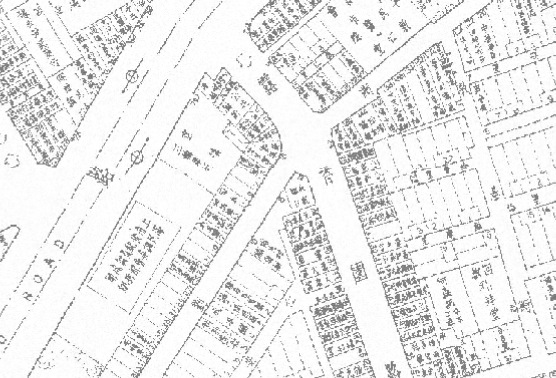 Reports from 2011 say that after more pressure from journalists and preservation experts, the developers promised to rebuild the ancient wall they demolished and incorporate it into the design of the front lobby, "free for anyone to visit." The historic discovery then disappeared from the news and has not resurfaced ever since.

But what is that on the left of this streetview image?! Looks like I'll have to visit Luxiangyuan 露香园 (Lanson Place) and see what's up.

Update 2015, Jan 5: After studying the profiles of the city wall made in 1861 I think the discovered brick wall must have been the outer layer. The north section of the city wall did not have any surfacing. 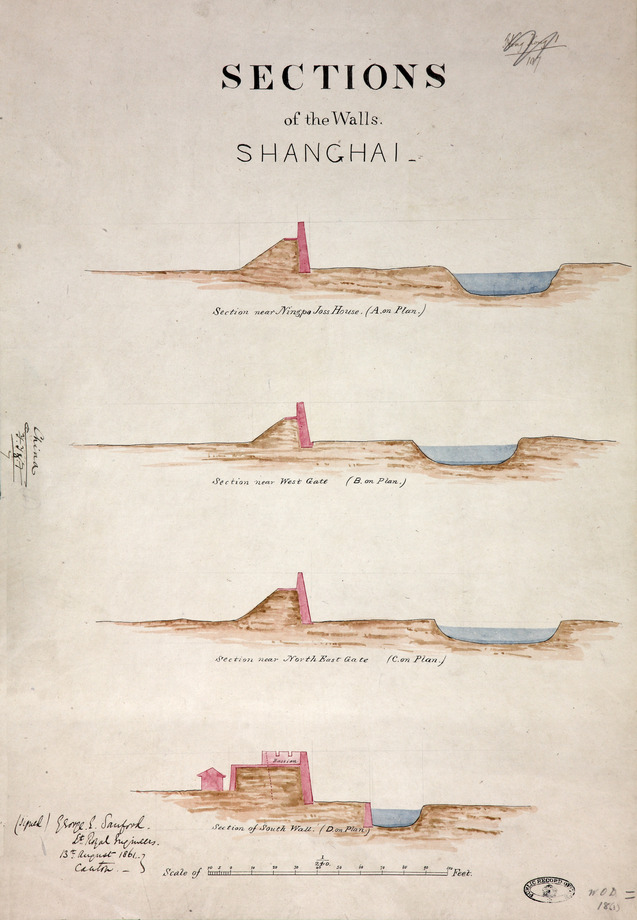 This means the actual wall was quite removed (inward) from today's Renmin Rd.

The thin row of houses filled the gap between the wall and moat, as this map from 1946 shows.