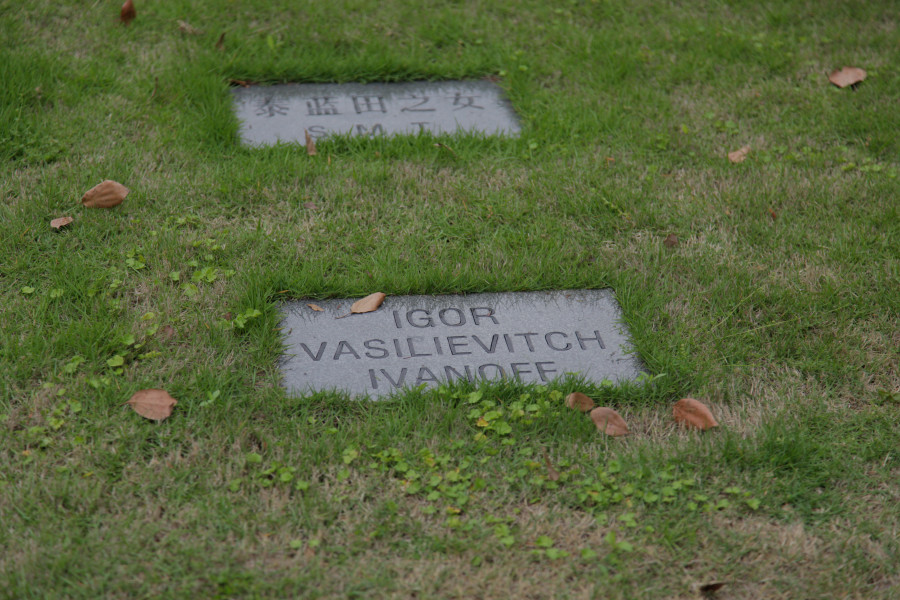 The Paris-based newspaper Vozrozhdenie (Renaissance) reports in March 1929:
The jobless emigrant Nikolay Zhukov could not find anywhere to sleep on a winter night. Rain and snow made him crawl into a hold of a motorboat moored at the Quay de France. The boat had been in use all day, the though the workers had left, the fire was still on in the boiler room. Zhukov feel asleep on the shelf above the furnace and fell into the fire. In the morning workers found his charred corpse.

Novoe Russkoe Slovo (New Russian Word) in New York reports in March 1937:
A dancer named Bulatov painted himself with gold paint for his role in a ballet. He died of paint poisoning and internal hemorrhage.

Shanghaiskaya Zarya (Shanghai Dawn) reports in August 1931:
Liubov Bogushevskaya was a refugee from the Far East. She lived in Harbin since 1922, and in 1931 moved to Shanghai. She was twenty-eight at the time. Unable to find work she poisoned herself in Astor House hotel. (Suicide was incredubly common in Russian Shanghai, and poverty was the number one reason for it.)

The same paper reported in April 1928:
17-year-old Nina Borisova received 50 yen as a money transfer from her relatives in Japan. The cook in the boarding house where she lived murdered her and took the money.

In March 1934 Shanghai Dawn published a detailed report of the death of Felix Drozdovsky. He was a professinal pastry chef from Warsaw who had worked all his life in Russia before moving to Shanghai in 1925. For a few years here he'd worked at the Tchakalian's, Joffre Bakery and Mignon Confectionary. When he was discharged from his last place of work he received a lump sum of cash that he gambled away at poker. He took poison, but survived.
Drozdovsky was hired as a baker again, but one evening he did not come home from work. Neighbors told his wife they saw him walking along the little patch of trees on Rue Bourgeat. Drozdovsky had hung himself from a tree. His hat was neatly hanging from the next branch. A letter in his coat pocket stated he is taking his life voluntarily.

The book "Unforgotten Graves" mentions that in June 1932 a former Cossack named Georgy Gladkih was arrested in the street of the French Concession for drunkenness. As a stateless Russian he was transported to the Chinese prison, where Chinese guards beats him up, and he died.

April 1935:
A certain Borisov employed at the racecourse stables died after a horse kicked him in the head.

24-year-old Anna Malkina was was a mistress of a wealthy Englishman, L. Leight, the owner of a company named Roman Ltd. He shot her in the head and then killed kimself. (This is just one case out many. Jealousy murders were surprinngly common in Russian Shanghai.)

Christina Malygina was a volunteer nurse at the Russo-Japanese war. She arrived in Shanghai in 1905 and was immediately hospitalized with tuberculosis. Soon she died. Her belongings were modest: a cotton kerchief, a coat, a worn officer's uniform, a muff and a hat, five icons, an ostrich egg, a turtle-shell shampoo bottle, a new Singer sewing machine, one hundred rubles in bonds of Russo-Chinese Bank of Port Arthur, and a will. Malygina's belongings were sent to Saint Petersburg.
Collapse