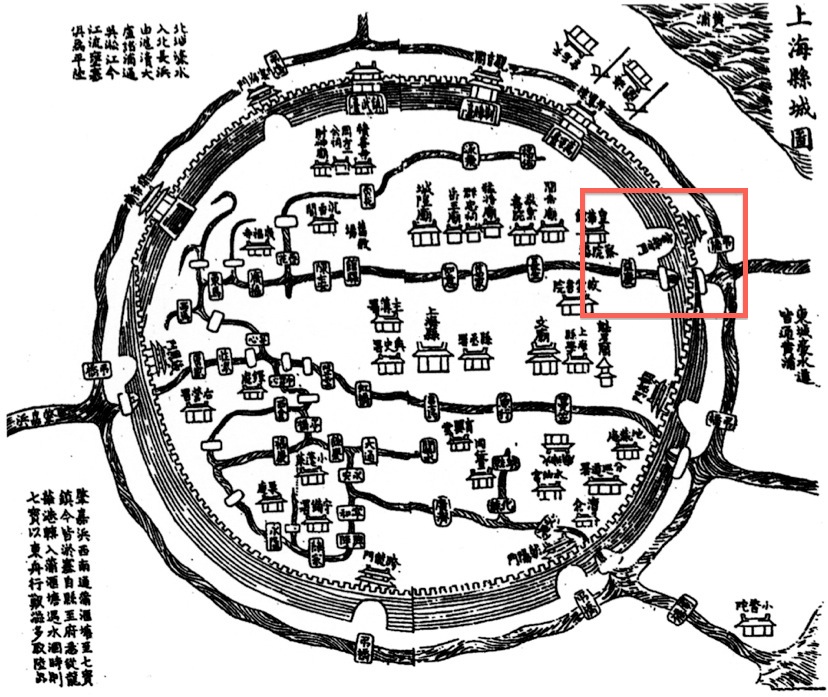 Little East Gate was one of the most important gates in the city wall. All the foot and boat traffic to and from the lively extramural neighborhood of Shiliupu (the Sixteenth Ward) went through this gate. 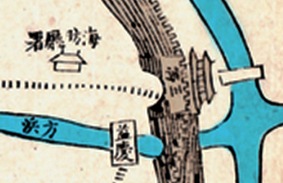 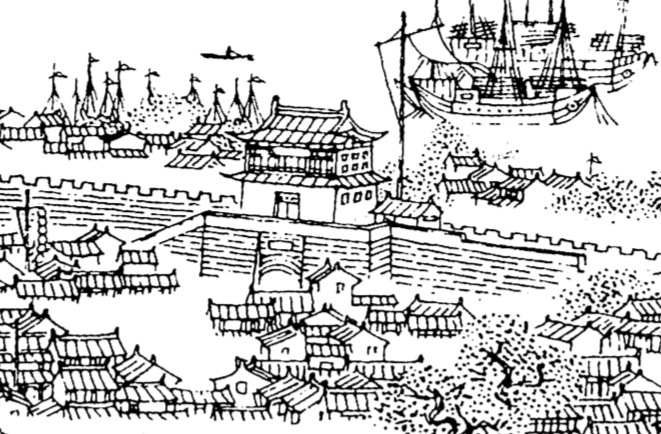 The term "Little East Gate" referred to least two openings in the city wall. One was a rounded arch straddling the street. A smaller arch further south admitted Fangbang Creek into the walled city. 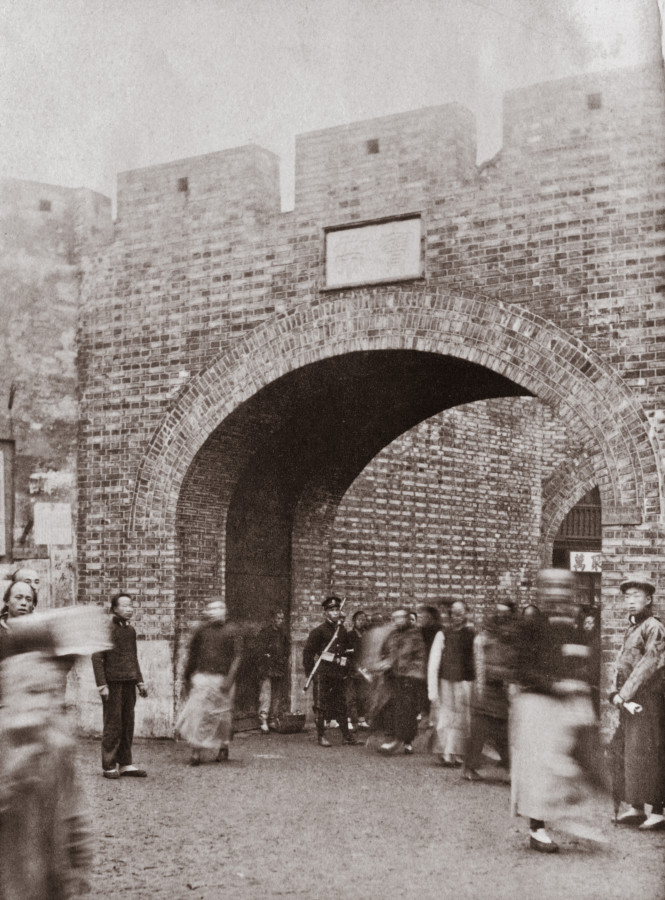 The sign above the gate spells the gate's official name: Treasure Belt Gate ("baodaimen"). The common name was "xiaodongmen," or Little East Gate.

When the city wall was being built in 1553, its planned trajectory went across many private properties. Understandably, many citizens did not want to give up on their land or demolish their houses to clear the way for the wall. But the clan named Mei, headed by the wife of a notable Shanghai gentleman named Lu Shen, willingly gave up on their properties that the city wall needed to intersect. Recycled bricks from these demolished buildings were used in the construction of the wall and the gates in it. The Mei clan set an example to Shanghai gentry who supposedly became more enthusiastic about this public project. Because Lu Shen's wife practically sponsored the Treasure Belt Gate, it was commonly referred to as "Wife's Gate."

One must remember that the wall was a tamped-earth construction almost ten meters deep, and there was a defense moat, up to 20 meter wide, running parallel, at some distance. So those landlords fighting to keep their properties had much to lose. 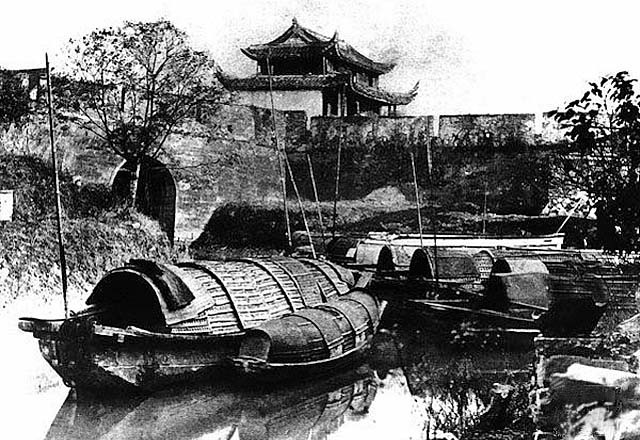 This photo taken from outside the city wall shows the defense moat and the water gate, south of the pedestrian gate. There was a rampart with a watchtower between the two gates. 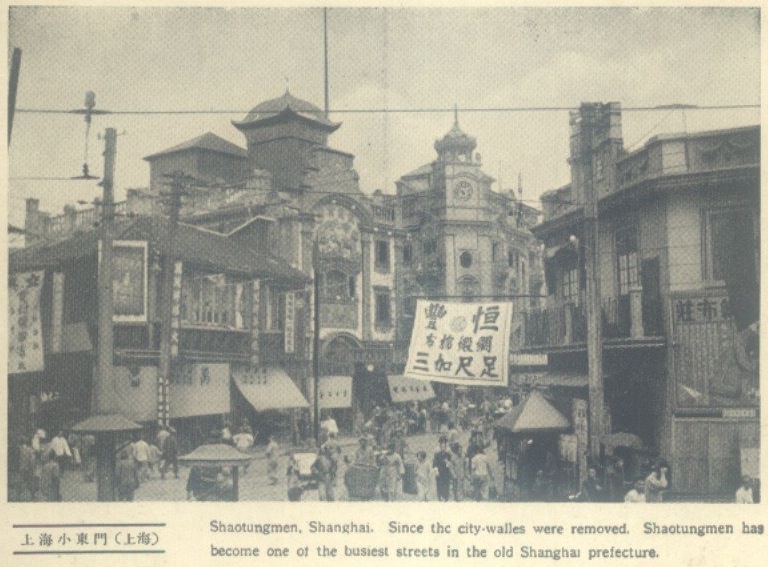 This picture is taken from virtually the same angle. The wall and the moat got replaced with a road; the gate is gone. 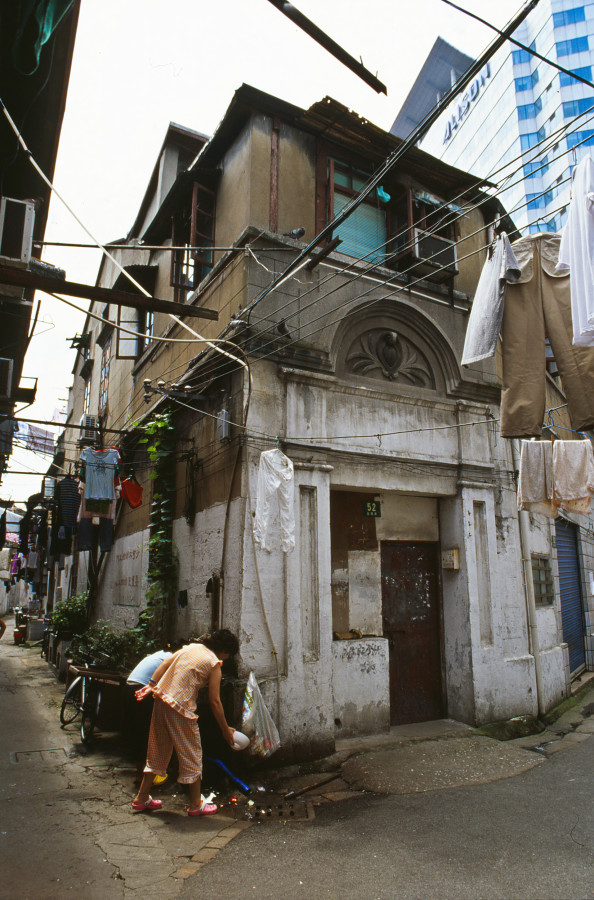 Today the memory of the gate lives in the name of the alley running parallel to the former city wall – Baodai Nong.
Collapse