Shanghai daotai's yamen was the residence and office of the most influential official in the city (and the region) from 1731 to 1911. There is a lot we know about this institution; I won't go into detail here; it is one of the chapters in my upcoming book. But I'll share a plesant discovery.

There are some descriptions of the place, but very few photos exist. Some were taken prior to the abolition of this office. For example, this one, from Lu Hanchao's Birth of the Republic (the people in the background seem to be dismantling it already): 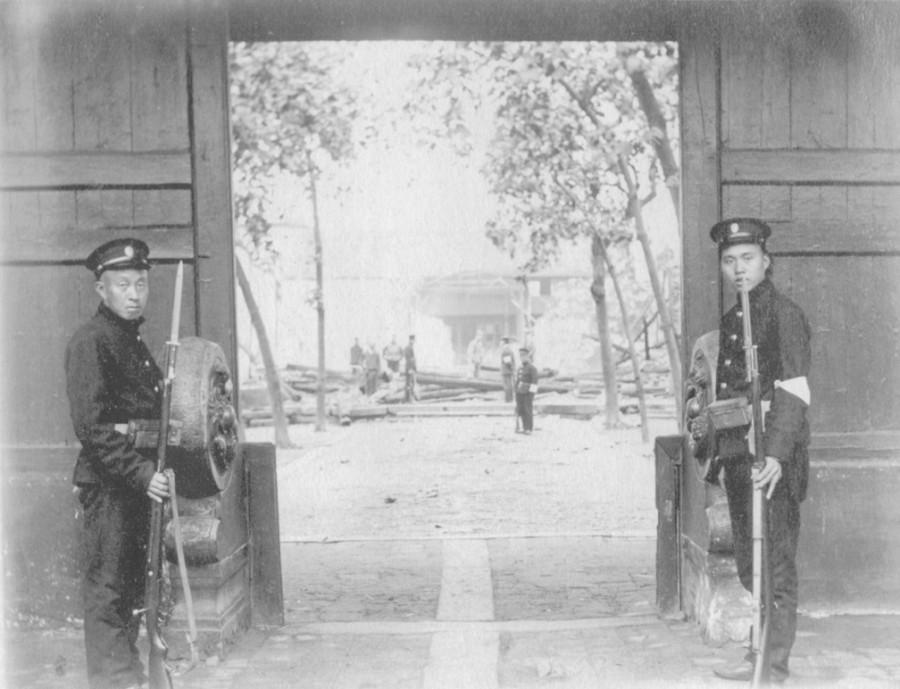 And this is a picture inside, seems after the 1911 takeover (otherwise, why is there a five-pointed star made of tinsel?): 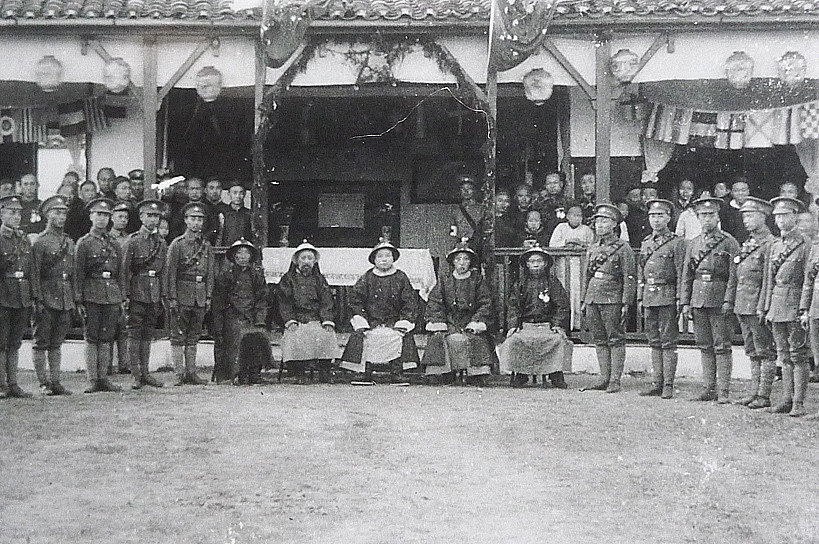 And this is inside/outside one of the halls (the provenance of this image is unclear): 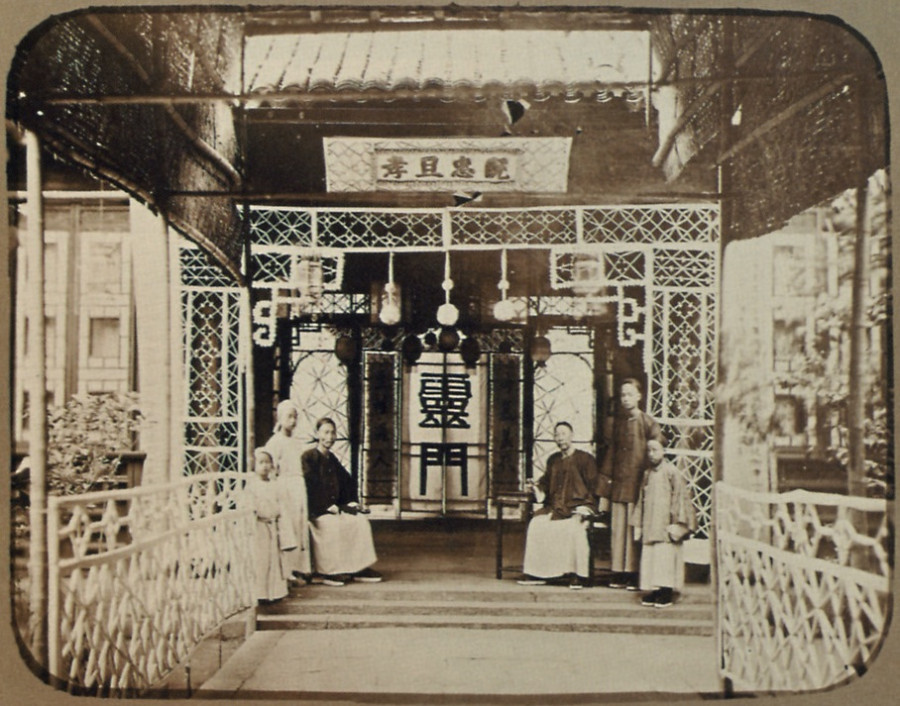 Still, the images don't quite add up to orient you around the place. So I was very happy to see an old postcard for sale online presenting an unusual angle of the Daotai's yamen: 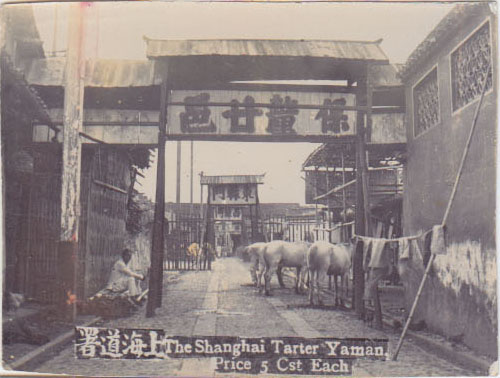 Here we see a row of gates, the first one reads 保釐廿邑; and then the two in the distance spell East Yamen Gate and West Yamen Gate. A pretty shabby, narrow alley, with mules parked in the mid-ground. So where were these structures?

I looked at the scheme of the yamen in the county gazetteer from 1872: 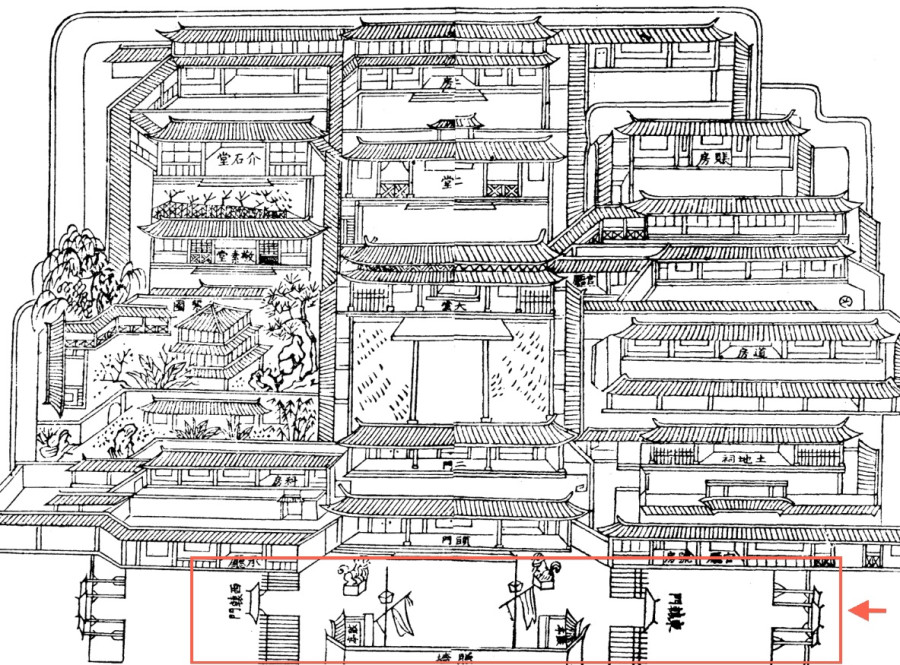 And there are these gates, at the bottom. So the photographer was standing in the lower right corner of the "map:"

Here is a drawing of this passage from a different angle, published in Dianshizhai: 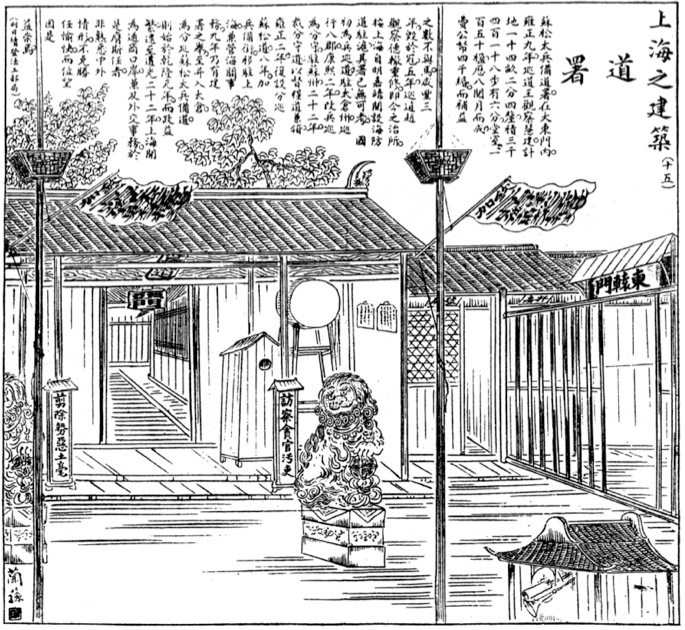 We are looking at the main entrance and seeing a portion of the East Gate: 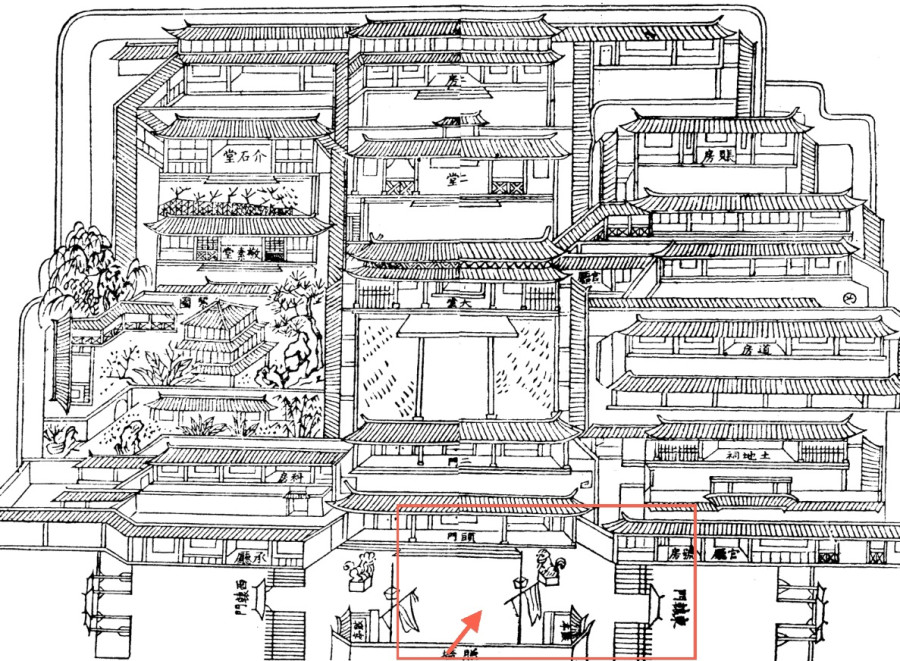 Today the site of the yamen is the lane compound Jixiancun 集贤村, 35 Jintan Road, and the street in front is the extremely wide (and short) Jintan Lu 金坛路.

Here is a high-angle shot of the former yamen site: