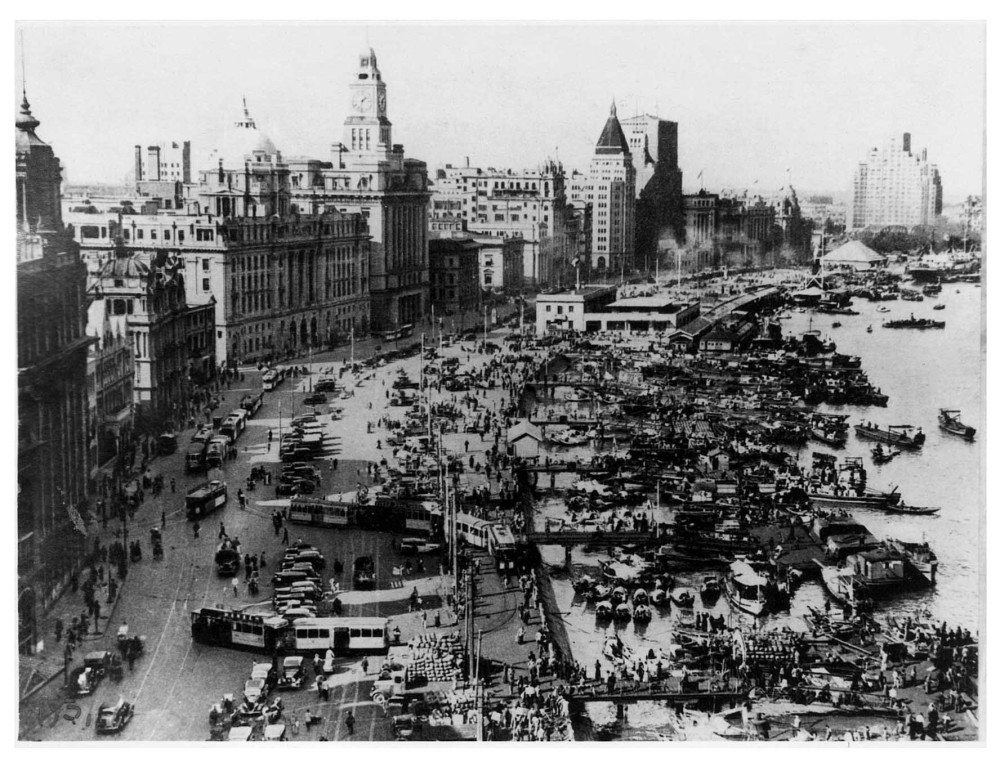 [...] It’s getting dark. Lights flicker on the smooth surface of the Yangtze River. They belong to the oncoming ships and Chinese junks. First we can see one river bank, then another. Our ship, Katori Maru, takes a turn and enters the Huangpu, where Shanghai is located.

The right bank is the site of a recent war conflict. People don’t like to talk about it, though. Up ahead, the lights are glistening and Japanese factory chimneys are smoking; these same factories were the source of that “conflict.” But the Chinese boycott of Japanese trade and industry has softened somewhat. There are no Chinese passengers on our Japanese-owned ship: they all chose to sail on Conte Verde that departed from Hong Kong just ahead of us. But Chinese coolies in the port will dutifully unload our cargo, and Chinese clerks will do the accounting using their abacuses.

The sky is red. It makes my heart sink against my will. The red haze reminds me of the way Paris rises amid the fields of France. But this is Eastern Babylon. It deserves its name much more than Paris, the dear home of many Russians.

We were late to anchor and are eager to get out into the city. But experts warned us to never walk in the port area – it’s too dangerous. Rickshaws are clueless and useless. Taxis waiting around are suspicious: the driver can easily be in cahoots with bandits ready to rob you (if not worse). You are supposed to hire a taxi in the garage and sign your name.

So here we are, in a “safe” yellow taxi cab, riding along a dirty street lined with shops and bars. This is Shanghai’s Broadway. Many signs are in Russian: a tailor, a watchmaker, a tea house. All over Shanghai, especially here in the port and in the French Concession, Russian is the third most popular language, after Chinese and English. 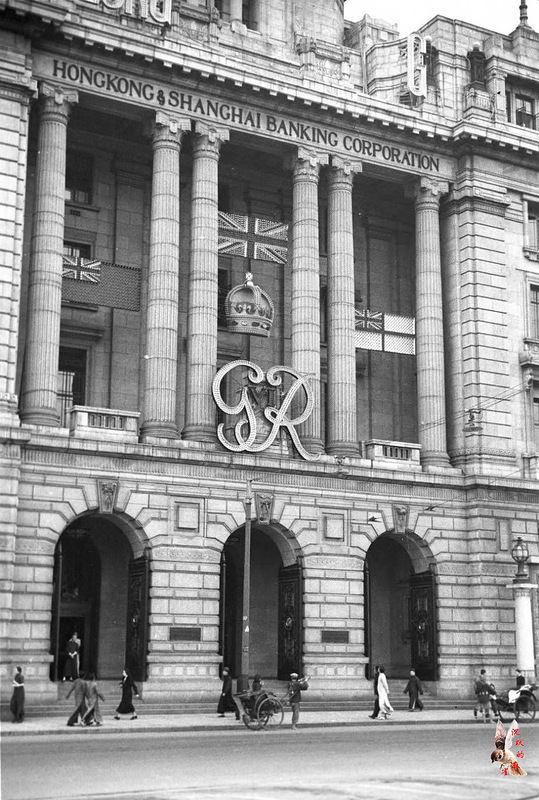 Modern and beautiful business blocks – the main streets in the “English” area – are deserted at this hour. You might spot a European woman standing outside a bookstore or a fashion shop on Nanking Road. Or you might see a car stopping in front of a hotel or a club. But the traffic is light, and the Indian traffic policeman at the intersection has nothing  to do.

Of course, there are plenty of watchmen standing on guard outside banks and offices. Take that young man in his neat English uniform, doing his evening routine. His face looks familiar. Naturally, he is a Russian! Hundreds of Russians serve in the police force of the International and French settlements. It pays fairly well, 500 local dollars a month, or about 3000 francs.

These men make up the volunteer corps that earns so much praise from foreigners for their parading skills. A fellow passenger on my ship was an English doctor in a Shanghai hospital, and he testified to the good health and training of Russian volunteers. He went on and on about how firmly they grip their rifles and step in synch. Looks like the famous Pavlovskoe Military School’s training is not forgotten.

The business streets and European offices guarded by the Russians might be solemn and quiet, but the streets that belong to the Chinese are only getting started. All shops are open; their walls are covered with lanterns and giant signs with Chinese characters. It is picturesque and dramatic – and not quiet, by all means. The only quiet people are the crowds of spectators on the sidewalks. But the “actors – the salesmen and the waiters – are shouting and chanting at the top of their lungs. Some of their voices are painfully hoarse and faces red with exertion. Try and outshout a cacophony of Chinese gramophones sold right here, in the street! 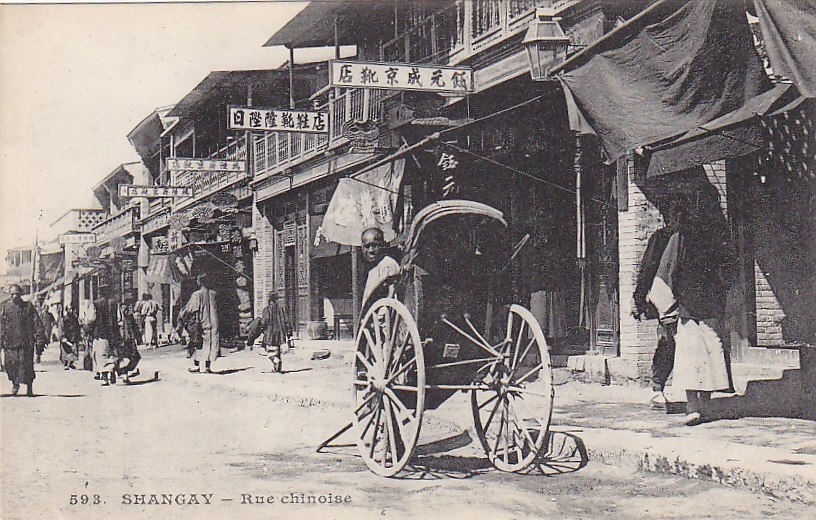 Fokien Road – with its paper lanterns and chanting merchants, with its shops loaded with cheap pelts, hides and sheep skins, with all the steam pouring out of its eateries – looks less like a market place and more like a shamanistic carnival. This is how common Shanghai people celebrate their favorite thing, namely, commerce.

People wearing different dress celebrate differently, too. The French Concession is teeming with entertainment palaces. Alcazar is one such place for foreigners. No doubt, it is Russian-owned. Once, Alcazar was a fashionable establishment in Moscow, and then the name spread as far as the Eastern Babylon.

Not all clubs have such “ancient” names. Take Casanova: this sounds cooler and more up-to-date. Everything here is the latest fashion, including ticket dancers, or “taxi girls,” sitting on a row of chairs. They are all Chinese and European – that is, Russian. You’d be hard-pressed to find a real European girl whose salary expectations would be so low, yet whose morals would be high enough to make her eligible for this lowly job. There aren’t many such girls in Europe. In the East, they are all Russian.

A taxi girl earns about 2 dollars (12 francs) a day and shares a rented room with two or three girlfriends. Meals are included in the rent, but she needs something to wear. So she is hard-pressed to accept gifts, even though these gifts create obligations and lead to consequences. This occupation is horrid not only because it is immoral, but because the only exit strategy is hope for a miracle. This job is empty and dull, and the monotonous merrymaking takes place in the middle of the depraved marketplace where greedy Europeans are trying to strip China naked and greedy Chinese are trying to grab some money from the Europeans. A Russian woman’s destiny is sad: her misery is laid bare for all the nations to see. Nothing is more depressing to a Russian eye than these entertainment palaces. 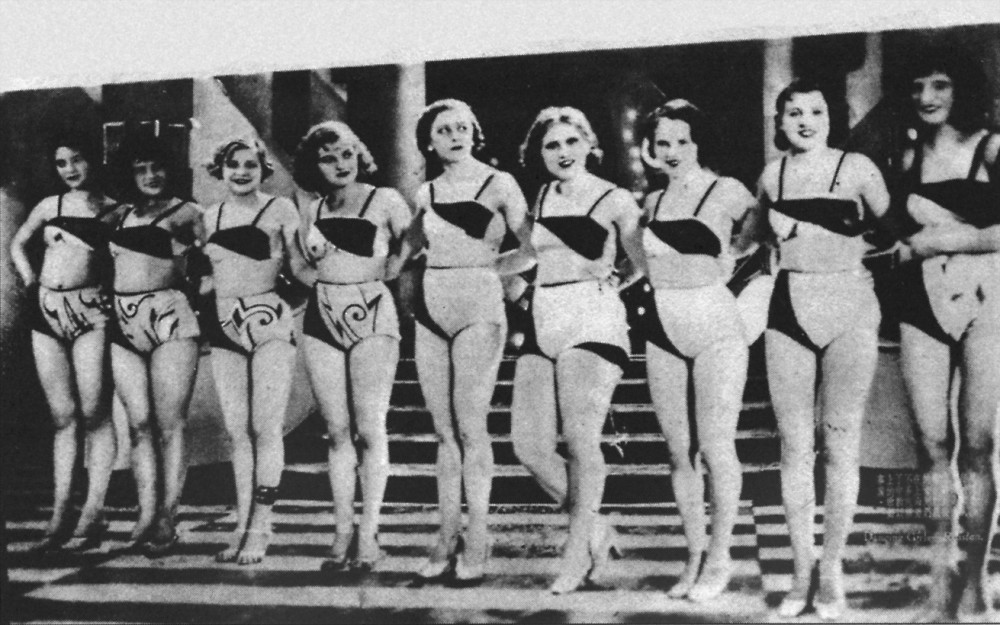 How many Russian dancers are there in Shanghai? They say there are many hundreds, but perhaps this is an exaggeration. How many Russians are there total? Even this information varies. The official count is about 10,000, but the real number seems closer to 12,000 or 13,000 or even 15,000. In any case, the number is growing, especially in the last few months. Aside from the steady flow from Manchuria, some have been moving here from Europe.

Russian immigration to Shanghai started relatively late. Harbin Russians have been relocating to Shanghai in waves. The first wave was about six years ago, when the Chinese in Manchuria started to make friends with Bolsheviks; then Russians fled from the Soviet oppression on the East China Railroad. Now people are fleeing Harbin afraid of the impending war and the new order.

Shanghai Russians are a colorful bunch. Many are pro-Soviet – some openly and some in secret. Apart from that, Russians can be divided into two major groups – employees and entrepreneurs. The groups coexist peacefully, but they read different newspapers: the clerks prefer “Slovo” (The Word) while the merchants prefer “Shanhaiskaya Zarya” (Shanghai Dawn). Both papers print many more ads than Paris newspapers. The reason is, to survive in Shanghai employees and merchants alike have to be pretty entrepreneurial. 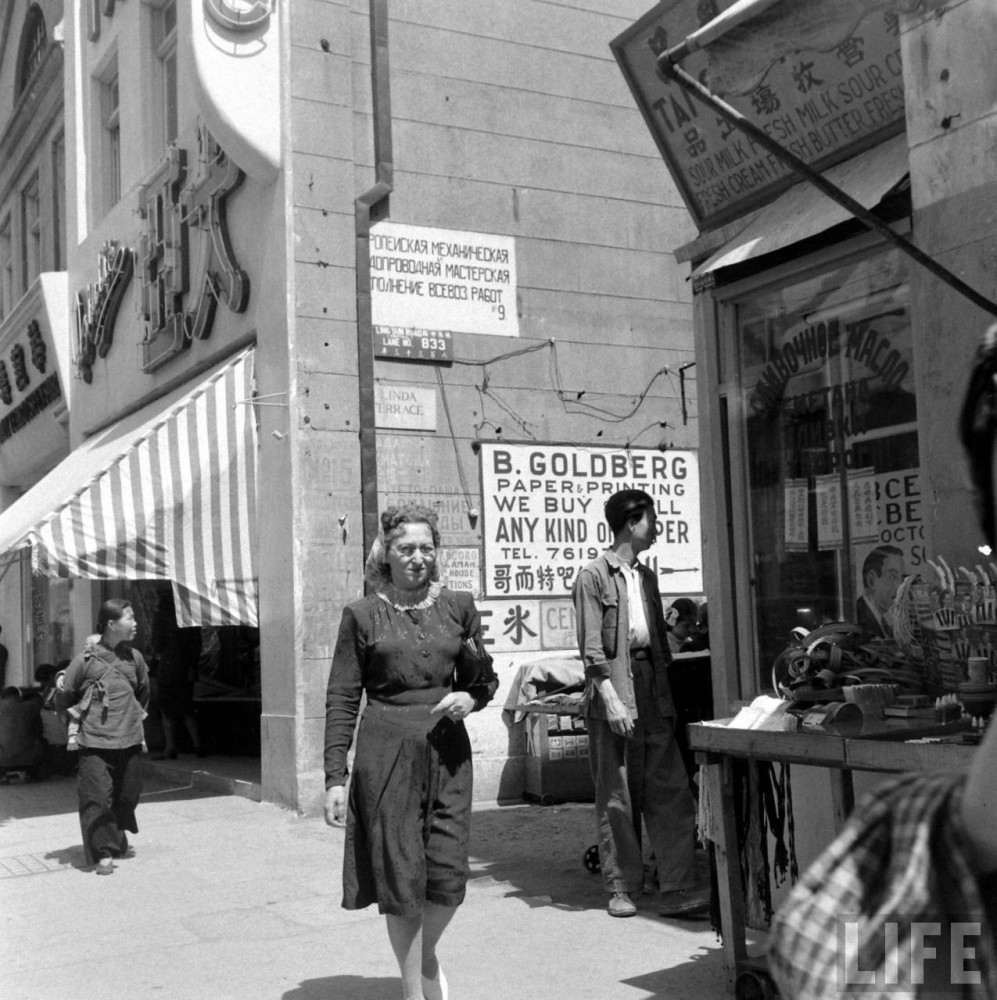 Just five or six years ago Avenue Joffre was nothing but a empty suburban road, sparsely built up with Chinese hovels. What Russians did to this street surprised all of Shanghai. They have turned it into a European street lined with stores with clothes and book displays in large glass windows, with beauty parlors and hair salons, bakeries, pastry shops, restaurants, cafes, dancing halls, cinemas...

People that built all this didn’t have a dime in their name! This way Russians made themselves a name here. Shanghai respects people who know how to make money. What else is worth living for? This is a city of financial geniuses of all levels. The higher level consists of Chinese officials, Baghdadi Jews, and, surprisingly, some entrepreneurial Catholic missionaries that own land and capital. The lower level includes industrious Russian exiles that have been moving to the East for last fifteen years. Shanghai is the last stop. There is nowhere to run east of Shanghai. Perhaps, this is what attracts Russians about it: if you run, run to the very end.

For many Russians the Chinese Babylon has become the last stop in their lives. This January day, with its rain and snow, makes this realization even more tragic. Everything resonates with the weather: the slatted window of a bank’s vault, the threadbare thatched walls of a Chinese shack, the pockmarked face of a rickshaw who is cold and sweaty in his cotton-padded rags, treading doggedly through the dirt. Our ship has almost finished loading. The chains are the clattering, the winches are racketing, the rails are squealing, and the port coolies are chanting in their meaningless and impassioned way. 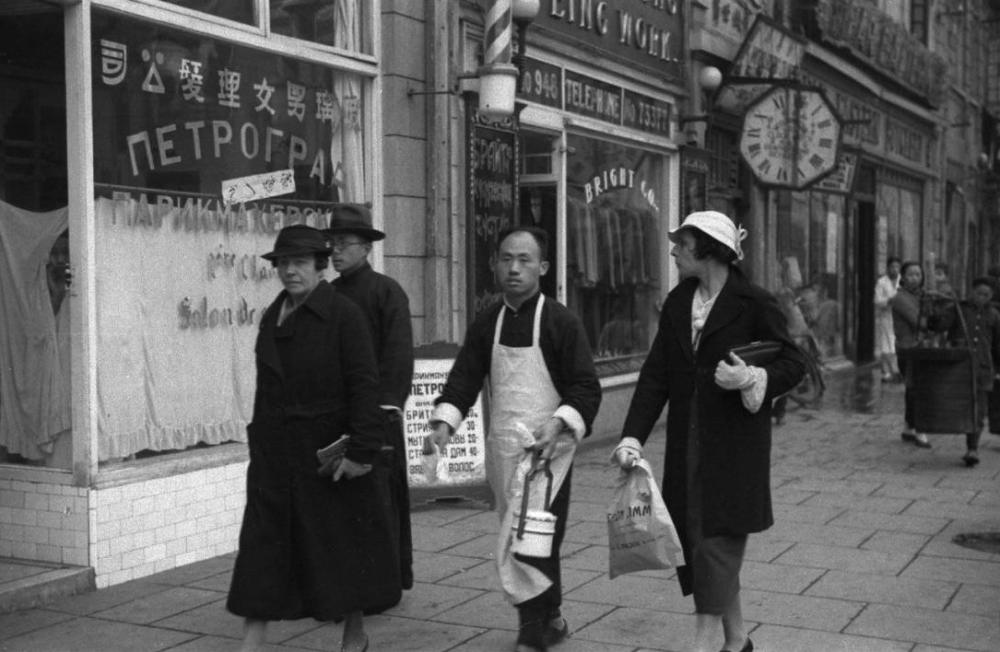