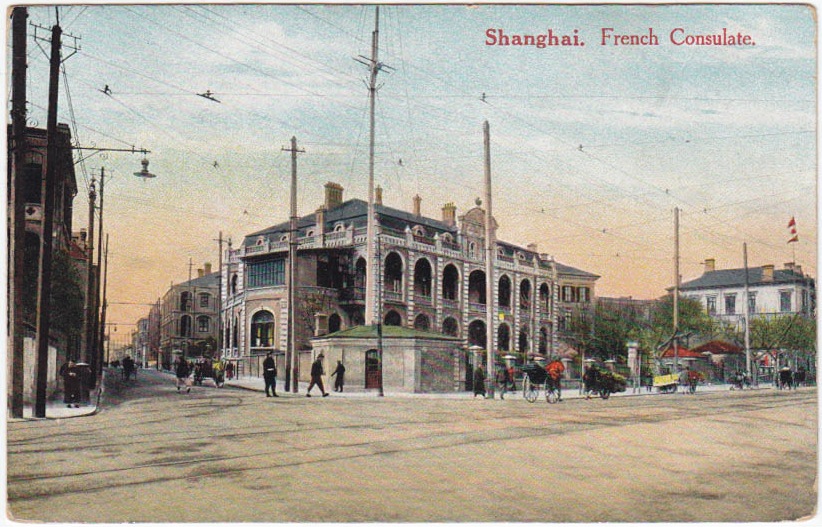 The French Colsulate at the corner of Rue de Consulat (Jinling Road). 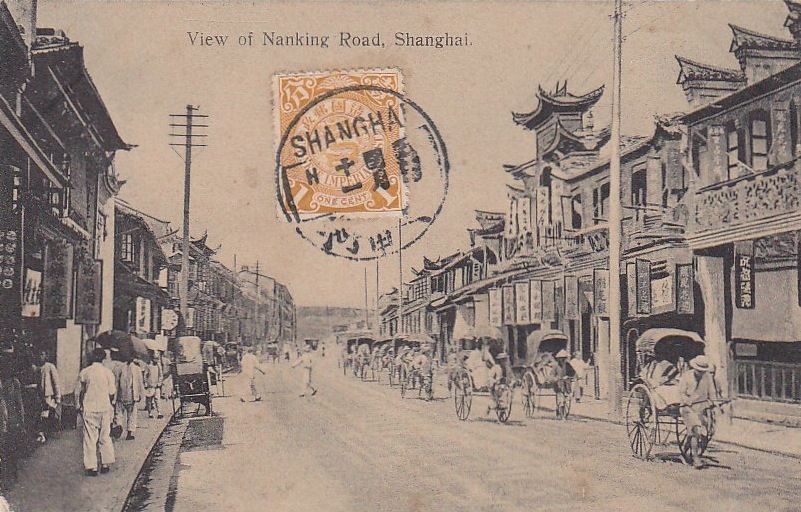 A stamp looming over old Nanking Road like a moon. 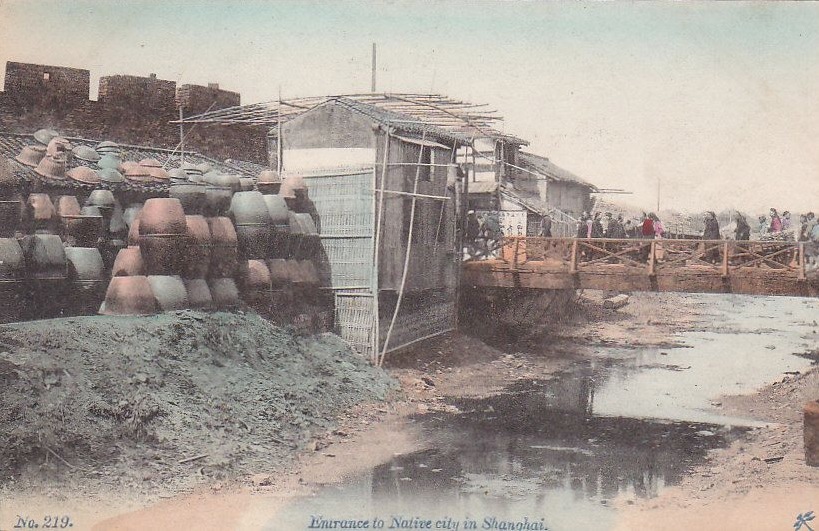 It's a low tide, evidently, and possibly winter, since the moat is almost completely dry. Many images of the city wall include piles of earthen pots leaning on the wall. 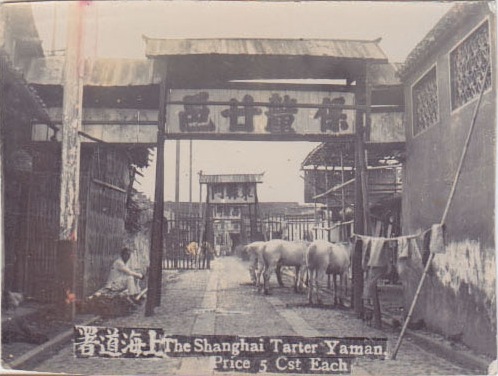 A rare image of the Shanghai Daotai's yamen. The more widely known picture of the yamen is taken in 1911, during the takeover by the anti-Qing rebels; it only shows the front gate. But this image shows a rare view inside, with stables and a sequence of gateways. 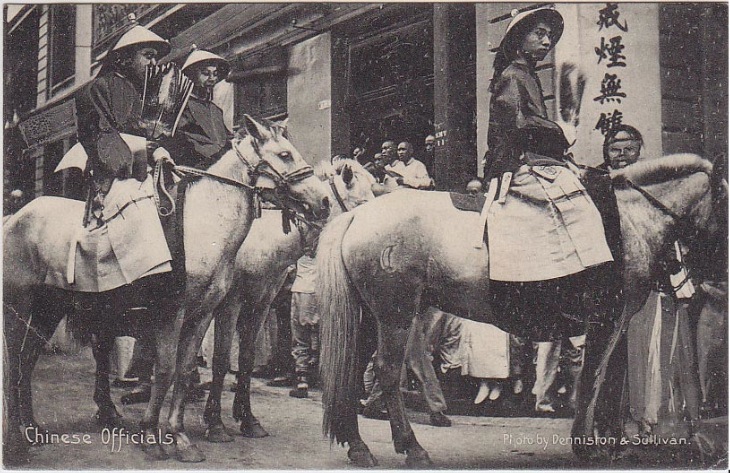 These are, possibly, the same horses in action. 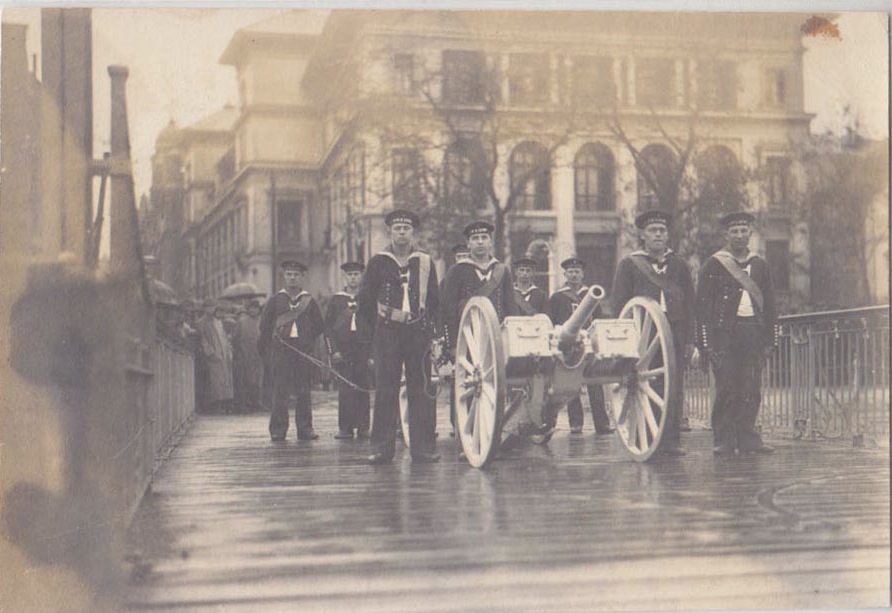 Sailors standing on a bridge. The Taobao vendor marked them as German, but their faces look Russian to me. If I were a specialist on uniforms I'd be able to tell for sure.

UPDATE: Below are two more photos from the same series as the photo above. Germans or Russians? The group at the funeral doesn't look Russian to me. 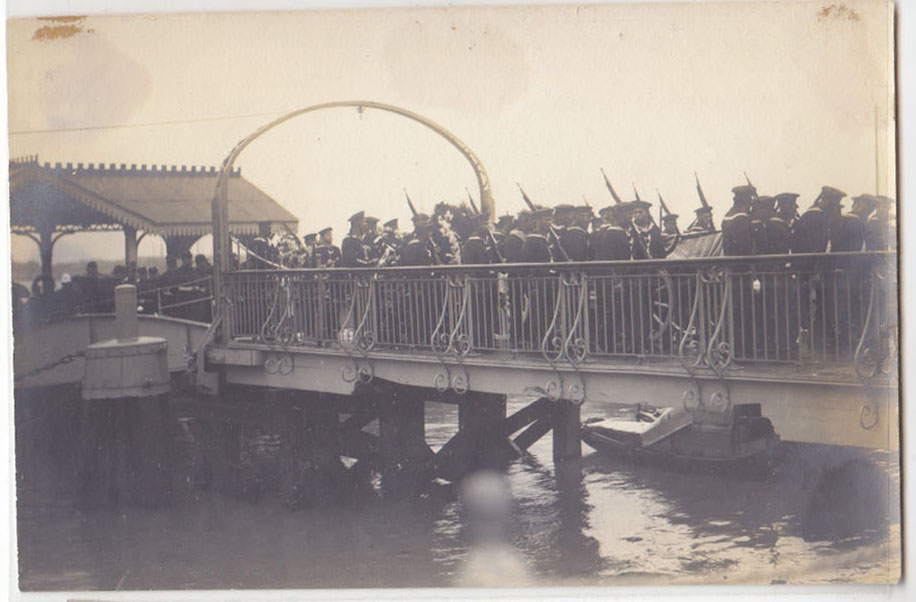 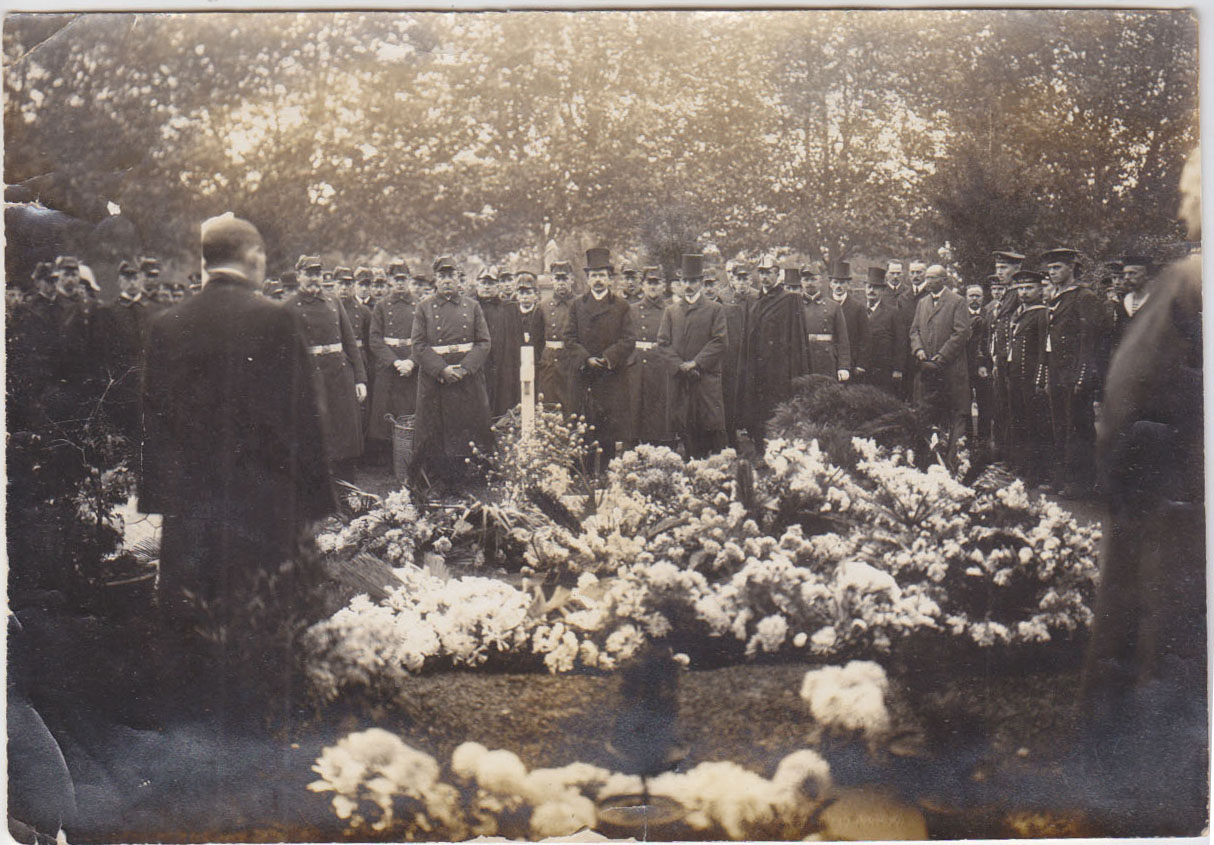