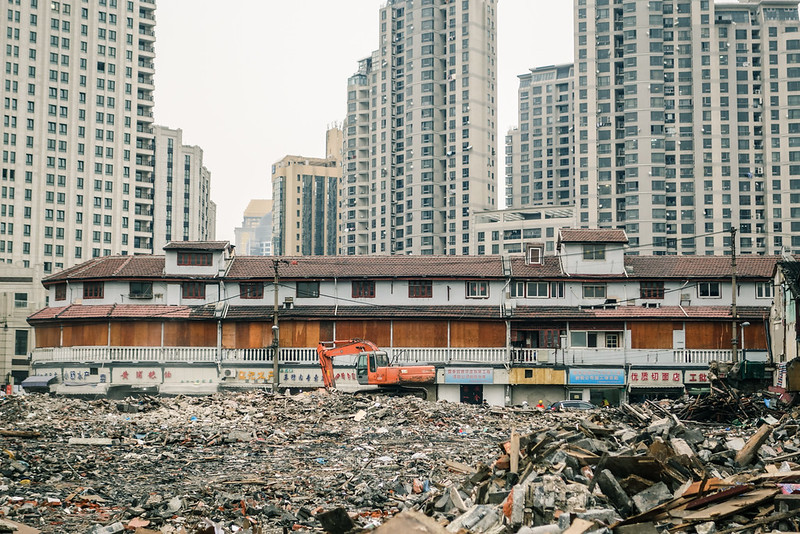 Two days ago we explored the remains of the old town's northwest corner. The lane compound Kaimingli 开明里 is one of the very few still left standing. 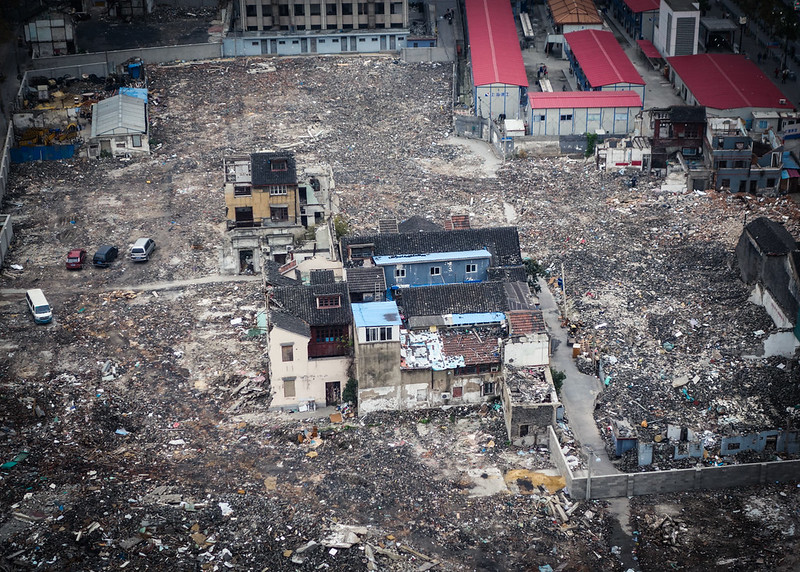 Fuchun Nong, Fuchun Jie, Zhenling Jie – all of them are going to be nothing but words pretty soon. Cixiu Nunnery 慈修庵 and Liyuan Gongsuo 梨园公所 on Fangbang Lu are the only buildings that will be preserved. 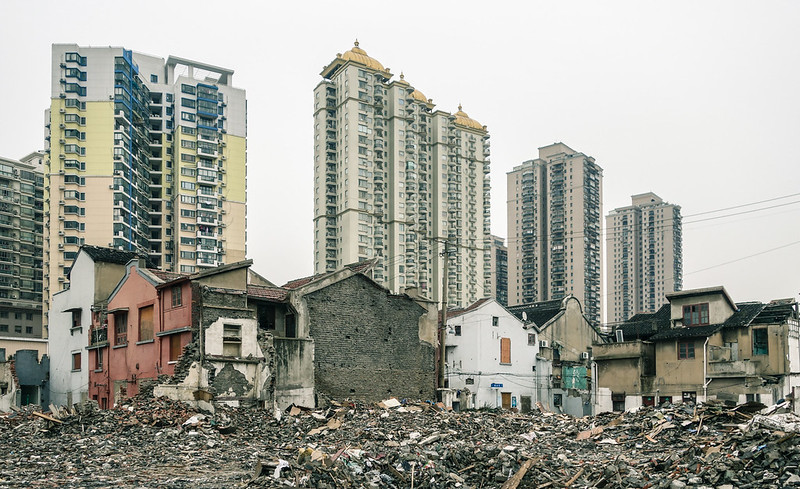 While shooting we kept meeting citizens roaming in the ruins, looking fazed and confused. One nun, evidently from Cixiu Nunnery, lost her way to the convent. No wonder. Anyone would. 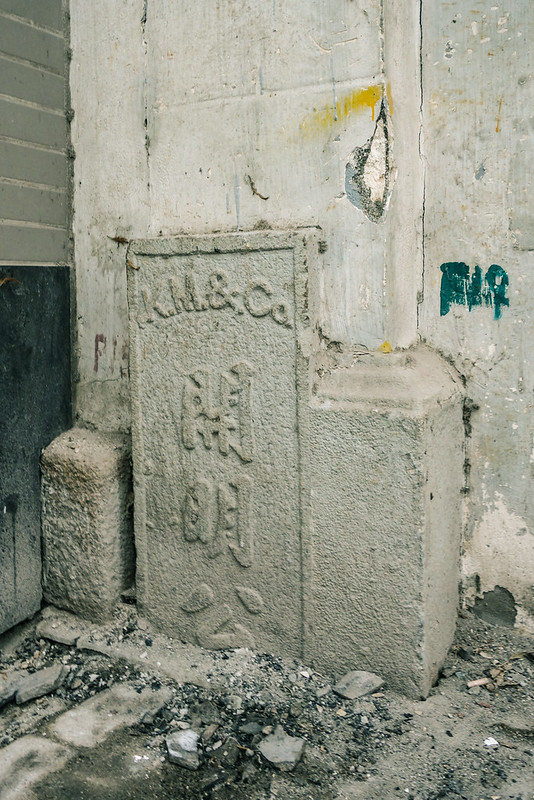 We found this boundary stone on Luxiangyuan Lu. It was always hidden beneath the stalls of the busy wet market along this side of the street. Now that the street is empty and the houses are ruined, the stone is exposed. Kaiming Gongsi 开明公司 is the organization that built the lane compound Kaimingli at the place of Xinwutai Theater. Initially, the company was called Shake-The-City Corporation (Zhenshi Gongsi), then Rising City Corporation, and lastly, Enlightenment Company (Kaimingli). The reason for all this renaming is that the theater operated by the company kept burning down and had to be built three times. Changing the name evidently was meant to cancel out bad luck, but it didn't quite work. After three failures the company decided to switch to real estate and built residential Kaimingli. 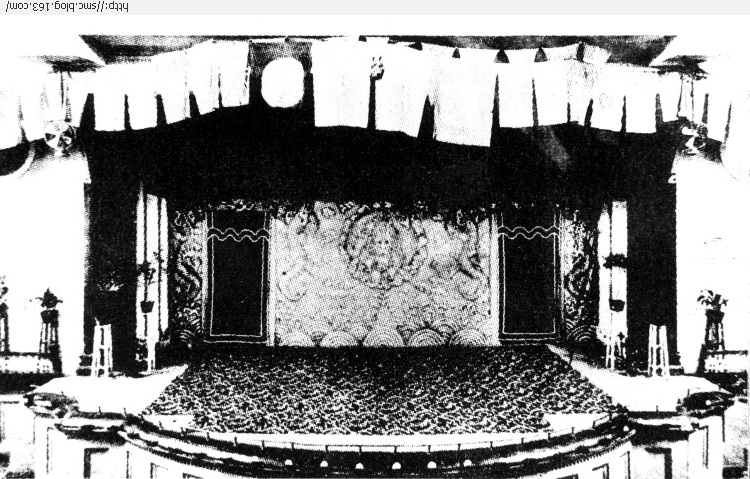