This year's Heritage Architecture Day opened the doors of 20 properties. Dysfunctional low-rank party functionaries fail every year to turn it into the glory day of Shanghai's culture, and the Heritage Day is always poorly advertised, while the list of properties is announced at the last minute.

This year we went to the old town to check on the state of the Ever-Spring Hall. The renovation should be described as "a rudimentary cleanup and a sloppy paint job." They removed the garbage from the back rooms, swept the floor (already ruined with concrete), painted the pillars and installed carved doors. In the back rooms, damaged parts of the roof were patched up. 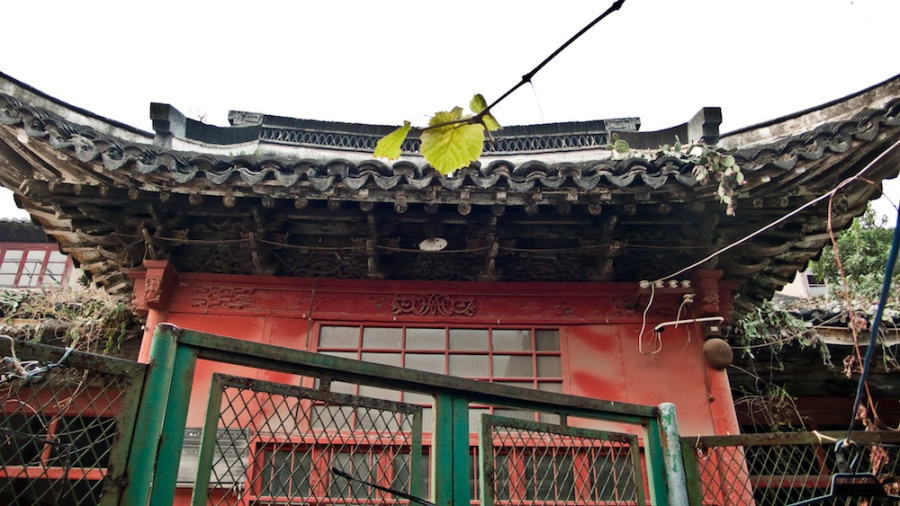 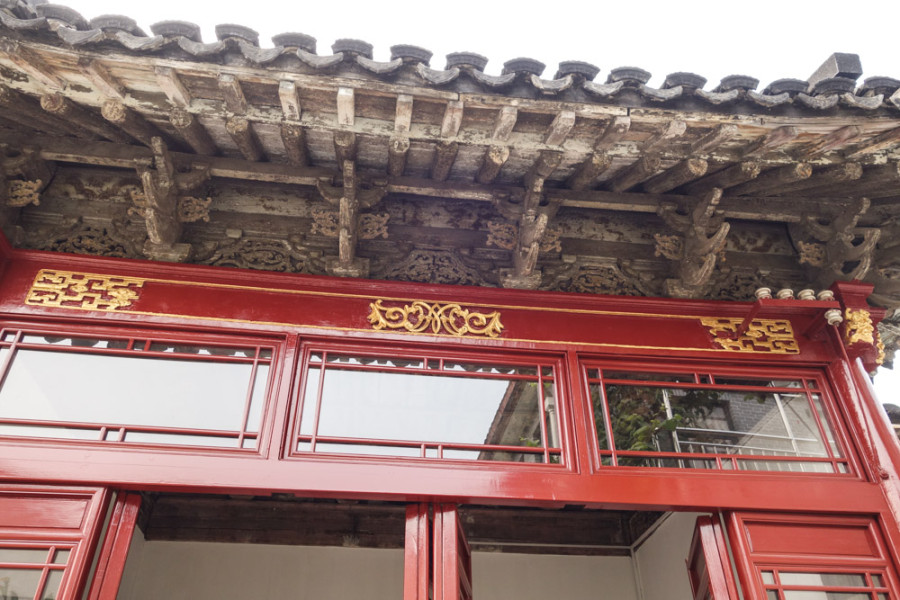 In 2014. Some hasty paint job on top of an earlier paint job. 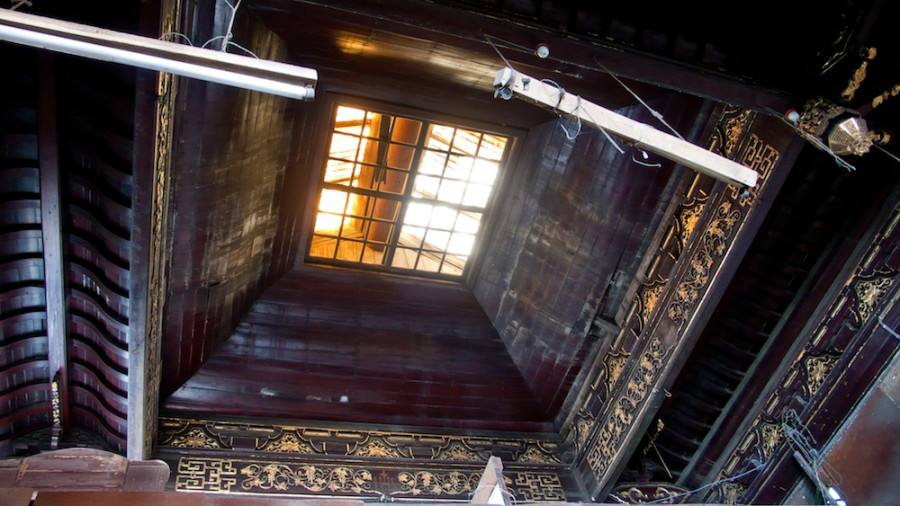 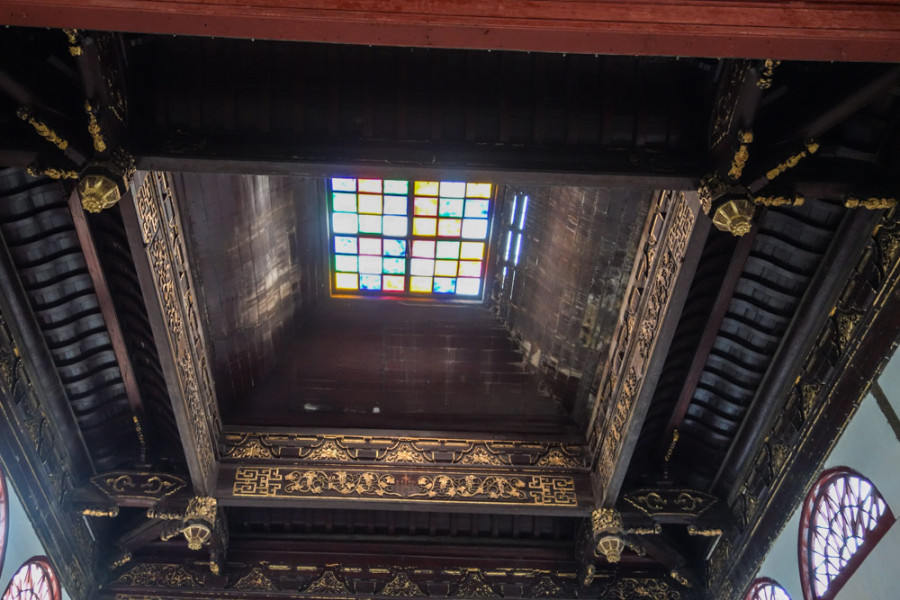 In 2014. Painted the skylight in primary colors to resemble stained glass. Thankfully, the odious hanging lamps from the school gym times were removed. 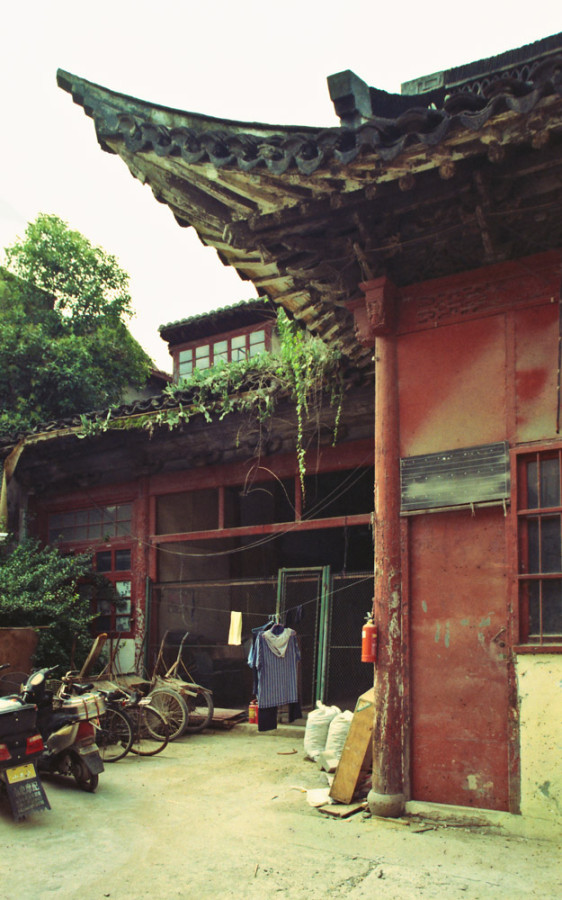 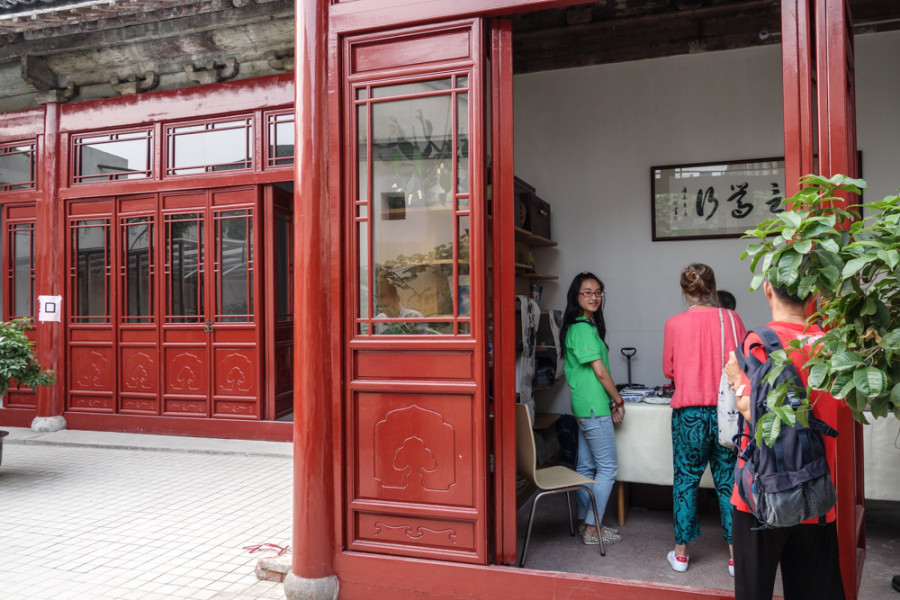 In 2014. Pseudo carved doors replaced the ad-hoc sheet rock. The cheap sheen of the new paint can ruin any old building – but not in the eyes of the "restoration" teams that keep slathering even the venerable Yuyuan pavilions in brownish floor paint. 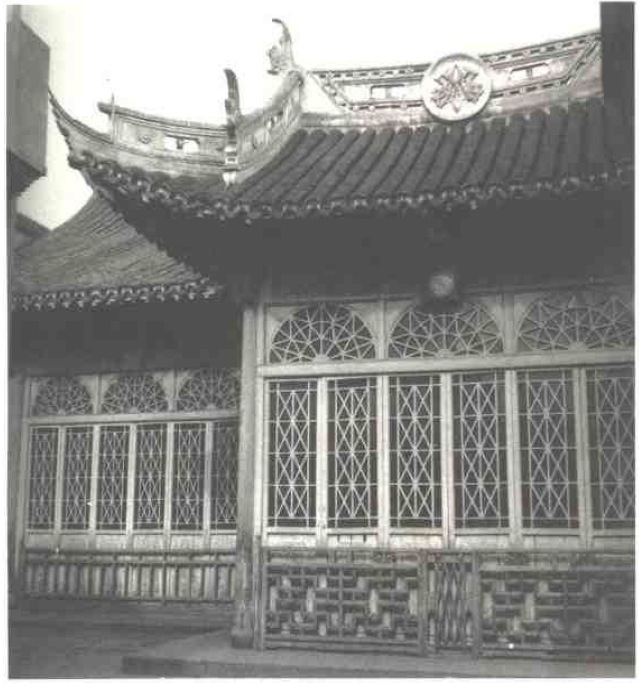 The directive for this renovation must have been "cheap," so they did not go for the original look. For all I know, the building will remain part of the senior citizens activity center.
Collapse