Shu Liao, 82, an ethnic Manchu, started out driving trains after dropping out of middle school. But he found his calling when he turned to documenting hutongs. For three decades, he has created hand-drawn maps, written essays and taken photographs of the traditional homes in Beijing, working against time to catalogue a disappearing way of life.

When did you start to document hutongs in Beijing?

There had been discussions in newspapers in the 1980s about improving the living standards of Beijing residents, and I had a feeling the hutongs would be demolished. It would be a shame if there were no records of the structures, so I decided to take on the task for the benefit of future generations. Once, a relative went to visit Hong Kong and I asked them to bring back a camera so I could take pictures. They were originally black and white, and I later realised the photographs could not do justice to the beautiful door decorations and the overall appearance of the hutongs, especially in summer with the trees and flowers. Eventually I was able to take pictures in colour. I completed photographing all the hutongs and drawing small maps in my notebook in 2002 and finished 30 large maps last year.

What areas does your map cover? 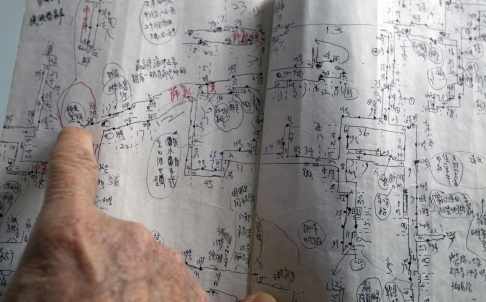 It is a huge project. How did you manage to complete it?

I started taking pictures of hutongs near my home and soon realised that even several years of devotion to the project would not be enough. I was already an old man and so I started over again with the hutongs far from my home and which the authorities had already announced would be demolished. One time I returned from my daily sojourn and could not remember how several hutongs all with the name of Yongkang were arranged in relation to each other. So I decided to draw a map of my explorations. I heard such maps had been drawn in the Qing dynasty by royal cartographers and eventually saw a replica in an exhibition by the Beijing Municipal Archives. It was very impressive and each courtyard was marked and clearly laid out, but the map did not give any detail about the famous houses or small hutongs. So I wanted to improve the map in that regard.

The project must have cost a lot of time and effort.

I have done nothing else since the 1980s but photograph and draw maps of the hutongs. I don't drink or smoke and I have no other hobbies. When doing my research, I awoke no later than 5am and went out. Whenever I had 100 yuan extra for a month I spent it on camera film.

How many hutongs have disappeared?

The maps show the hutongs as they were at the end of the last century, and I did try to count how many were there. I asked my wife to help and we tried several times together but had to give up. I am losing my eyesight and even one small mistake meant we had to start over. I know many are gone because there are now so many high-rises buildings.

What memories of your days cataloguing stand out?

I made several good friends during my explorations. When I visited the Chongxiao Temple in Chongwen, I met this old monk who donated rare paintings and treasures from several dynasties. He was very kind and told me tales about the temple and himself. I often went to his home and took him to hospital because he had no family. Another time I was struck by the beauty of a big courtyard and waited for a man to come out and answer questions I had because even the local neighbourhood committee could not give my the information. He invited me to meet this bedridden, 92-year-old man, who told me the family history. They were the 33rd generation of a king from the Tang dynasty who lived in Zhejiang province. We became good friends. For nearly two months, I went to his bedside almost every day. His condition worsened and he died but one of his last wishes was for his son to tell me about his final moments and asked for the family to continue the relationship with me. I attended his funeral and published an article about his house and family.

Were there any bad experiences?

On several occasions I was mistaken for a thief or trouble-maker, and I was even taken away by police who thought I was a thief. Once, I was appreciating a hutong at 5am and suddenly, out of nowhere, a police officer and two men appeared. The officer did not believe my explanation about what I was doing and said I must be a thief. He eventually let me go after contacting my work unit, but the event soured my mood and so I went home for the day. 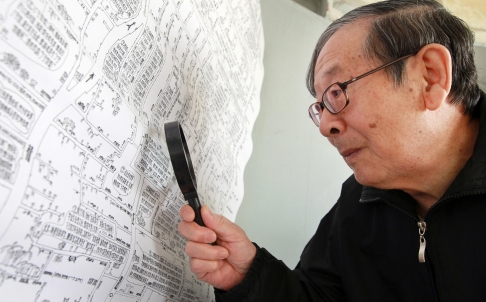 What are you working on now?

I have almost finished my third project - a collection of essays about couplets inscribed on hutong doors. The couplets say a lot about the owner's pursuits and their social status. I might be a middle school drop-out and have a poor family background, but I never stopped reading or researching. When I really could not understand something, I simply knocked on the door and asked the owner. People were nice back then and invited me in and patiently answered my questions. Now if you knock on someone's door they are on their guard.

Do you want to publish your work?

Last year a publisher contacted me to about my writings and maps but they wanted me to provide a digital version. I don't know how to use a computer so that plan did not work out.

You grew up in hutongs but have lived in a modern building for the past 10 years. Which do you prefer?

I would love to have a courtyard with modern facilities, but if it's several families sharing a crowded yard, then I'd rather live in a [modern] building.

Below is my photo from Beijing hutongs. 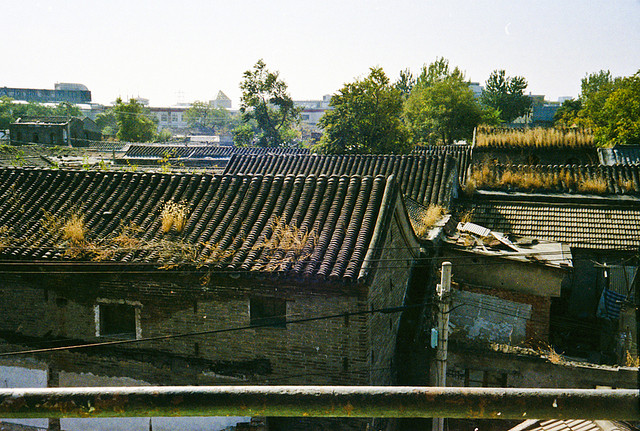