Signor Francesco, Italian tourist who arrived in Shanghai some eight days ago, had the unpleasant experience of being kidnapped by three Chinese, shortly after 7 pm yesterday as he was leaving the St. Anne Building, Rue du Consulat [1]. He was released three hours later and French Concession detectives in co-operation with Italian consular authorities were still questioning him at an early hour this morning.

Signor Francesco had just left the building where he had called on a friend, when suddenly three armed Chinese forced him into a waiting motorcar. They tied his hands and covered up his face so that he would not know where he was being taken, and a few minutes afterwards he found himself in a foreign-style house, the address of which he does not know, as he is a newcomer to this city.

There the group of kidnappers asked him whether he was Italian, to which he answered in the affirmative. He was asked to give his name, and when he did, the men seemed troubled as it was apparent that they had kidnapped the wrong man. They asked him where he lived and when he told them that he had lived on Avenue du Roi Albert, they again bound his eyes, and conveyed him to the corner of Route Paul Henri and Avenue du Roi Albert where they ordered him to alight from the car and not turn around as they would shoot him otherwise [2].

Signor Francesco obeyed and thereupon went to a restaurant situated opposite the Auditorium [3] from where he informed the Italian Consulate and the French Concession police. At least one Italian, a lawyer, lives in St. Anne Building and the police are now making investigations to ascertain whether he is the intended victim [4].

Published in the North-China Daily News, September 9, 1939. There were no follow-ups to the case. 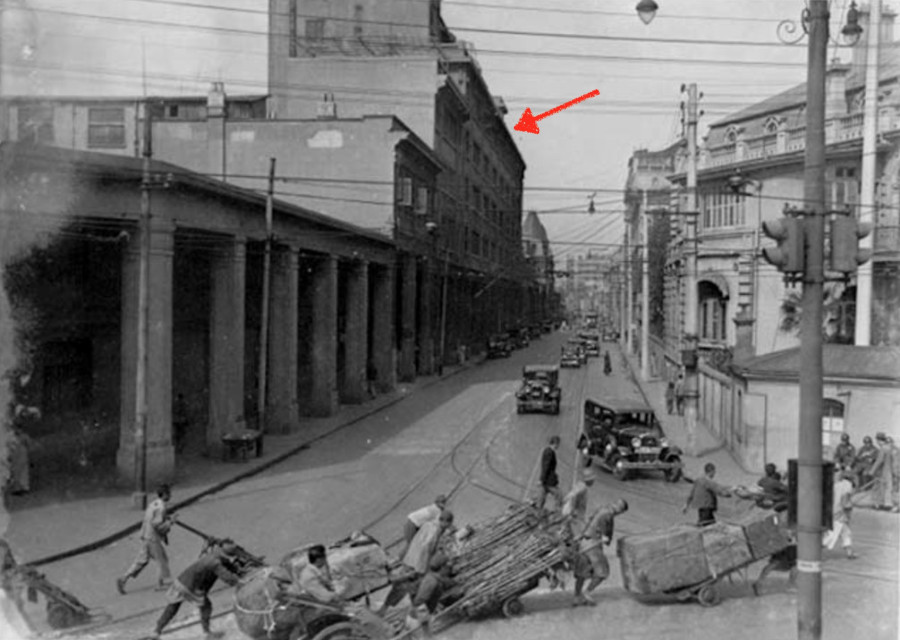 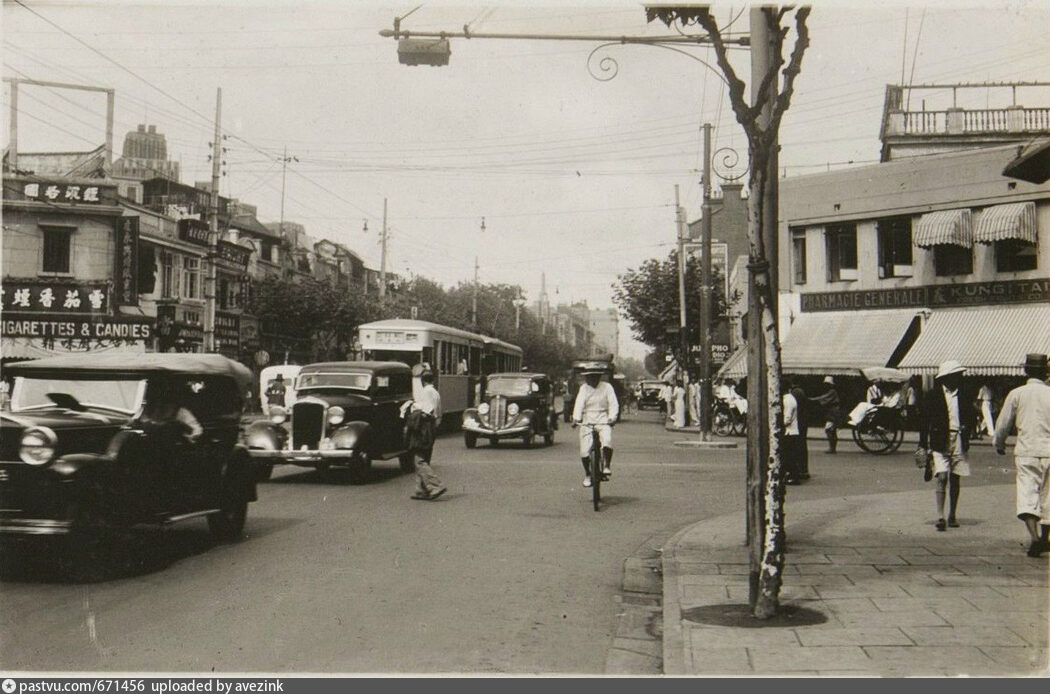 And this is the quiet corner of Route Paul Henri and Rue Lorton, one block west from the drop-off location:

[3] Upon his release, Signor Francesco might have gone to the Sevilla Restaurant to call the consulate and the police. There were several restaurants on the block opposite the Auditorium, but Sevilla, owned by his compatriot Maiocchi and serving Spanish and Italian dishes, was popular with Shanghai Italians. It is quite likely Signor Francesco, who stayed in the vicinity, had already met his namesake, Francesco Maiocchi: 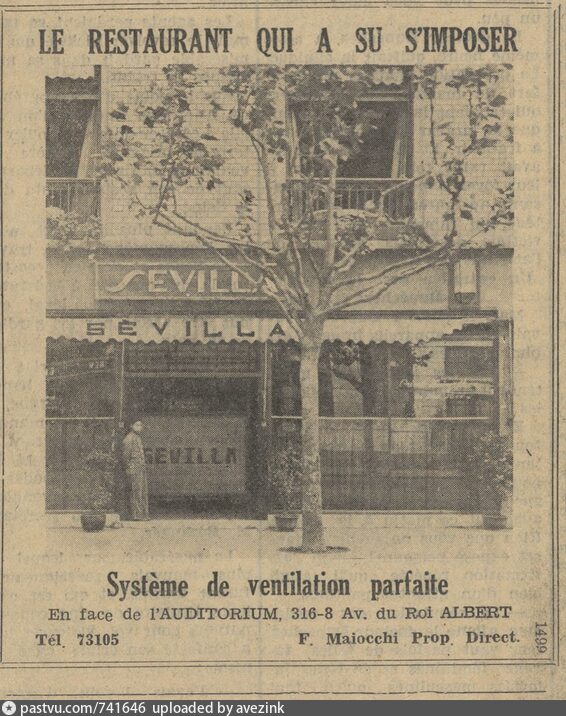 Interior of the Sevilla Restaurant during one of the Italian community gatherings, in 1931: 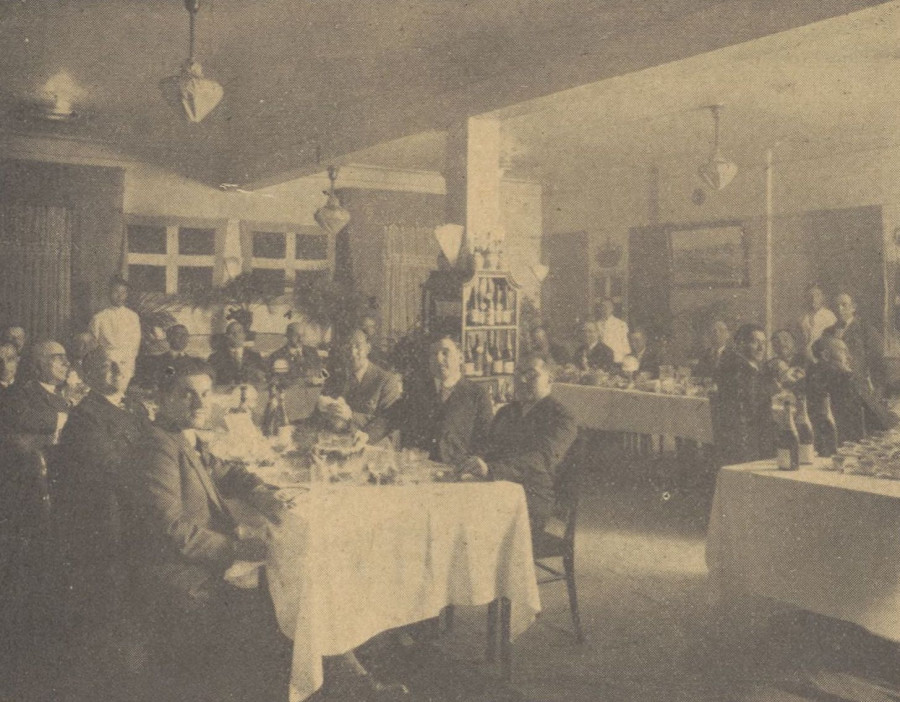 In the juicy memoir Shanghai, Paradise for Adventurers this restaurant features under the code name Barcelona, and its manager, named in the book Signor Brunati, is portraied as "an enthusiastic exhibitionist whenever he spoke about Mussolini or of the war in Africa." His dark secret was that he was a drug and gun trafficker, hiding from justice in Shanghai.

[4]
The newspaper mentions an Italian lawyer living in St. Anne Building, but there are no Italian surnames in the residents' lists for the years 1938 and 1939. There is, however, a well-known French lawyer living and working there at the time – Reginald d'Auxion de Ruffe, who was killed by hired assassins at the entrance to St. Anne Building two years later. It is quite likely the kidnappers were after him already in 1939. 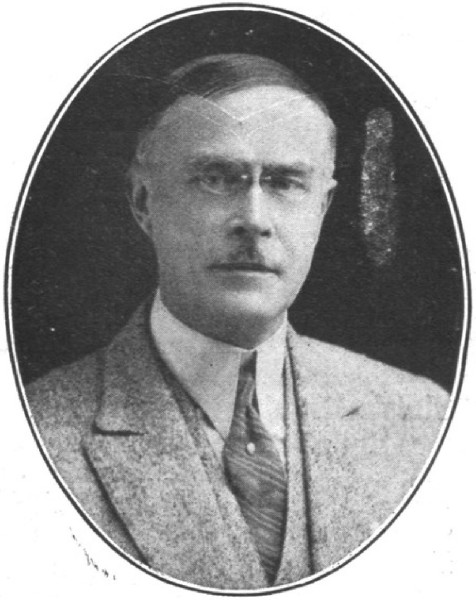