Colourful Shanghai in 1945 – by Lyle Oberwise 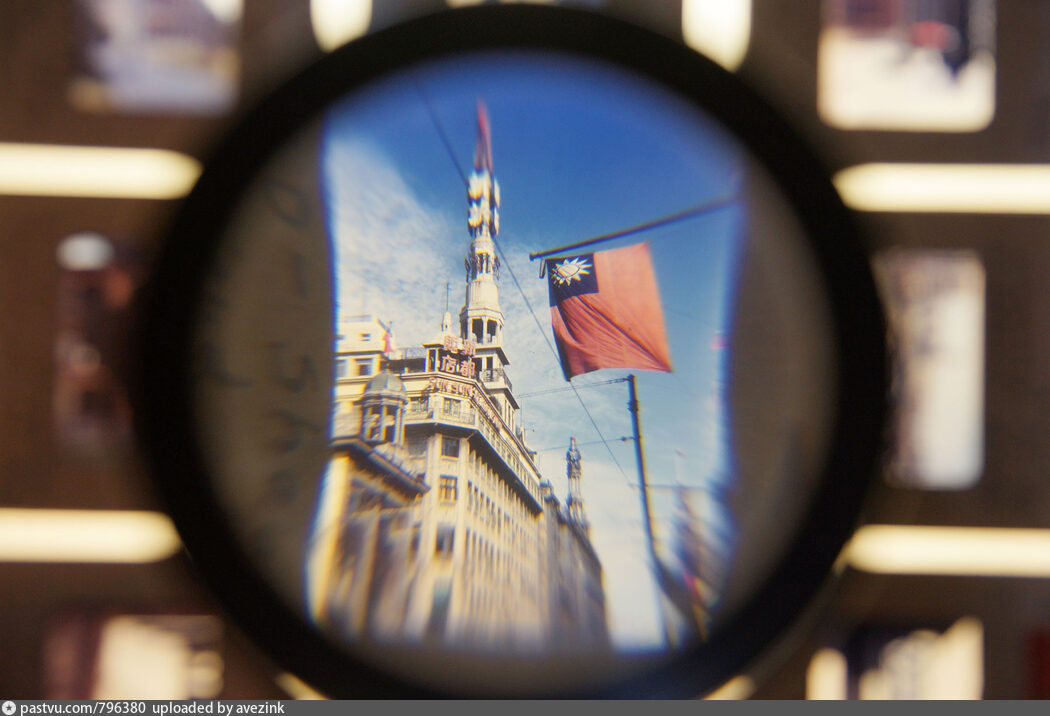 The discovery of Lyle Oberwise's colour photographs of Shanghai must have been quite a feast for local history lovers. Many of his photos depict locations that look different nowadays, or are no longer there, so I tried to map them. The slide above shows the Sun Sun Department Store – warped by the archivist's magnifying glass.

1. The Great China Hotel 大中华饭店 on Tibet Road is still there: 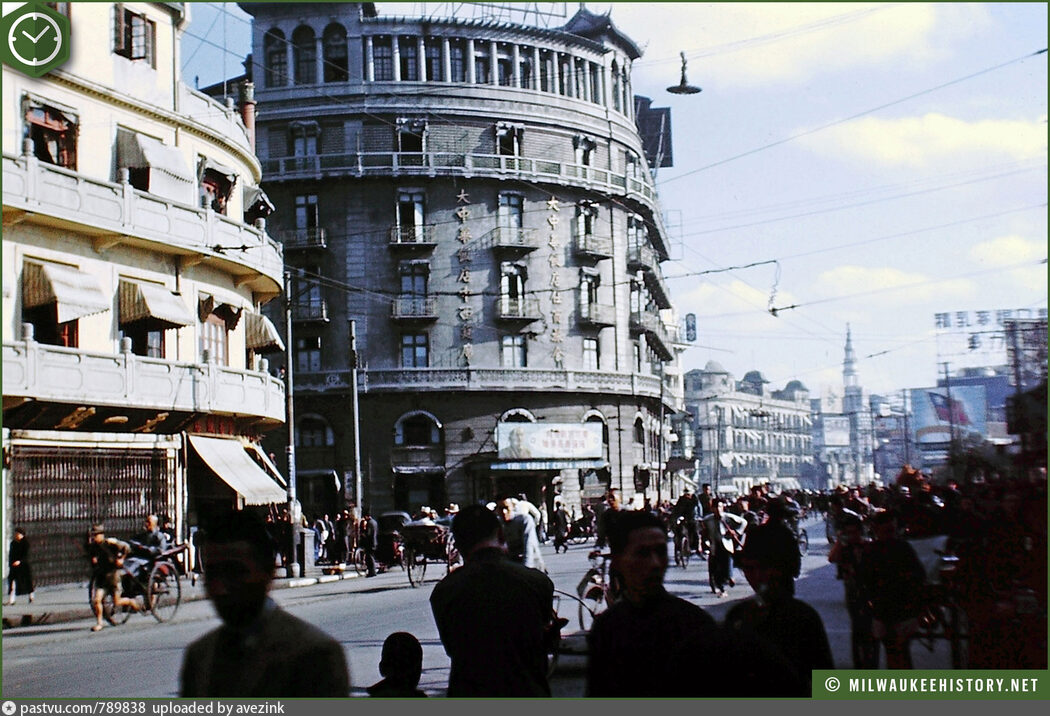 2. The building on the left on the photo above housed the Summer Palace Restaurant that served "hygienic Chinese food:" 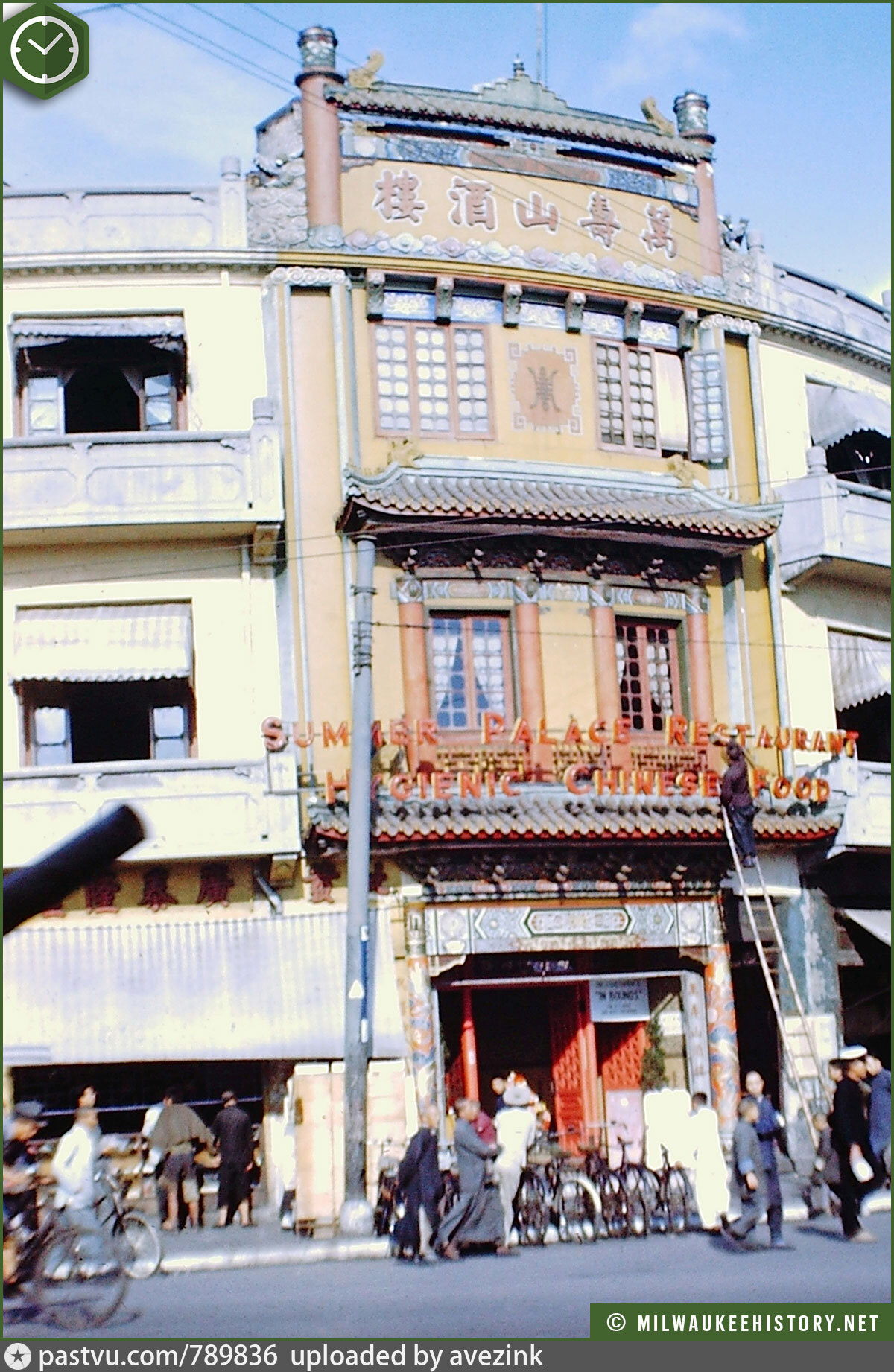 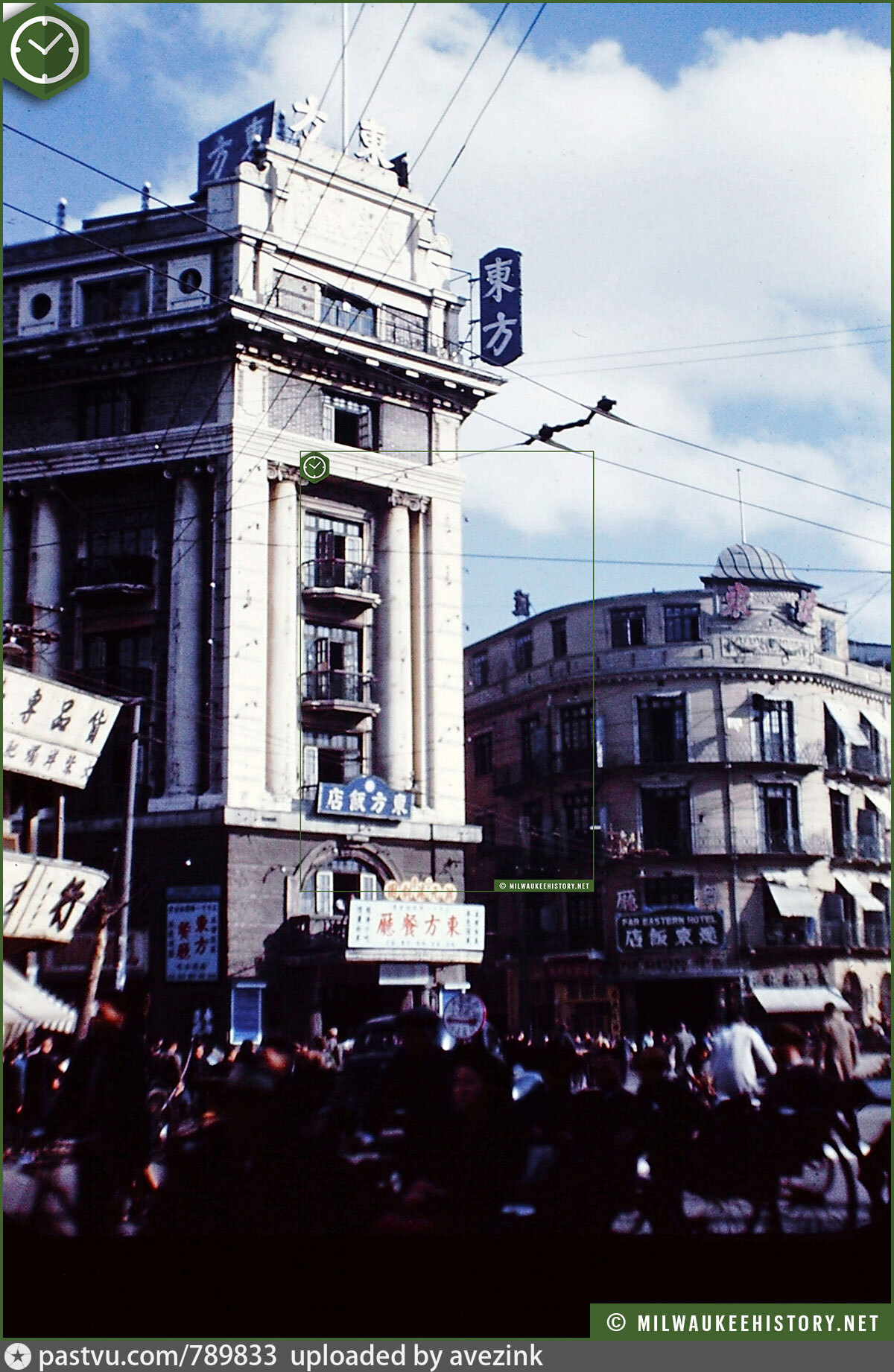 4. At the intersection with Avenue Edward VII, Oberwise took a picture of the Great World and the Gongwutai Theatre: 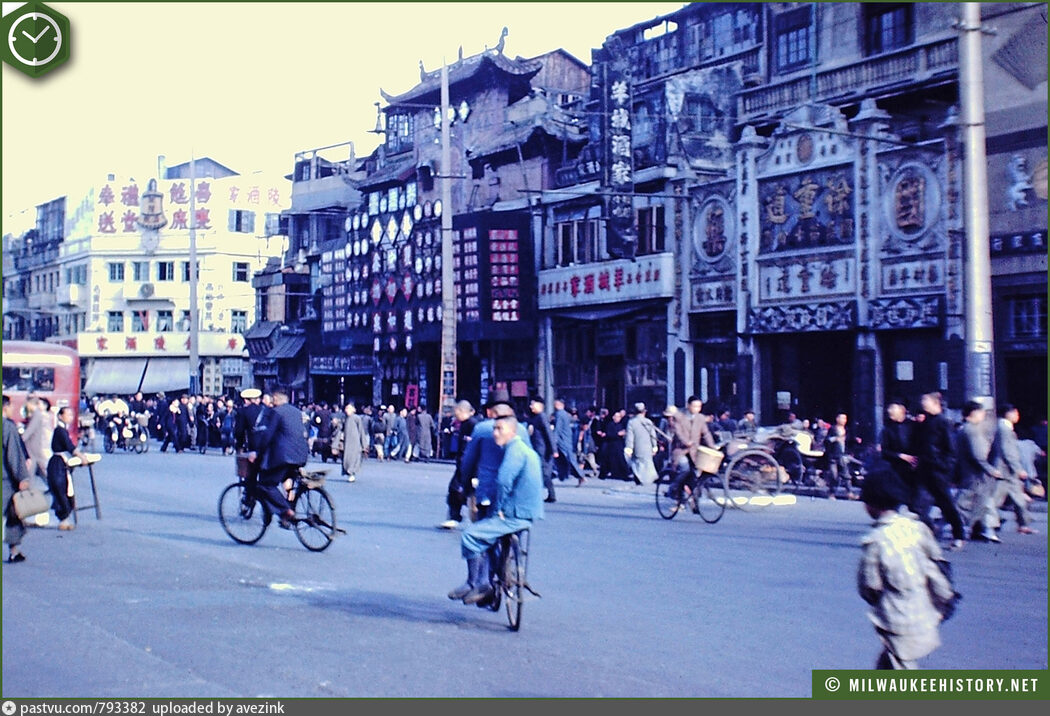 5. A bit to the north along Tibet Road, the Moore Church: 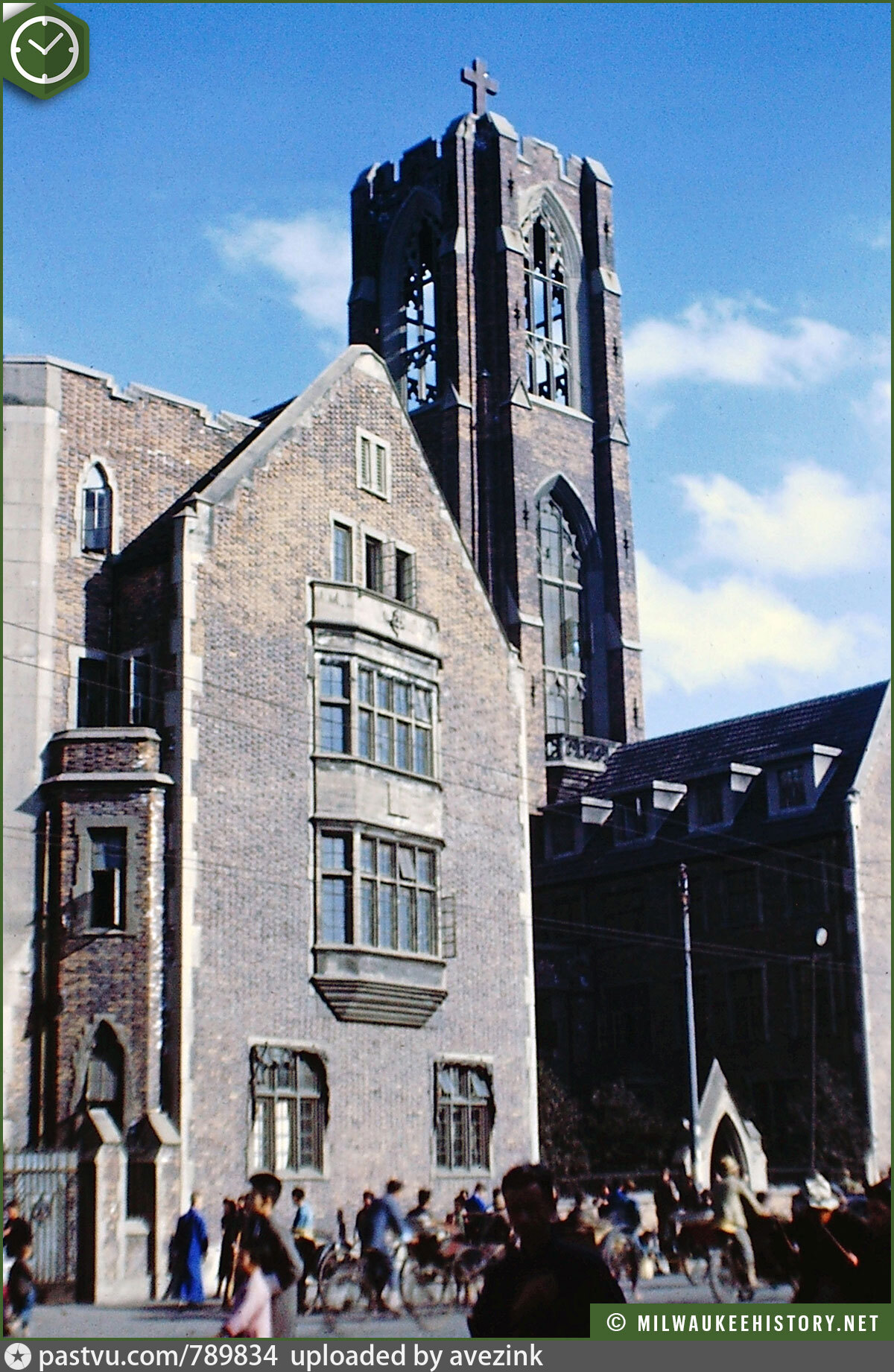 6. Here is the Sun Co. Department Store on Nanking Road, with Chiang Kaishek's portrait, which fascinated many foreign photographers of the time: 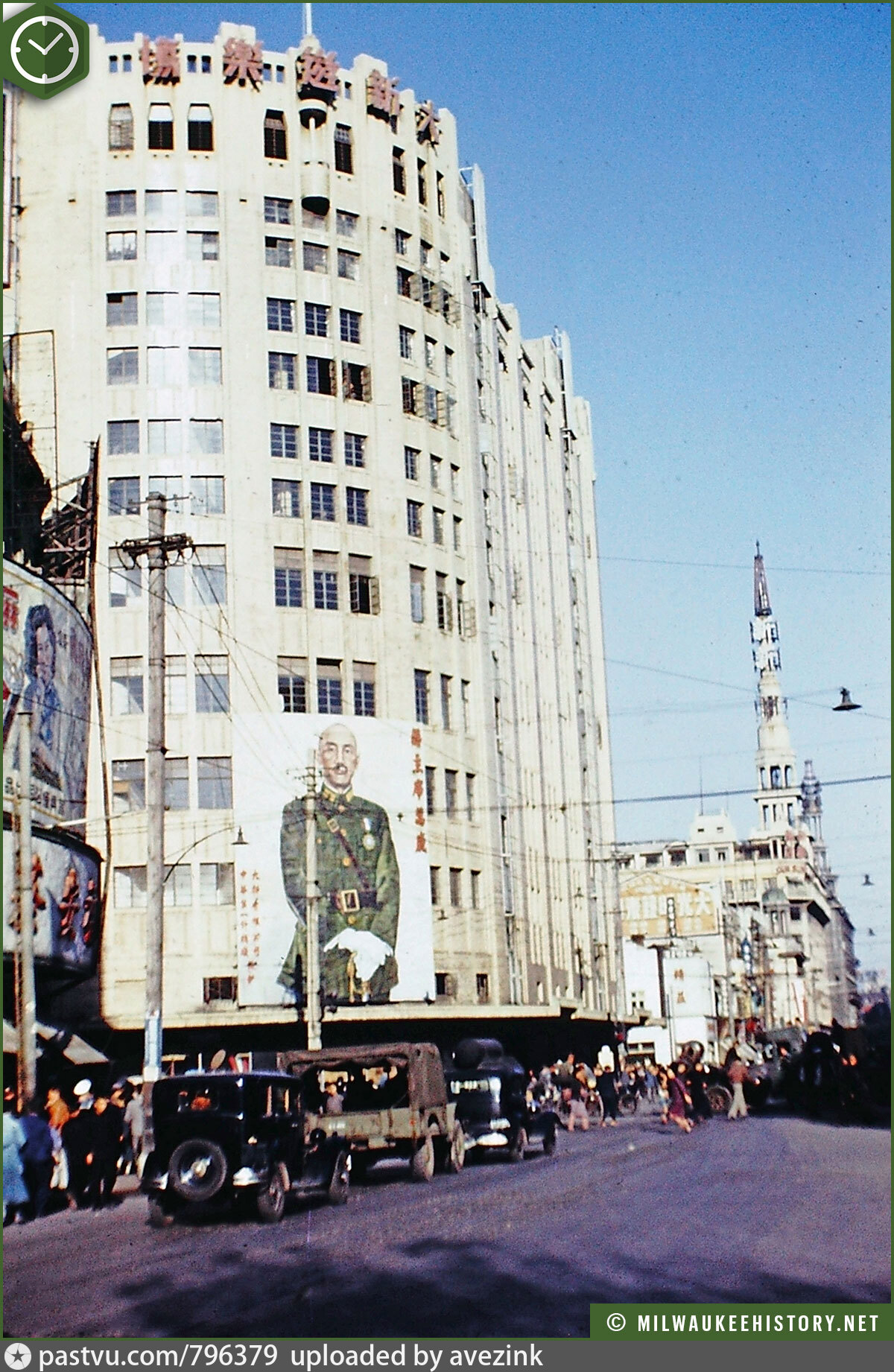 6. Oberwise took a couple photos of the Foreign YMCA on the northern edge of the Racecouse: 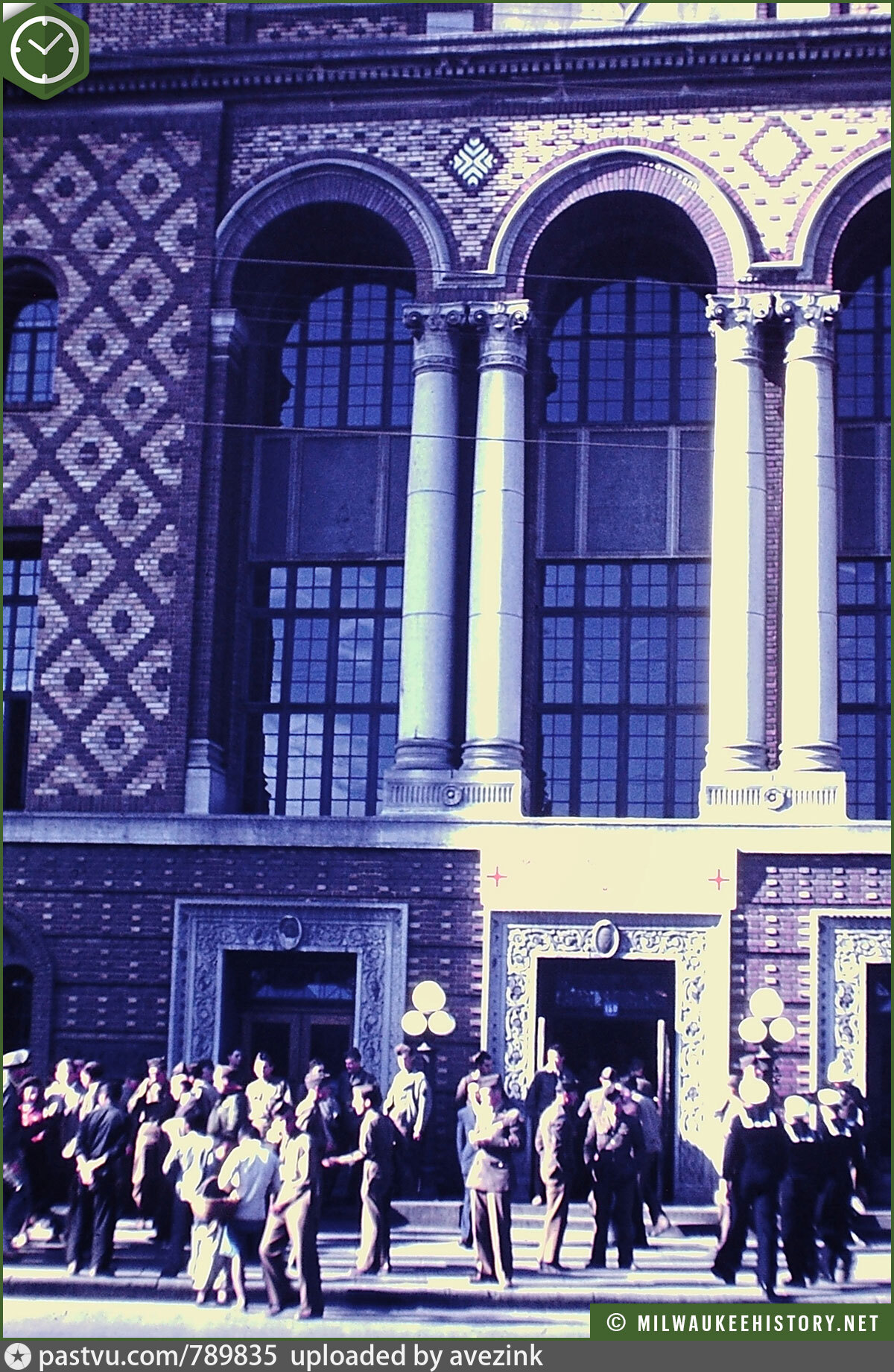 7. He took the best photo (known to me) of the Dah Tung Bookstore on Fuzhou Road: 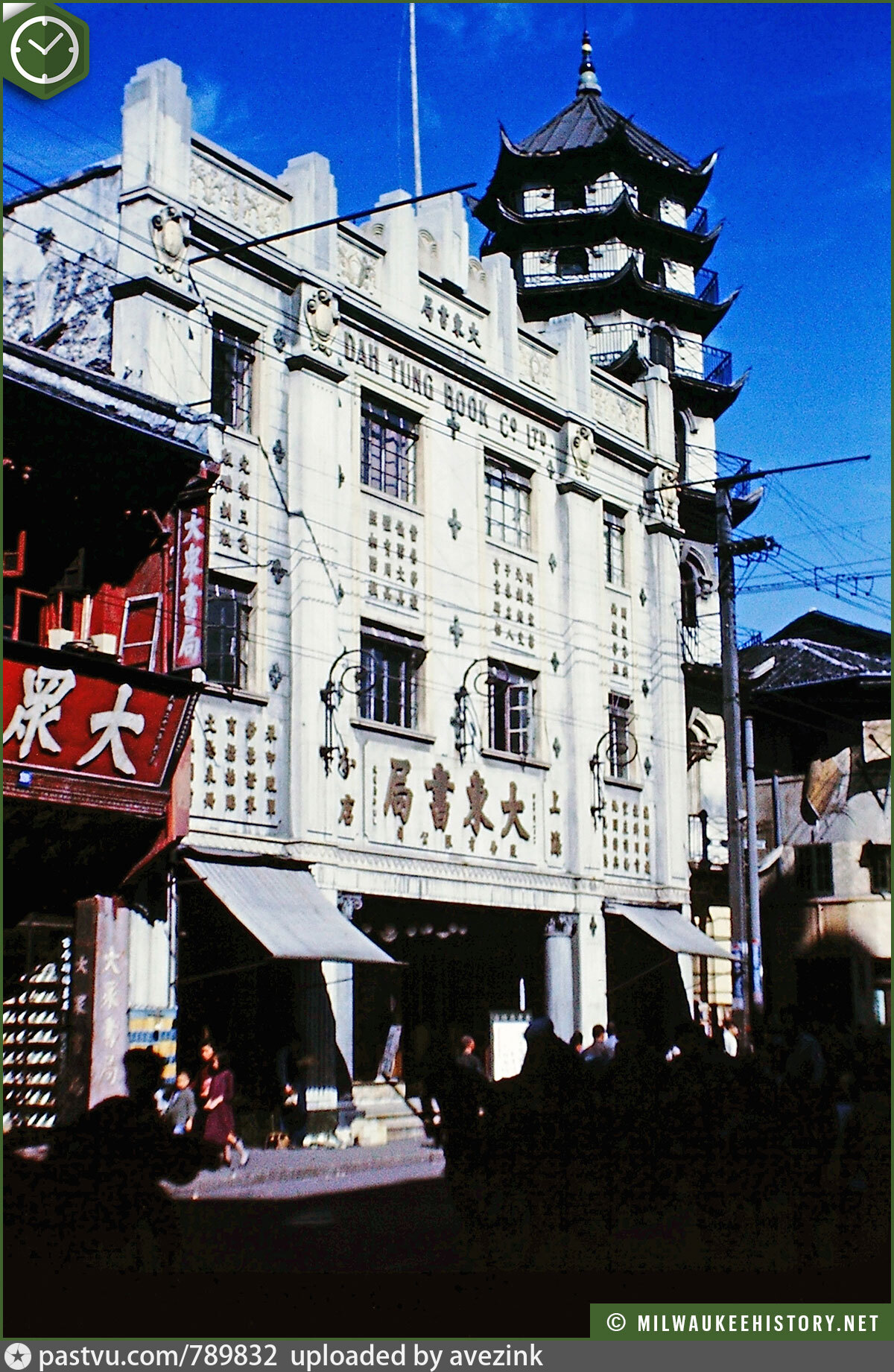 8. Where Avenue Edward VII becomes Avenue Foch he found the green building of the Lihua Theatre (which is no longer there): 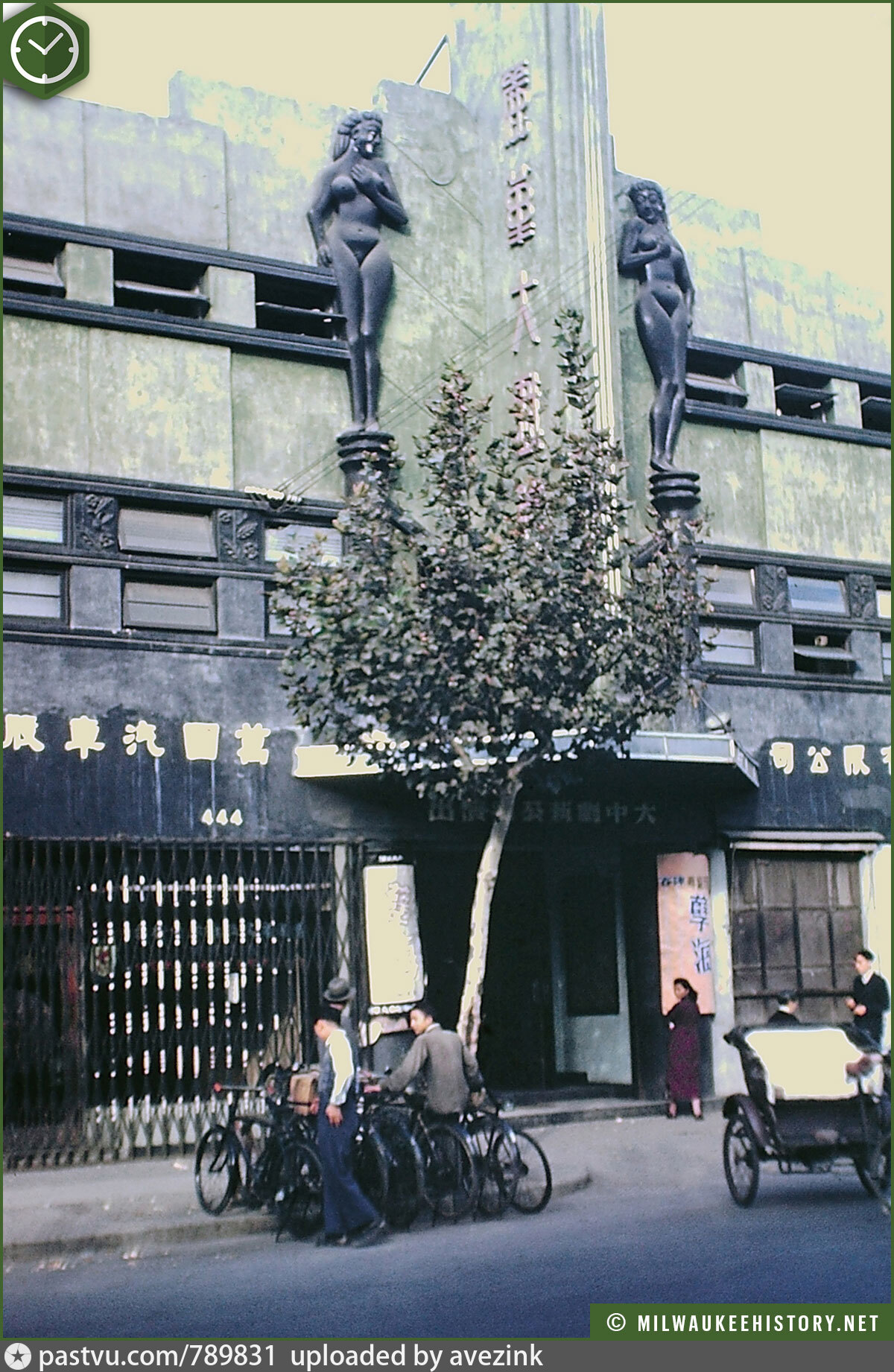 9. The Hero Hosiery on Nanking Road:

10. Here is a view of Nanking Road, facing east: 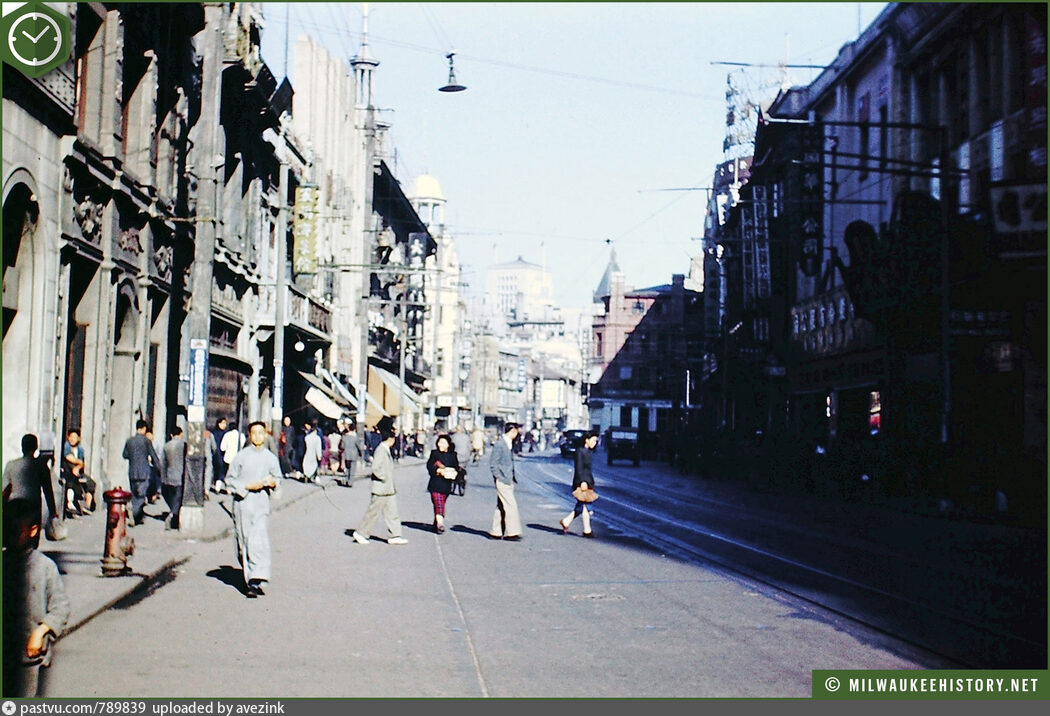 11. Another stretch of Nanking Road, close to the Sincere and Wing-On: 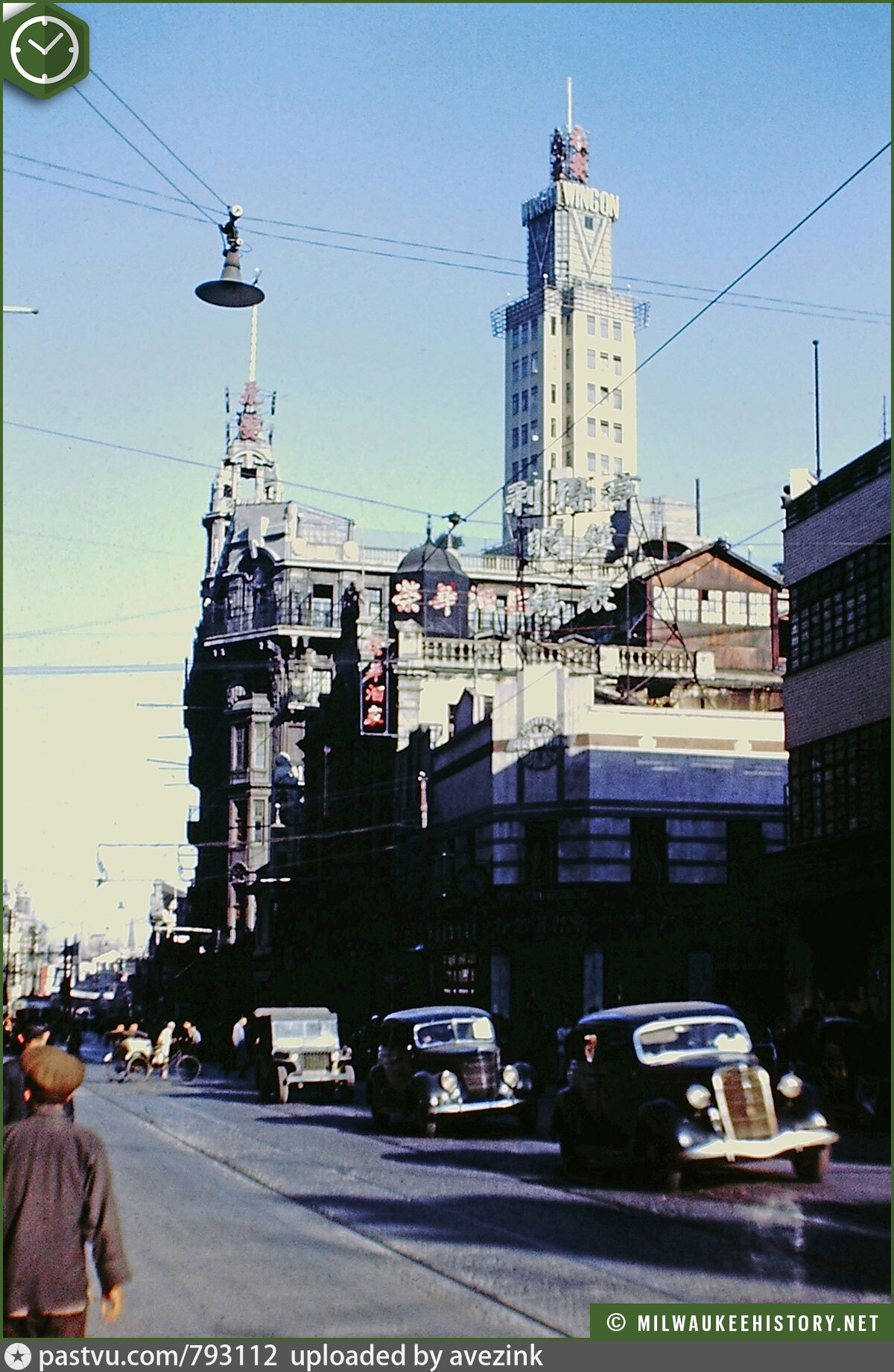 12. Here is the intersection of Beijing Road and Henan Road that has been redeveloped since: 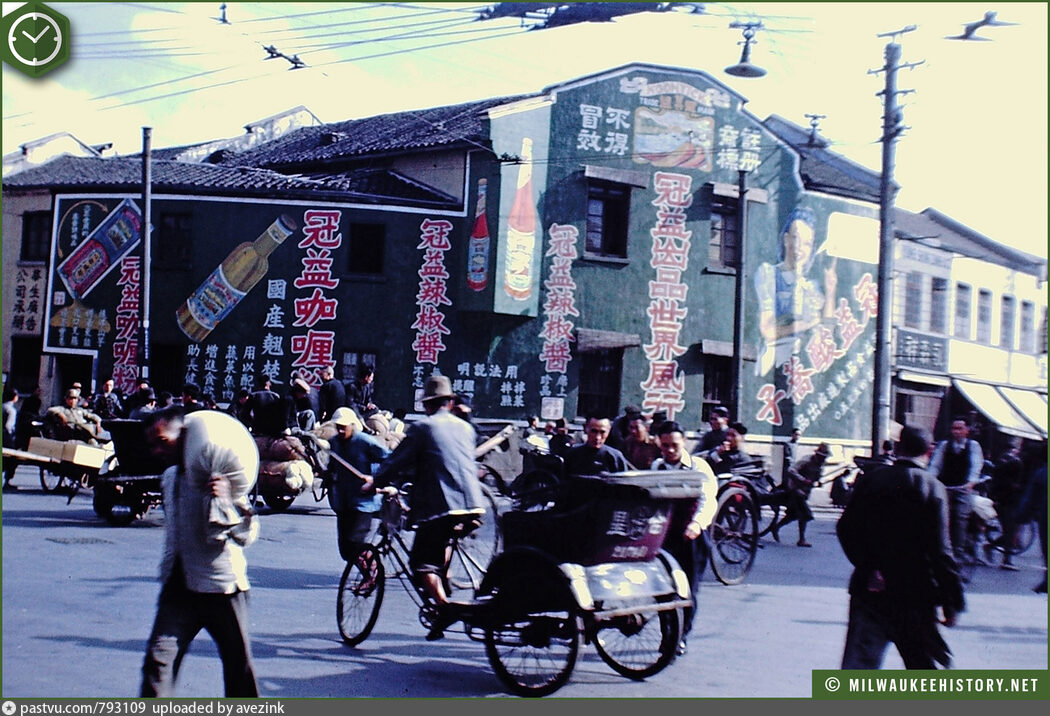 13. To the north of the downtown, he took a photo of a corner of Tangshan Road, that has since been wiped out for good by developers: 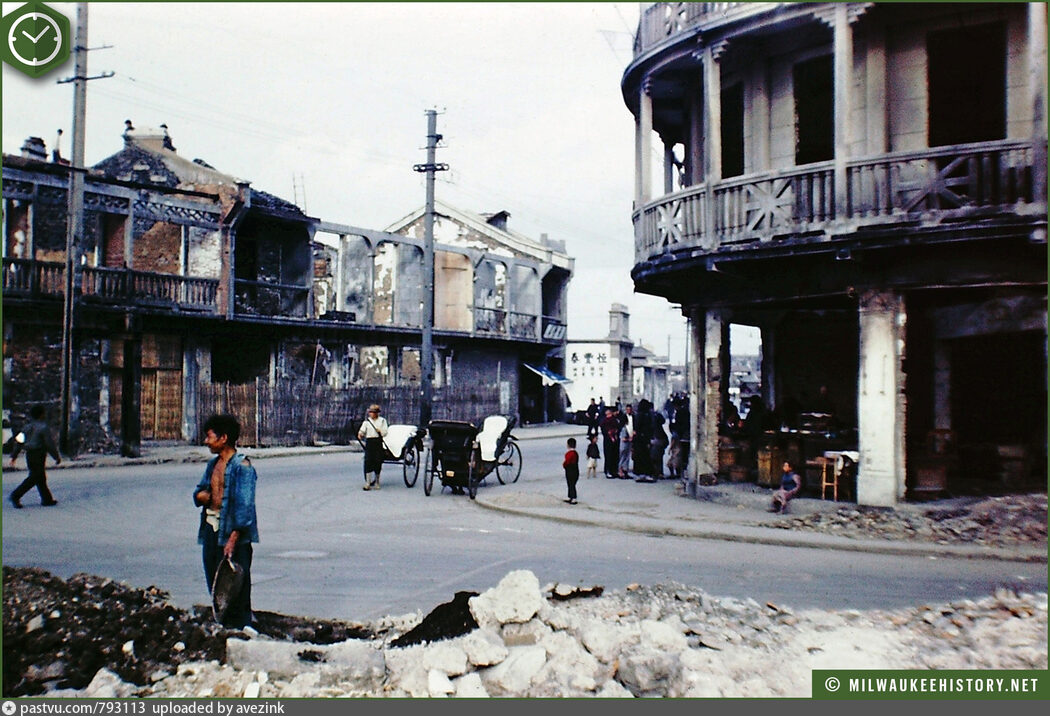 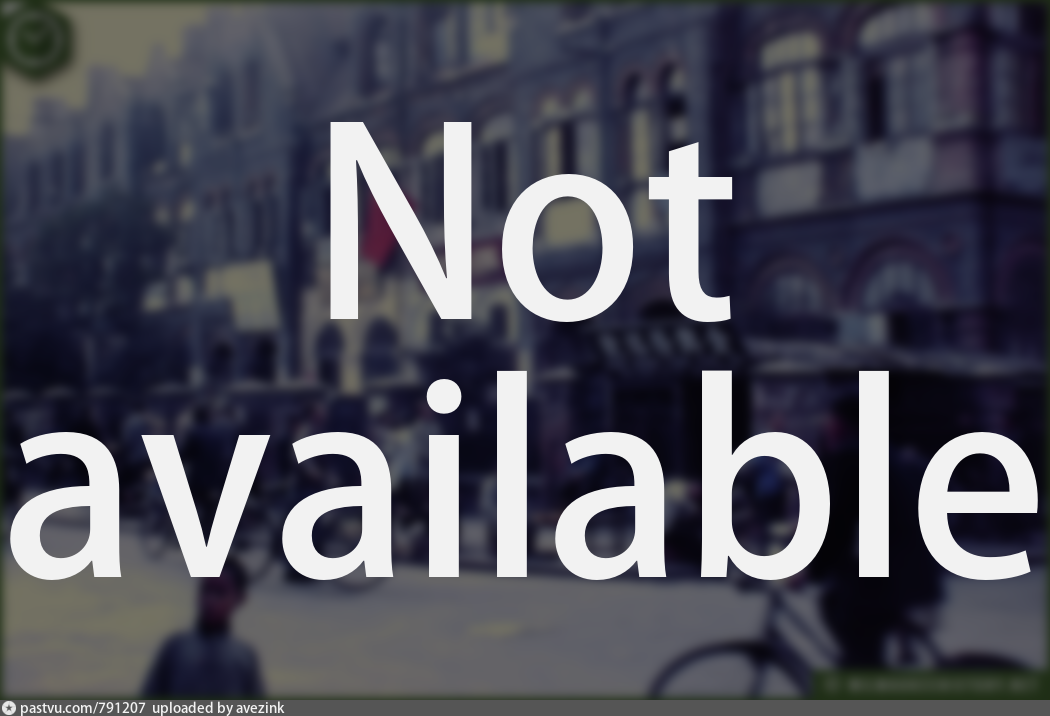 I don't know how many photos of Shanghai were left out of the selection, but hope they all go online at some point.
Tags: 1940s, mapping, oberwise, pastvu, photography, shanghai, then and now
Subscribe

Posts from This Journal “photography” Tag